Expansive and ambitious is just about the perfect description for Shortwave Research Group’s latest album, Fabryka. This is the most elaborate project SRG has ever taken on, with the writing and recording process lasting two years, and recording taking place in both Berlin and London. Each of the album’s eight tracks is a lesson in songwriting, with its dark ambient sound further influenced by techno, hip-hop and modern classical compositions. The tracks are also heavily motivated by the cities in which they were recorded, with the 2017-2019 political landscape in both Berlin and London playing heavily into the recording process.

With Fabryka, SRG’s third full-length record, rather than offer the listener disposable, easily digestible sounds, the artist set out to envelop, and even overwhelm listeners with the texture and form of each track. Meant to be experienced on the biggest and most powerful sound systems, one needs to truly indulge in all of its twists and turns to fully appreciate Fabryka.

Thankfully, to accompany this haunting, hypnotic, dystopian soundtrack, Shortwave Research Group bestowed us with an exclusive track-by-track rundown of everything you’ll experience on the album, including the inner meanings behind each aspect of every song.

“I love albums. I love narratives, plots and themes that hold a release together as a conceptual whole. I’m probably an anachronism because of it, but I can’t stop myself from adding short pieces that anchor the album as a whole. ‘Intro’ is there to establish the musical themes that permeate what you’re about to hear. It’s the sound of the titular factory slowly springing into life.”

“The first of two fairly overt odes to former British Prime Minister Theresa May, architect (though to be fair not the first to introduce the concept) of the ‘Hostile Environment’ immigration policy whose main aim was to make staying in the UK as difficult as possible for migrants with the intention that they would leave, ideally voluntarily, or be dissuaded from entering the UK in the first place. It turned vital social functions in the UK such as healthcare and housing into unwitting arms of the Home Office: legally-bound to check the residency status of foreigners, with various entirely predictable knock-on effects such as already-vulnerable minorities refusing to obtain healthcare they were entitled to for fear of being deported.

On a personal level I find the whole thing disgusting, but what also fascinates me about this is one of the thematic lynchpins of Fabryka: identity and reality. I’m interested in how an entire country can project and be proud of a welcoming image on one hand whilst implementing completely contradictory policy—that even a state can exhibit schizophrenic and dissociative behaviour. Maybe states are more prone to it than people, even.”

“I think this was the first track written for the record, whilst I was living in Berlin. It’s inspired by the dark, sweaty environment of Berlin’s nightclubs. In the production itself I’ve tried to communicate a sense of that high-pressure sub-bass resonating the air cavities inside your chest. Thematically this is about isolation and disconnection in communal or intimate environments—being packed inside a room with others, but completely alone with your own mind and your own experience, oblivious to your surroundings. Just you and the sensory interference of the music and strobe lights in a darkened space. People talk about the shared, communal experience of the rave, but for me it’s always been more complex than that. I appreciate the shared experience, I don’t think it would work if I was the only one there, but in the end it’s just me, and the music.”

“The true darkest point of the album. If the preceding track is about the communal space, this is about the opposite: a very real isolation. I’ve spent a fair portion of my life in transit, in a very literal sense: on planes, trains, coaches, frequently in the middle of the night and early hours of the morning. There’s a certain atmosphere that these connecting transport hubs engender when you’re all but alone inside them—the facilities closed, the staff gone. This track really evokes that imagery for me.”

“Like the first track, this is another anchor point and marks the conceptual ‘side two’ of the album. A palette cleanser of sorts, sonically much lighter, based around some simple metal percussion loops. Thematically we’re back to the factory from ‘Intro.’ While the sounds imply that the machinery is operating, the cavernous space suggests a place devoid of life. Where are the workers?”

“The title of this track is taken from the film of the same name, written and directed by James Ward Byrkit. It deals with trust and identity, and is a wonderful reflection of some of the themes of Fabryka: isolation, de-personalization, solipsism. There’s a creeping paranoia that builds throughout the film that I’ve tried to replicate here. In many ways, you could think of this as an experimental, highly-condensed soundtrack for the film.”

“‘Linear B’ is the earliest known form of Greek writing that has been deciphered by academics (its parent, Linear A, was never deciphered). Writing and identity have an interesting relationship: with writing, it’s possible to claim yourself to be someone that you aren’t, and no one who doesn’t know you personally will be able to separate fact from fiction. Musically this one owes a lot to my earlier, pre-УВБ-76 work, which was a lot more influenced by drum and bass music. I started finding my voice as Shortwave Research Group when I began dropping down into lower tempos, and introducing foundational elements of drone and ambient music.”

“The second of the two tracks that directly reference May’s reign as Prime Minister. By the time of writing this track, I was based in London, right around the time of the infamous ‘citizen of nowhere’ speech in parliament. I remember being pretty much glued to live parliamentary debates for most of the time. I’d been working on this song for a while and knew it would be the closer for the record, but I hadn’t managed to title it. After the citizen of nowhere remarks, I knew immediately that I had the title. The music felt like a perfect metaphor for the government of the day, blustering, shouting, and coming apart at the seams, and the phrase summed up everything about the isolation and desolation of the whole album.” 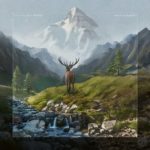 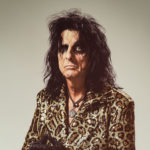