On January 14, 1980, Canadian rock trio Rush released its seventh studio album, Permanent Waves. The band’s previous three records, 2112, Farewell to Kings, and Hemispheres, embodied progressive elements and esoteric lyrical compositions that fans embraced and the mainstream overlooked. So, it was in the middle of rock’s new wave era that vocalist/bassist Geddy Lee, guitarist Alex Lifeson, and drummer Neil Peart (who died early this year after a battle with brain cancer) returned to Le Studio in Morin-Heights, Quebec, Canada with their producer of choice, Terry Brown.

Permanent Waves had made a sonic imprint as adventurous and experimental as their previous efforts had been, with arrangements that were more concise. The album had two songs that were accessible enough to receive play on FM radio: the first was “The Spirit of Radio,” the opening track, with the timeless Peart-penned lyrics and catchy hard rock elements—poles apart from most of the music being made in the middle of rock’s new wave era. Second, with an inclusive message and its resonant instrumental color, “Freewill” has also had continual airplay since its first spin.

The three-movement composition, “Natural Science” is the exception, clocking in at nine minutes and twenty seconds, and is undoubtedly the least-played track on terrestrial radio, yet one of the most staggering songs in the Rush live show cache.

Having had already established themselves as a live band that thrived on the road, Rush’s Permanent Waves tour covered cities in Canada, the US, and the UK from January to June of 1980.

As stated in interviews and demonstrated in their modus operandi, Rush’s aim was never to become press darlings or radio heroes. The fact that they had enjoyed a great measure of commercial success spurred their autonomy and gave them the platform to keep making the music they wanted to make—devoid of pop fashion or flavor of the day. And perennial Rush fans are heavily devoted to the consummate power trio’s independence. 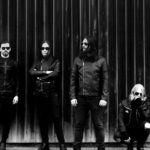 UnCovered: Secrets of the Moon Walk Us Through the Artistry of Their ‘Black House’ 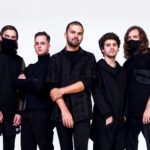