If you Cherish your rock n’ roll as much as we do, then you’ll find a lot to dig about 7candystars. That’s because the duo has a very likable, recognizable modern rock sound that brings back fond memories of all the alt-rock greats of the ‘90s, and they’re not afraid to admit it! Take their brand new EP, Cherish, for instance, which drops on May 15th. It’s four power rock tracks that lean on the more aggressive side of things with a few gothic, synth, and industrial inclinations that separates them from the rest of the alternative rock pack. This is none more evident than on their new single, “Cordial.” The song progresses just as well as any other alternative rock track, but it’s more than just your typical radio rock hit. It’s gruffer, more aggressive, and contains heavier breakdowns than the usual paint-by-numbers rock fare. It’s about as complete of a track as you’ll hear within the current rock climate.

Lyrically, “Cordial” doesn’t hold back in its approach to both pain and personal growth. As 7candystars indicate themselves, “‘Cordial’ is about being under someone’s thumb and realizing you need to separate yourself from that person in order to obtain personal growth. It exemplifies the pain you’ll feel from breaking away from the person in question, and how we as humans are all bound to both the infliction and enduring of suffering.”

Cherish may only be four tracks, but it’s more than sufficient to present to the world just what 7candystars are capable of. And who are the two mysterious men behind it all? Well, Kane Gelaznik (of Vomit Forth) and Jason Duarte (formerly of Pray To Keep) would be the driving force behind this new musical entity. The EP is their first formal release since forming in 2018 which makes this an even more impressive release for the basic fact that none of these four songs sound very much alike. They’re distinctive and indicative of two musician with a whole lot of songwriting talent and of course, a great deal of musical chemistry with each other.

With such a standout duo, this felt like one of those good times to get to know the men behind the songs a little more. So we spoke with 7candystars about “Cordial” and got some details about Cherish.

For the second single from your new EP, you’ve selected “Cordial,” a straight-forward kind of rocker. What made “Cordial” stand out as worthy of being the EP’s second single?

“‘Cordial’ is almost like a sister song to the first single ‘Corners.’ It just kind of made sense to release this song next. It also shows off how diverse our sound can be. There is a nod to the melody of ‘Corners’ at the very end, and a segue into the synth sounds from that song. Try listening to them back to back (pro tip).”

“Cordial” itself is focused on displaying someone’s true intentions. What motivated you to choose this theme for this particular tune? Was it motivated by a personal experience?

“The song is inspired by personal experience, but the lyrical content is still kept vague on purpose to show that we all are linked together in our trauma. The hope is that someone would listen to ‘Cordial’ in a time when they were hurting, and realize that we all have these instances in life. Instances where we feel controlled and manipulated, but that doesn’t mean we can’t take back that control or use these instances to make ourselves better.”

Run us through the songwriting process for “Cordial.” Was it a collective effort among all of the band members? Was it a difficult track to get to sound the way you wanted? Please tell us a little more about the behind-the-scenes process.

“All of our songs are collaborative. Kane creates a skeleton for the song on guitar and tracks it along with programmed drums and vocals, and then hands it off to Jay and producer Sean Ahern to expand on the idea and add synths, textures etc. ‘Cordial’ in particular was inspired sonically by the late ‘90s early ‘00s alternative rock sound. Particularly by the album The Science Of Things by Bush. That time in music and album in particular saw a merging of electronic and raw alternatives. That’s exactly what we set out to capture.

When we hit the ‘studio’ (Sean Ahern’s basement… where his insane skills as an engineer and producer FAR outweigh the technical setup) Kane did final takes of guitar and vocals in one day and then Jay expanded on the sound with bass, synths and electronic textures. We went through a few different ‘fake’ drum sounds until we found the exact one we wanted. We wanted the guitar leads to sound like very ‘wet;’ like water spilling over and through the percussion.”

Listening through to Cherish, I’d say that each of the four songs stand out a lot from each other. Was it your intention to include four very different songs and really show the depth and the breadth of what you’re capable of as songwriters?

“Most of our favourite bands sound like that, a wide range of sounds across their output that all have cohesive elements and a unique imprint that makes them each clearly and intentionally a work from the bands cannon and not a random track . There’s always like ‘the hard song’ or the ‘poppy song’ regardless of the style of the band. Smashing Pumpkins are a great example of this. The 7candystars mission is to break every boundary we can musically while still keeping a cohesive vision. With Cherish we really think we’ve achieved the beginning stages of that. The songs are all different, but you can still tell it’s the same band and the same album. This band is very much a work in progress, but we’re very lucky to have a strong and clearly stated vision for how to move the music forward.”

This is your first proper release since forming a couple of years ago. Do you have any additional songs done or are in the process of being completed anytime soon? 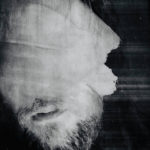 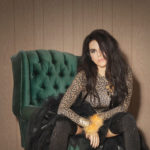 Art of the Meal: Michelle Kash on Food Voyeurism, Being Gluten Free, and Her Strangest Food Experience