As they say, “timeline is everything.” So, for kids like me, born during the psychedelic ‘60s and coming of age during the shagadelic ‘70s, Wings was Paul McCartney’s truly terrific troupe after he’d “warmed-up” in that other band. Sgt. Pepper, The White Album, Abbey Road — those records belonged to our older siblings. Ram, Red Rose Speedway, Band on the Run — those belonged to US!

In the course of five years, Paul McCartney certainly had cemented his rep as a successful, prolific artist outside of the Beatles — five consecutive Top Ten LPs and a slew of chart-busting singles. And 45 years ago this past week (May 27, 1975), he and his new, high-flying brigade dropped a personal favorite of mine via Capitol Records. The album — Venus and Mars.

The friendly-feeling, acoustic-driven title track combined with the arena-sized anthem, “Rock Show” was as heart-stopping as any of McCartney’s previous post-Beatles efforts — the magical medley made for a mighty American hit. Mysteriously melancholy, “Love in Song” was one of the record’s many delights, along with the charming Rudy Vallee-style “You Gave Me The Answer.” Personally, I’ve never felt that Linda received her rightful props fully for what she brought to the band. Simply put, no Linda — no Wings. And her signature-style contribution comes across clear as crystal in the bouncy, Rhodes-fueled “Magneto and Titanium Man.”

Slinky, sexy and bursting with raw emotion, “Letting Go” is a transparent, obsessive love song. Despite barely grazing Casey’s Countdown, it remains one of Wings’ most engaging offerings. In stark contrast to the band’s typically happy, snappy pop songs, “Medicine Jar” is uncharacteristically dark. Sung by McCulloch, it’s a cautionary tune regarding the realities of drug use and abuse. Penned by McCulloch and Colin Allen, the track served as a powerful Venus and Mars highlight and would be included in the live set list of the next couple of Wings tours. Simply irresistible, “Listen to What the Man Said” was an instant #1 smash — a contagious, Cajun-flavored classic featuring guest guitarist Dave Mason and celebrated saxophonist Tom Scott. Honest and pure, “Treat Her Gently / Lonely Old People” is a sweet, unpretentious love song that rounds out the record beautifully.

In a 1985 interview with Modern Drummer magazine, Joe English recounted how Wings really was a “group” effort. And Venus and Mars is a wonderful, timeless reflection of what a tremendous group they were. 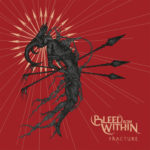 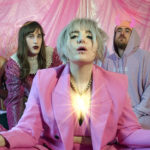