It’s no secret, covering Nine Inch Nails is an intimidating task. There’s no one who puts more time and effort into their presentation than Trent Reznor, so trying to reinterpret something that has already been fine-tuned for dozens (read hundreds) of hours is a tall order for even the most talented of musicians. While they may be few and far between, there are those capable of doing justice to a NIN song while also putting their own spin on it. The newest example is Néfele and their remake of the NIN classic “The Hand That Feeds” off of 2005’s With Teeth. What stands out the most about Néfele’s version of the song is how dissimilar it is to the original. Their adaptation sounds like an entirely new song and, with only the lyrics remaining the same, it goes to show you the originality of this Spanish, ambient/progressive rock act.

You’ll discover the same throughout the other three tracks on Néfele’s new EP, Cristal Revisited, due out on May 28th. Discussing the EP as well as what attracted the duo to covering “The Hand That Feeds,” Andoni Ros shares, “Cristal Revisited is a complementary work for the debut EP from Néfele, Cristal (2019). As a DIY band, we felt that before the release of any new material, we had to improve our skills, especially the recording and mixing/mastering field. We thought that doing a mini-EP with covers and remixes would be great to this purpose and at the same time to close this first stage of Néfele.”

Andoni continues, “‘The Hand that Feeds’ is the song that made me fall in love with the sound of Nine Inch Nails a decade ago. It’s very simple and straight forward, and it was a very cool experience trying to bring it closer to our sound while at the same time respecting the backbone of the original. Trent Reznor is one of my musical heroes, I love the way he approaches music, his ability to build a brand new musical world inside his compositions, and the rawness of his sound. I love polished and perfect sounding productions, but there is something very honest in that kind of rawness that I miss in modern-sounding records. I hope to learn how to replicate that in our own songs.

Raul Sangonzalo traded some guitar solos with me in that little jam that we added to our version. He is a very skilled guitarist and he added a lot of colour to the song with his contribution. We love to collaborate with other artists, we did it before at our song ‘Retorno’ with Eric Baulenas, the producer Revendless in his remix of ‘El Vacío,’ and we’ll do it again in the future, for sure.”

What’s particularly noteworthy about “The Hand That Feeds” is that it’s a hint at a different sound that Néfele is interested in exploring further on future songs. This isn’t the only cover on Cristal Revisited with the EP also including a remake of a Bunbury track. Formed in Valencia, Spain in 2017, Néfele is composed of both Andoni Ros and his primary collaborator Salva Ferrando.

The primary aim of the project is to use the platform of music in the pursuit of self-expression while searching for an identity. Ros and Ferrando make sure to describe Néfele as a completely DIY venture with no style of music excluded from their comfort zone. Each song is written, recorded, produced and mastered by Ros himself on his own personal computer. While their future musical direction remains uncertain at this point, there’s good reason to feel optimistic about Néfele’s future potential as a musical entity unafraid to go where others wouldn’t dare venture. 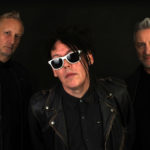 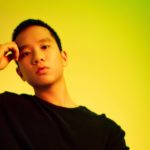