New Orleans band, Mighty Brother, has released their music video “Summer Road” – the second installment of their upcoming double album (The Rabbit. The Owl.), releasing on June 29th. Premiering on Music Mecca, “Summer Road” is “a summery, upbeat tune that’s tinged with rosy nostalgia and a hint of bittersweetness” (Music Mecca) as it sees the band on the open road of tour – something every musician is missing during the wake of the current COVID-19 pandemic.

The music video follows the band’s 2019 ‘Summer Road Tour’ across the country, from New Orleans to Denver, onward through Chicago and down the East Coast and captures the ‘simple fortunes’ of the open road, juxtaposing the camaraderie and friendships forged with the demands of touring. The music itself captures the band’s genre-bending sound of contemporary Folk Americana mixed with upbeat funk elements and instrumentation. “Summer Road” beautifully encapsulates those innumerable hours of reflection one might find gazing out the window on any long drive, the mind caught somewhere between going and finding, and leaving and lost.

Mighty Brother’s upcoming third album, The Rabbit. The Owl., is a prime showcase of the band’s unique musical flair and serves as an introspective look into Mighty Brother’s exploration of sound, concepts, and ideas. Exploring the emergent theme of duality in the band’s writing, many of the songs pose different perspectives to the same questions. Traversing concepts of introversion/extroversion, light/dark, day/night, spontaneity/meticulous calculation, action/reflection, and the colloquial/poetic, Mighty Brother ultimately challenges the listener to simultaneously both reflect on and look introspectively into one’s own conscience to understand the duality of intent and impact.

Musically, The Rabbit. The Owl. poses two different versions of the band with soundscapes balancing between folk/funk and experimental adventures into new sonic territory. The first half, The Rabbit., is the folk/funk-influenced half of the double album, exploring familiar classic rock styles with a tip of the hat to St. Paul & The Broken Bones, Avett Brothers, Decemberists, Rosebuds, Bob Dylan, Marcus Fetch, Nathaniel Rateliff & The Night Sweats, Fleet Foxes, Beck, and many more.

Described as a “fun summer, day-drive album” The Rabbit. showcases the band’s musical roots and ingenuity that has allowed them to evolve. The Owl. is a sonic adventure into new territory exploring the less conventional, boasting subtle arrangement choices, and thoughtfully approaching poetic content. The Owl. is the more cinematic and patient member of the pair nodding to influences like Alabama Shakes, Pink Floyd, Feist, Bon Iver, Grizzly Bear, Alt-J, Radiohead, and Black Keys, among others.

Based in New Orleans, Mighty Brother has hit the musical stratosphere with a genre-bending repertoire of upbeat originals comprised of an Americana-indie-rock essence and ‘90s alternative flavor. The 5-piece band carves a unique space in today’s modern soundscapes with a distinct mashup of styles that has been described as a “blend of Avett-Americana and Radiohead-esque art rock” (Offbeat Magazine).

The band, who describes their sound as groovy and flavorful, has been influenced and inspired by the likes of Grizzly Bear, Radiohead, Bon Iver, The Decemberists, Avett Brothers, Alt-J, and several other musical acts. This menagerie of influences led to Mighty Brother’s indie-rock sound that also pays tribute to folk, singer-songwriter, funk, and alternative soundscapes. Having toured the globe on tours spanning from the United States to New Zealand, Mighty Brother performs as if they were actively conversing with the crowd, drawing listeners in for an engaging experience. This energy is translated into their music, proven through the new tracks of their most mature album yet – The Rabbit. The Owl.. 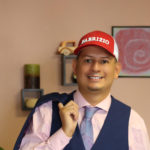 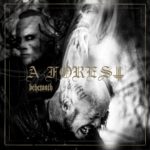