Bahamian indie-folk artist Matthew Pinder is back with the new single “White Sunlight.” Featuring Pinder’s quintessential mellow vocals over a calming acoustic soundscape, “White Sunlight” takes listeners on a journey through a past relationship. Utilizing clever lyricism to convey his melancholic emotions, Pinder’s goal with this song was to tell a new story – stepping out of his comfort zone to share one that wasn’t necessarily about himself.

“White Sunlight was a half idea for a while… I didn’t plan on recording it. I remember writing it while I was watching season 1 of True Detective on HBO. It’s such an eerie show with really great writing. I drew from that and I was also reading some Flannery O’Connor short stories at the time. I wanted to be influenced by good writing and get out of my comfort zone of always writing about myself. So that’s what I tried to do, just tell a new story. In the end I see myself in the song, but it was a refreshing approach. I find it a bit strange that we ended up making such a sunny song when I was inspired by fairly dark places.”

– Matthew Pinder on the writing of “White Sunlight”

Fresh off the release of his latest single (and music video) “Blue,” Pinder is using his music to share a new side of himself with fans – one that’s relaxed and real, and sees an honest look at much of Pinder’s everyday life. With his music garnering critical acclaim from both media and fans, Pinder has been praised for the “delicate grace of his indie-folk music” (Atwood Magazine). “White Sunlight” sees Pinder continuing to explore the mountain range of human emotions with a tender artistry that commonly threads throughout his music.

The Bahamian singer-songwriter sings from his own experiences, never afraid to bare the raw honesty of life and use his music to tell the stories that often go untold, allowing his music to leave an “indelible mark on indie-folk music” (B-Sides & Badlands). Working with Chris Jacobie (Penny & Sparrow) to create his latest album, Give Me Some Time was met with high critical acclaim and hailed as “Pinder’s magnum opus: a debut so rich and extravagantly heart-rending and deeply-crushing” (B-Sides & Badlands).

This album was featured on several Spotify official playlists and yielded the viral hit single, “Golden Hour,” that launched Pinder into becoming a truly emerging artist. A fan favorite, “Golden Hour” has amassed over 1.1 Million streams since its 2019 release, followed by hit singles “Break My Heart and Let Me Go” and “So Far.” Combining his modern flair with influences of classic singer-songwriters such as Neil Young and Bob Dylan, and present-day artists such as Noah Gundersen and The Head And The Heart, Pinder melds it all into a sound that is completely his own – a sound that we are eager to see continue evolving. 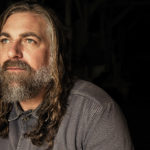 190 Proof: The White Buffalo on His Most Memorable On-Stage Booze Fiasco, Dive Bars and Dad Beers 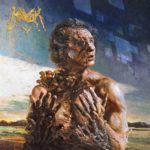