We’d love to brighten (or further brighten) your day with some assistance from Marshall Veroni and his brand new “Watercolours” music video. This is the folk artist’s latest single from his most recent album, the fall 2018 released In Fields. The video fits very well within the tone and context of the song with a lot left for you, the viewer, to interpret for yourself. In Fields is Veroni’s debut album and has been well-received since its release thanks to its fun, lighthearted vibe that makes for a solid listen when you’re feeling like something a little less on the serious side.

In explaining the meaning behind “Watercolours,” Veroni shares, “The idea for ‘Watercolours’ came from a comparison I made between words and paint. Looking at a canvas, held on its side you realize that the paint becomes more transparent as it trickles towards the floor. Words act the same way: at first they carry so much weight, but the further you can step back from them, the more apparent their transparency is. With this music video, we were able to bring to life the concept of words and memories plaguing someone, who ultimately learns to remove themselves and the weight of the burden they carried.”

Since In Fields dropped, Toronto-based Veroni has toured Canada extensively and even had his music placed in the Netflix drama Spinning Out. Throughout his touring journeys, Veroni has continued to establish himself within the community of folk music connoisseurs with fans taking a liking towards his sincerity, emotional vulnerability, and crafty and witty use of words. Along the way, he has earned opening sets for well-established Canadian artists such as Blue Rodeo and Joel Plaskett. Currently, Veroni is hard at work on the follow up to In Fields with a new single due out before the conclusion of 2020.

To discuss this curious new music video a little more, we hooked up with Veroni for a few minutes to discuss the video-making process and how his life has changed since the release of In Fields.

The music video for “Watercolours,” I think, fits really well with the tone and sound of the song. I know artists like to keep music videos open to interpretation, but what is your own interpretation of the video?

Marshall Veroni: “When I watch the music video I view the paint plaguing the main character as a mixture of memories, words and associations. The paint, to me, is a symbolic representation of reminiscence surrounding not only a person, but the things that they said, and the feelings that come up with their memory. The way that these memories and thoughts pop up in strange places throughout the video, is such an honest depiction of how it can feel to have a lingering remembrance of someone. When someone or something they said is tormenting you, in a way it can truly change how you view most things. It can paint them in a different light, if you will. As the video progresses, we see the protagonist learn that the only way to move forward from the threat of these looming and painful memories, is to accept that they have happened and to face them head on.”

How involved were you with the music video-making process? Who developed the concept for the video?

“When I decided to pursue the creation of this video with the team at Floor Light Films, I did so because their work and ideas inspired me. From the get-go, I felt a sense of creative trust with the team, so I wanted to give them as much creative space as possible. My actual involvement, for the most part, was discussing the ideas that they had come up with and agreeing with essentially everything they brought to me. I was present for the entire shoot, helping in any way I could, and consulted during the editing process, but for the most part, this was their baby. Ryan Wibowo developed the concept for this video. When he brought it to me I was so impressed and felt that it was so in line with what I had been looking for that I laughed when I read it.”

A lot of artists don’t enjoy making music videos and, in general, tend to look towards them negatively. What’s your own view on videos? Do you feel that they help enhance your songs?

“I think music videos bring so much life to a song when done properly. To me, a music video is just as much of a chance to experience someone’s art as listening to the initial song is. The main thing to focus on is to maintain a level of openness when it comes to the video, as it’s important for viewers to maintain the ability to interpret it and take something of their own from it. Much like the songs themselves, I don’t want anything to be cut and dry because I want it to conjure up unique feelings in each listener.”

To touch on the song for a moment, when did you write the song and what was the developmental process like for it?

“Years ago, when I wrote this song, it came from a place of deep hurt and anger. Initially, it had this sort of ‘woe is me’ vibe to it, that I was blind to for the first year of its existence. The situation I’d written about involved a lot of things that I hadn’t spoken up about at the time, so the writing of the song felt cathartic. However, it continued to feel like I was lingering or stuck on these negative thoughts when performing it. Eventually, I decided to entirely change the energy and the feeling of the song and it became something much more positive. The message remained the same, but rather than feeling like I was wallowing in this.”

Just a more general question about your career as a musician… I’m sure your life has changed quite a bit over the last couple of years since the release of your debut album, In Fields, in 2018. What would you say is the biggest or most pronounced change in your life now when compared to before you released In Fields?

“The release of In Fields did change a lot for me. It created a lot of touring opportunities and I’ve seen a lot more road since then. I’ve loved the experience of touring and the chance to share this album with so many people, but the biggest change has been the sense of connection. I touch on a lot of really personal and tough experiences throughout the album, and I don’t think I ever thought people would connect with it in the ways that they have.

I’ve been blown away at the support and the nerves that my songs have struck in listeners. Sharing experience through music and being able to make songs that mean something to others is why I started to write in the first place. The idea that my songs have had an impact on peoples lives is like a lifelong supply of fuel to my fire that has been a driving force to get the next album finished as soon as possible.” 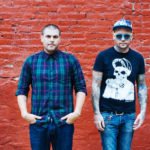 Alien Ant Farm Share Video for Cover of Wham! Classic “Everything She Wants” 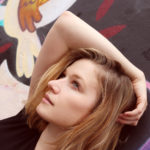