London, Ontario’s Lost Arts help to keep the traditions of both rock n’ roll and the blues alive with their thick, heavy-riff version of modern blues-rock. It’s a superb sound and one which is on full display on their new single “Weightless.”

The new cut’s accompanying music video, which we’re debuting today, follows guitarist and lead singer Caleb Thompson for a stroll around town until he is later joined by his mates for some rather mischievous acts. The song’s punishing guitar riff not only raises the energy but also acts as a sign of things to come for this high-achieving group.

Elaborating on “Weightless,” and its significance for the band going forward, Thompson commented, “‘Weightless’ was a new beginning for us. It is a great example of where Lost Arts is as a unit. After our EP we knew we needed a change, we really leaned into working collaboratively on writing. Weightless is a song about coming to terms with who you are, the good and the bad. Sometimes we become overwhelmed with our circumstances and we take that out on the ones we love most.”

The powered-up tune was recorded at Sugar Shack in London, Ontario as part of the band’s first studio session that took place after they released their debut EP, Let Me Go. Thompson, drummer Drake Campbell, and bassist Hayden Vandenbosch originally met while attending the Fanshawe College Music Industry Arts Program. They just so happened to be placed within a group for a class project which quickly became a jam session and, in turn, a group with the addition of lead guitarist Nick DiSalvia.

After the safety net of their college program had been taken away, the guys had to step it up as their own entity which resulted in the efforts put into “Weightless.” A greater focus on arrangements and live performance have re-calibrated Lost Arts and their goals which are now firmly set on being the most energetic, satisfying young band today. At the same time, “Weightless” is catchy, heavy, and hard-rocking enough for any fan of the genre.

We’ve tried to compile a checklist of things not to like about Lost Arts. Our list is sitting firmly at zero and, based on their current offerings, we don’t see that changing. 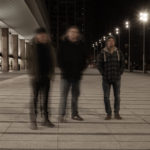 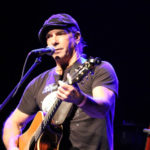