Kreator is like good bourbon aged in a Marshall 4×12 that gets better with time. They’ve had missteps and bad decisions along the way, but today they contest with the best of the best. The ferocity and brutality found on London Apocalypticon – Live at the Roundhouse is imperial. It’s almost like listing to Slayer’s Reign In Blood or Sepultura’s Beneath the Remains for the first time, but in surround sound, live, and only available on widescreen.

Kreator skips the fat of the main course and goes straight for the jugular, ripping you to shreds and casting your carnage to the wayside for the millennial buzzards to pick apart. There’s more Maiden-like twin guitar harmonies than previously found on their iconic classics, but that only adds to the intensity. The audience response always fuels the fire, and the English capital truly seems to be ablaze the night London Apocalypticon was recorded.

While this may no longer be labelled as ‘kill your Grandma’ music, it still lets the neighbors hear and feel your battle cry. Yes, we’ve all been misjudged in youth for what we’ve been listing to. That seems old hat by today’s standards, but Kreator still makes you want to smash a whiskey bottle in defence. The salute to Vinnie Paul, Dimebag Darrel, Fast Eddie Clark, Phithly Animal Taylor, and Lemmy Kilmister, and to all of those who have left us, sets the mood for “Fallen Brother,” and this is one of the pinnacles of the evening.

“Pleasure to Kill,” another glorious old school track, comes off as a weekend spent at Bernie’s loaded on cocaine, good German beer, and Adderal. How much faster do you need, the need for speed? It’s almost like you’re headed for a brick wall with a will to die, with all the intention of breaking through to the other side. Ain’t no crash test dummies on this maniacal voyage. “London mosh pit, this is your last chance to kill each other.” Well, there you have it, my fair-weathered friends. An invitation to jump off the deep end into a sea of bloody mass and broken beer bottles. Oh, to be twenty-one again. And we wonder why we have crippling aches and pains.

Once the body cast comes off and the stitches come out, you find yourself staring at the ceiling the next morning grinning through broken teeth while reflecting on London Apocalypticon. Throughout the decades, Mille continues to craft himself a band that’s not afraid to charge forward and die, carrying the flag of hate into the annals of thrash metal. For some of us who are still out there in the trenches, waiting to end up back on the stretcher, this can be a very painfully rewarding experience. 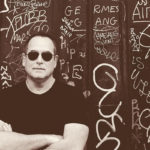 Hawk Asks on Their Latest Single, Have We “Lost Our Way?” [Premiere] 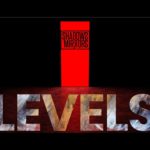