Held In Secret is quite intent on getting your blood pumping with their brand new EP, Nomads. The metalcore troop is making their long-awaited return to a scene that desperately needs more masterful musical content and Nomads, the band’s sophomore EP, follows 2018’s Dawnbreaker.

Held in Secret has made great use of their time since that last EP’s release; with numerous performances and rehearsals under their collective musical belts, they’re now perfectly set up for success with their latest effort. Nomads features five tight tracks of distorted ingenuity and blood-curdling screams from frontman Matt Zephyr with the EP also featuring guest vocals from Silent Planet’s Garrett Russell.

Going into the studio, the group wanted to make a piece of music that could appeal to anyone, regardless of race, social status, political leanings, etc. In assessing Nomads, Zephyr offered, “This album is designed and redesigned and redesigned to speak to anyone, whether you’re rich or poor, happy or sad, activist or pacifist, left-wing or right-wing, something in this album is guaranteed to make a tear pop up at the corner of your eye. Or to make you reconnect with nature and our purpose on this earth.”

Zephyr, along with guitarist David Lamothe, were the catalysts in the formation of Held In Secret when they impulsively said “let’s start a band” back in early 2016. With the addition of bassist William Gunn, drummer Tommy Lemieux, and rhythm guitarist Joey Sollazzo, the group now operates like a family, with each member sharing the same musical vision.

While they, like every band, were recently forced to take a break, Held In Secret has made quite a name for themselves in their native Ottawa, Ontario for their wild live show. Zephyr has been known to climb whatever he can find in a club, while the rest of the band are known to get hard and heavy in the pit every single show. Eager to get back out there live, and with more music, Held In Secret is hoping to gain more of the recognition they deserve as we head into the second half of 2020. 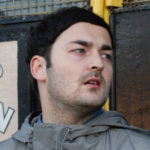 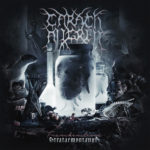