With Havok’s previous album (2017’s Conformicide), they chose to think outside the box and experiment with their solid thrash template, something that didn’t sit particularly well with some of the more unadventurous fans. The record was, in fact, a fun exploration through some new areas that showed the band for what they are – forward-thinking thrashers that wanted to stretch themselves as musicians and composers. There was a lot more bass presence with Anthrax-esque grooves, journeys into more progressive pieces, and an overall building and beefing up of the thrash formula; it kicked ass and was and exciting listen. With their new album, V (their fifth album, natch), they have taken all their learnings, separated the wheat from the chaff, and emerged with a fully-formed vision of the direction that they want, nay need, to head in.

With new bass player Brandon Bruce in the mix, the focus on the bass as seen on Conformicide is continued with a lot more playfulness and intricate fills, not to mention springy bass happiness. This also helps solidify the deep bottom-end that Mark Lewis was aiming for with the production, something that he achieved, along with a brightness that highlights the tightness of the guitars with their heavy riffing and soaring solos. This is also the perfect soundscape for the band to play with the tech/prog thrash-isms that make up a majority of their newer direction, and it’s a pleasure to hear all the intricacies built therein. Beyond the instruments, David Sanchez pushes himself in the vocal department with a lot more classic metal high notes and melodic passages, and he’s never sounded more confident and impressive.

There’s something for everybody here, and that’s what makes it such a sterling album. Opener “Post-Truth Era” swells in with a “Blackened” feel that bursts into epic thrash territory, and it’s a monster start to the proceedings. “Merchants Of Death” and “Ritual Of The Mind” are by-the-book speed metal headbangers, whereas “Betrayed By Technology” and “Don’t Do It” have all the tasty tidbits that make for tight tech thrash. There is an instrumental interlude halfway through the record called “Dab Tsog” that sets up the more involved latter half – it’s a moody piece that brings the dynamics down just before we delve into the fist-pounding, lyrically-meatier songs like the crushing “Phantom Force,” the twisted burn that is “Panpsychism,” and the mind-bending “Cosmetic Surgery.” There’s not a minute wasted or added for filler anywhere, and kudos to the guys for trimming everything down to the bare minimum without losing a second of the pyrotechnics on display.

Havok have finally made the album they were born to make, a collection of songs that burn on every level and are intellectually and physically superior to anything they have done before. The album reminds me of incredible records like Heathen’s The Evolution Of Chaos and Coroner’s Mental Vortex, albums that have so much might in the backbone that they were destined to be classic before they even hit the streets. Warbringer and Testament have already marked 2020 a year for great thrash, but Havok has created an album for the ages that has all the magic to make it a bona fide classic. If it isn’t hailed as one of the best releases of the year, there is something wrong with the world and I will be extremely surprised. V is impressive metal, impressive music, hell, impressive ART that oozes emotion and deserves all the praise it will no doubt receive. Do not miss out. Seriously. 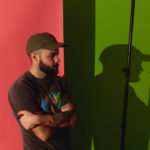 Matthew Pinder Steps into “White Sunlight” with His New Single 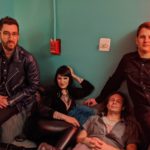 Brooklyn Rockers Cup Unveil “Nothing Could Be Wrong” Single and Video