We’re warning you right now, it could become a sticky situation here. That’s because we’re “giving you to the glue” that is Endless Forms and their brand new single. “Giving Myself to The Glue” is the atmospheric, brooding new indie rock track from Endless Forms, the moniker used by Tulsa, Oklahoma artist Justin Allen. The song is an accurate representation of what you get on Allen’s brand new More Than Candy LP which acts as a rebirth of sorts for Endless Forms. There was some uncertainty as to whether Endless Forms would actually go on after Allen put the project on hiatus in 2017 to focus on other creative projects. Fortunately, he regained the passion in recent months and dedicated himself to writing and recording a brand new conception of what he felt Endless Forms stood for.

The period between the beginning of the hiatus and now was anything but quiet for Allen as he had more than enough to keep himself occupied with. During this time, he wrote a novel about the vibrant art scene in Los Angeles, ran marathons and on the music side of things, produced music for other artists. The time became right to start working on another Endless Forms album after a collaborator decided to abandon an album the two had been hard at work on. More Than Candy began as a collection of ambient tracks without a solid narrative until Allen decided to take the project more within a pop-minded space that would fit within his propensity for ambient music. This is serious listening for the serious-minded music fan. Allen seems very much at home throughout More Than Candy, operating in a mellowy, interpretative space that knows no limits.

To more thoroughly discuss “Giving Myself to The Glue,” More Than Candy, and what this all means with regards to the future for Endless Forms, we spoke with Allen for a more inside look at what he’s up to.

“Giving Myself To The Glue” is an abstract, kind of atmospheric track, a little on the mellow side of things. As an artist, where do you think this song came from?

Justin Allen: “It honestly took me a long time to figure out this song. It always felt slippery, just a little out of reach, and it sounded like no other song I had ever heard. Sometimes in those moments I feel unsure if the song is truly a new expression and I love it, or if it’s too weird and no one will get it. But I leaned in, and I feel like it became a really special piece of music for me. The song is really about what it means to take responsibility for your life when you’re in the middle, when a larger narrative isn’t unfolding in this obvious way, and there is no one else to make sense of your life for you. I think we live a lot of our lives afraid of commitment, to another person, to a particular path in life, and we un-courageously and neurotically wander through life waiting for something to make our decisions for us. I wanted to make a song that was somehow willfully piercing through the haziness of uncertainty, getting to this place of personal resolve, even when life is feels unresolved.”

How did “Giving Myself To The Glue” come together as a song? Take us through a behind-the-scenes look at the song writing process.

“It definitely developed slowly, and had quite a few versions before it felt right. It began during a session of musical play, when I was exploring new potential sounds to use on this record. That day I was experimenting with strumming full chords on a fretless bass, to see if that would work as an instrument — it was insanely difficult to play in tune! But the tonality was so mellow and unique, tonally dark, but calming. For a long time I thought maybe this song was just for me. There were no other sounds besides this thick, strummed bass with a ton of reverb, and I’d listen to it in my car and I loved it. I kept coming back to the demo, building the track until it was a real song, adding the driving kick and the other bass line. The lyrics and melody came last for me on this song. Sometimes I have to work through this nebulous, unconscious thing through the music and production before I can put the feeling into words. Oh, and the fretless bass strumming is still in the song!”

Within the timeline of writing your new album More Than Candy, where within that process did “Giving Myself To The Glue” come together? Was it towards the beginning? Or perhaps middle, or end?

“It depends on how you look at it. Some version of this song has been floating around on my hard drive for quite a long time, but it didn’t really take shape until I was smack in the middle of this record. Some of my friends are able to sit down, pick up guitar, and write an entire song in one sitting and then never change it. That has never really been my process. Instead, writing a song is more like an excavation that takes months. I have to come back to it a few times with new eyes. You could almost say that several different versions of myself write most of my songs, if that makes sense.”

As more of a question regarding the last few years, More Than Candy came together in the time since you put Endless Forms on hiatus in 2017. What was the particular motivation for now restarting this project and releasing a brand new album?

“Well, I never had any intention of ending Endless Forms. Rather, in 2017 I was in a weird headspace with my art, and I really needed to find a new imagination for what it meant to be an artist. That was a long and, honestly, painful journey. In 2018 I started writing a novel about the L.A. arts scene, and running marathons, and I saw a therapist who helped me realize that sometimes desire itself is more rewarding than getting the thing you desire; that a life of passion is better than a life of simply getting what you want. And while maybe it’s easy to say that, it actually involves a lot of loss and grief over unfulfilled visions and huge obstacles.

I also tried to relearn how to make art like a young child — they’ll draw a new picture every single day and then throw just it away. Young children aren’t stressed about every piece of art being a magnum opus, and they aren’t worried about their legacy. That helped me realize that sometimes what we call artistic purity is actually a form of vanity. All that to say, I knew I had more music in me, and I learned again how to enjoy creation itself. And that’s how More Than Candy was born.”

With a new album and your hiatus now over, it begs the question of what’s next for Endless Forms? Are you back on this as a full-time project or do you think you’ll pick it up and put it down as you see fit in the future?

“For now, it’s full steam ahead. I honestly have no intention of ever stopping. I currently relate to my art differently than I used to. I used to think that I was defined by what I made, and that my life was only as meaningful as what I created. Now I believe that art is fruit, and the artist is the tree. A healthy tree produces nourishing fruit, and that perspective helps me enjoy the whole process more. Of course, there is always a sort of push and pull with creativity for me, where I’ll finish an album and feel wrung-out, like maybe I don’t have any more songs to write, and then two months later I’ll have a manic season and become incredibly productive for three weeks. I’ve learned to ride those waves when they come, to pursue the poetry of life in between, and that my art will blossom out of a passionate life that if I focus on living with vulnerability and intentionality, I will want to make something that I feel is worth sharing.” 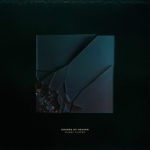 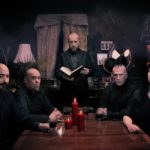