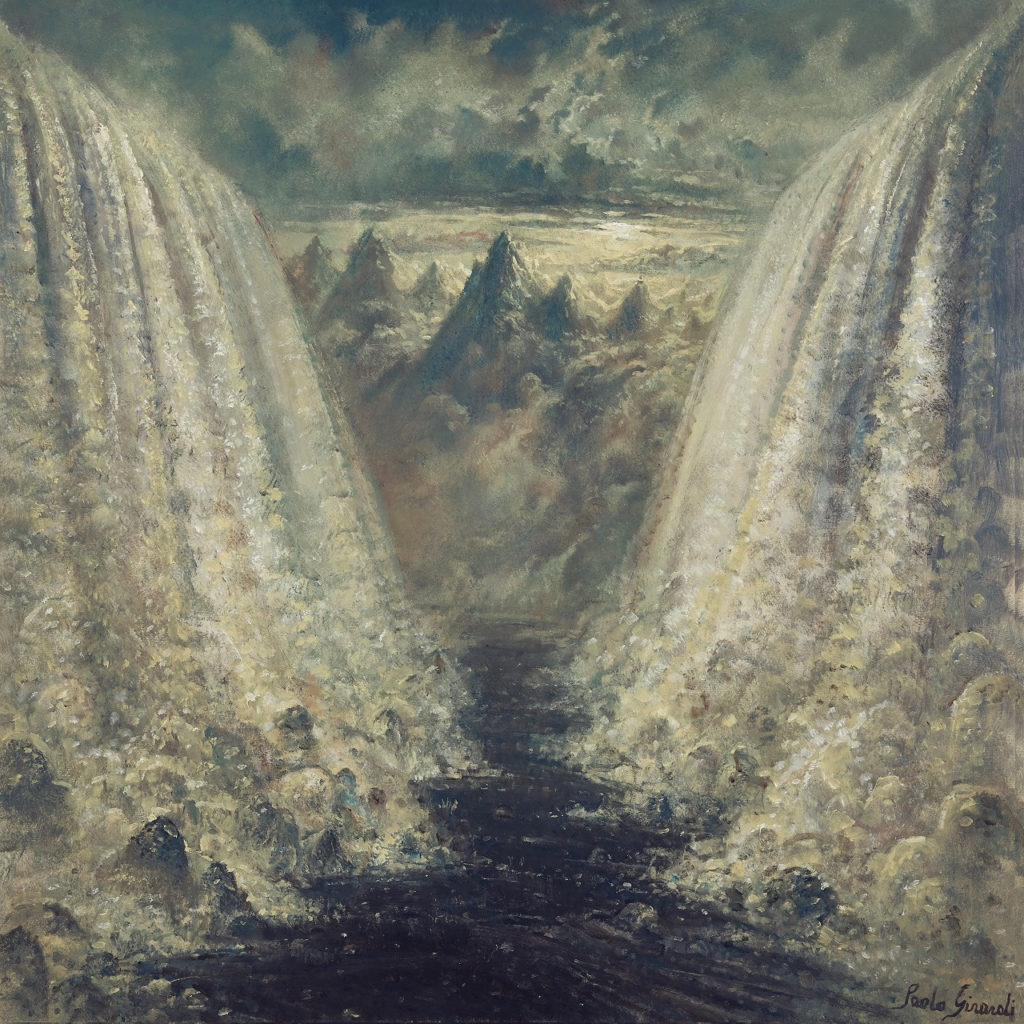 Forgotten Tomb is on the cusp of releasing their tenth studio album, Nihilistic Estrangement, on May 8th via Agonia Records. The band is known for helping pioneer the DSBM (Depressive Suicidal Black Metal) movement with 2002’s Songs to Leave and 2003’s Springtime Depression; their hard-hitting melancholic abrasion causing international depressive inspiration for similar artists to join the force of one of metal’s harshest regions. Since these records, the group has taken new directions delving into the territories of depressive doom with 2015’s Hurt Yourself and the Ones You Love. This spread of direction over the years has caused intrigue as to where the triplet will take themselves next, and how far from their roots they’re willing to foray.

Nihilistic Estrangement brings Forgotten Tomb’s depressive drive to the forefront in their signature sweeping style. While maintaining this depressive black metal sound, they have incorporated it with the refined and matured doom chime adapted from previous releases, with more focus on the former. The record’s opener, “Active Shooter,” features chunky, doom-oriented riffs and heart-wrenching guitar melodies reminiscent of Songs to Leave…; the latter of which being a key element of Forgotten Tomb’s sound which personified them on the depressive market. Outside of these melodies, guitarist Herr Morbid maintains a malevolent tone throughout which adds to the misanthropic nature of their sound. While the main riff and guitar squeal are a bit repetitive, it kicks Nihilistic Estrangement off well.

A curious approach to Nihilistic Estrangement is the band’s effort to disconnect the record from a particular frame in time and detach it from current production and stylistic trends. They attempt this by using vintage microphones, instruments from the ‘80s, and analog tapes/mixing desks to achieve their sound. This doesn’t have much of an effect on the overall sound, except for a general fuzz, and Herr Morbid’s misanthropic growls achieve a more malevolent and disconnected tone throughout which enhances the Forgotten Tomb feel. It retains an old-school vibe and, in places, Nihilistic Estrangement does benefit from this alternative recording technique. A bold and fresh experimental process, alongside Herr Morbid taking charge of production, is to be commended and resonates with the outfit’s career-long penchant for risk-taking and experimenting.

The record takes multiple directions during its course, and “Iris’ House Pt. I” and “Iris’ House Pt. II” see more of Forgotten Tomb’s malevolent and furiously dystopic guitar passages alongside Algol’s attractive basslines. While it may only be six tracks long, within a short time frame Forgotten Tomb explore a different element of their sound, making each track both unique and very effective. References are made to nearly every moment of the band’s history and discography, from the hard-hitting guitar cries of “Active Shooter” to the abrasive, aggressive riffage of “Distrust3,” resulting in the record being well-rounded and entertaining at every angle.

The title track is a striking curveball in Forgotten Tomb’s latest effort. Crushing, misanthropic minor chords and toned-down savagery witnessed previously are replaced by a dreamy melodic soundscape bordering on atmospheric black metal, or something Lantlos cooked up in secret. Solemn, more depressive guitar passages are interwoven throughout the track accompanied by reversed audio pieces, which remind one of the outfit’s roots while clearly showcasing a potential new chapter for their sound. With Forgotten Tomb being Forgotten Tomb, however, this experimental melodic endeavour eventually returns to morbidity in “RBMK” and ties the record off in well-rounded and strongly executed fashion.

With Nihilistic Estrangement, Forgotten Tomb have shown that they are far from running out of ideas. The depressive black metal titans have forged a record which keeps true to their roots, expands upon the doom sound they began to develop in 2013’s Hurt Yourself and the Ones You Love, and broadened their horizons further by incorporating major-oriented melodic sounds to create some special moments. Unafraid to take leaps into new recording techniques or sound directions alike, Forgotten Tomb has proved themselves once again to be a passionate powerhouse of modern extreme metal with one of their best records to date.