It had been one heckuva roller coaster ride — a five-year run that brought dizzying success — 14 US Top 40 singles and eight US Top Ten studio albums. In fact, including the recently-released Greatest Hits record, the British songwriting partnership of pianist/vocalist Elton John and lyricist Bernie Taupin had seen their last five consecutive LPs all hit #1 in America. By early 1975, it was hard to imagine the dynamic duo blowing up any bigger. But they did. And 45 years ago this week (May 19, 1975), they released what would become arguably their most celebrated set, Captain Fantastic and the Brown Dirt Cowboy.

The first-ever album to debut at #1 on the Billboard album chart, Captain Fantastic is a personal retrospective — a musical diary — one that reflects John and Taupin’s humble beginnings working together in the late ’60s. The record shipped gold (500,000 units) and then turned platinum (1,000,000 units) within days.

There’s a scene in director Cameron Crowe’s iconic film, Almost Famous, in which 11-year-old William Miller gazes wide-eyed as he peruses his older sister’s vinyl album collection in 1969 — classic LPs from The Who, Neil Young, Crosby, Stills & Nash, Joni Mitchell and others. That scene is particularly spot-on, as in those wondrous days, record releases were beautiful works of art — from the songs to the album covers to the liner notes to the photography. And in that regard, Captain Fantastic delivered the motherload — spectacular cover art created by Alan Aldridge, two booklets and a “fantastic” poster of the entire opened gatefold jacket — ALL for the (now) bargain price of $5.99 (maybe $5.49 if you went to Sears).

Music consumption always has been a very personal, spiritual experience. As it’s been said, our music chooses us — not the other way around. At age 12, many of my closest compadres in 1975 had older siblings whose “personal” albums included classics from the Beatles, the Stones and Zeppelin. For MY crew, Captain Fantastic was the first “big boy” rock album that seemingly “spoke” to us.

I once had a dear friend named Greg. We both were the same age, and growing up, we both LOVED Captain Fantastic — a lot. Years later, Greg was one of my frequent customers when I was a bartender. Every night near closing time, Greg and I would engage in something of a battle, quoting lyrics from various Captain Fantastic songs. His favorite tune from the album was the title track. Bathed in John’s warm Fender Rhodes and glossed with his honey-soaked vocals, the song is accented by Davey Johnstone’s crisp acoustic guitar work, as it gives way to a racing bridge and soaring crescendo. Greg often would wave his empty bar glass in the air to get my attention and holler out, “Hey, ‘Two teas. Both with sugar, please'”— a random line from the song. When I was asked to officiate Greg’s funeral a decade or so later, I brought his (then) grown son to the front of the service, and together we toasted his father. Our beverages? Yeah, two teas. Both with sugar (please).

John’s longtime producer, Gus Dudgeon once stated, “There’s not one song on it (Captain Fantastic) that’s less than incredible.” Even John himself has said, “I’ve always thought that Captain Fantastic was probably my finest album.” Hence, to dissect the record properly, could fill an entire book.

However, there are an array of stand-out bullet points. On “Tower of Babel,” John’s vocals are soulful, while Johnstone’s solo is gloriously gritty. “Bitter Fingers” packs playful verses and crunchy choruses — I’m sick of tra la las and la de das. “Tell Me When the Whistle Blows” remains a delicate, bluesy treasure, while the record’s sole single, “Someone Saved My Life Tonight” has become one John’s most endearing staples — a Top 10 smash that John has referred to as, “one of the best songs that Bernie and I have ever written together.”

Just so ya know, if you’re not absolutely moved by the heart-racing, guitar-driven urgency of “(Gotta Get A) Meal Ticket,” it’s probably time to call an EMT, ‘cuz you’re clearly flat-lining, dude. Conversely, “We All Fall in Love Sometimes” is a beautiful, heartfelt masterpiece. Although the song is about John and Taupin’s early creative relationship, as a naive 12-year old, it sounded like a sweet, romantic love song. Heck, even as a little old man navigating through a young girl’s world in 2020, that one still makes me cry.

In addition to Johnstone’s brilliant guitar playing, the record also benefits equally from Dee Murray’s rock-ribbed basslines. Nigel Olsson’s dry, yet fat-sounding, signature-style meat and potatoes drumming is superb. He knows when to bash the shit out of a note, and he knows when to simply let it breathe. Sometimes less IS more. For Ray Cooper, his percussion work dances from left speaker to right — making these songs pop with masterful precision.

There are very few within my personal circle who have not been touched profoundly over the years by Captain Fantastic — with the exception of maybe a couple of my exes — which reveals a lot about those relationships. My now-grown son also was raised on the record. Even a couple of my closest current teenage friends know and love the album from start to finish. To this day, my GF and I visit our scratchy LP copy frequently, as it still is one of our morning coffee go-to favorites.

In sum, Elton John and Bernie Taupin intended the Captain Fantastic record to tell their story. Magically, for the people in my world, 45 years later, it tells ours. 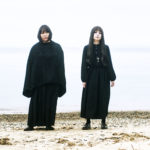