Things are about to get a little psychedelic around here thanks to both Californiosos and Farmer Dave Scher, a Californian musician perhaps best known for being a part of Beachwood Sparks, and his work with Jenny Lewis, Cass McCombs, Kurt Vile, Vetiver, and Father John Misty among others. Scher is actually only one-half of Californiosos, with his partner in crime, Michael Vest, serving as his main collaborator on the duo’s new self-titled album released back in February. The record is a vehicle for the twosome to show off their special interpretation of jazz-folk that contains a heavy dose of mysticism, classic exotica, and psychedelia.

There’s good reason why Vest and Scher have decided on calling their new project Californiosos. It’s because of their close connection to the state with fourteen generations of California living preceding them. The influence of California is literally ingrained within their conscience, with the ten-track album containing a whole lot of positive vibrations and timeless poetic language. It will take you on a full journey through space and time while exploring many musical styles.

We wanted in on the Californiosos vibe which is why we took some time to speak with Farmer Dave Scher about the new project, the new album, and how he and Vest coexist as songwriters.

Your new self-titled album was released back in February. How is this album sitting with you now a couple of months after its release?

Farmer Dave Scher: “It is amazing to have the songs out and breathing in the world… I’m definitely grateful this batch of tunes made it out and has been well-received. The double vinyl LP especially is exciting!”

In listening to the album, I noticed a real modern hippie element to the music. It reminded me a lot of the music of the ‘60s. Is that where a lot of the inspiration came for this record?

“It is a definite fact we’re children of the flower power movement, as well as keepers of the same flame that inspired that generation… free love, transcendental consciousness, Eastern spirituality, psychedelics, and a zoomed in/out, tuned in/out way of going about things. All in good fun, of course. The ‘60s spirit is alive today, it hasn’t gone anywhere… we never left the garden! (laughs)”

How do you both divide up songwriting when you are writing for an album? Do you each write individually and then join it together or are you in a collaborative environment when you come up with song ideas?

“In short, ‘yes.’ (laughs) A little bit of all of the above songwriting techniques made their way into the album, although our most famous form of collaboration, sitting under the brugmansia tree at Michael’s place in Venice, sticks with me as the most productive and fertile. We have a lot of camera phone footage of the songs as seedlings, being played under the brugmansia tree in the swaying breeze. I think Michael brought some finished songs to the album like ‘Queen of the Amazons’ and ‘Sister Magick.’ The majority of the remaining tunes really are jointly-created chords, lyrics, and arrangements. A wonderful thing, allowing the muse to dance in true collaboration!”

As a songwriting duo, I’m curious as to whether any disagreement comes up with regards to each of your own musical visions for what Californiosos should strive for. Do you tend to mostly be on the same page or do you have your fair share of songwriting arguments?

“It’s not always easy or even possible to have total harmony all the time. Finding what excites both of us tends to leverage the best.. because we can both make music of our own or with other people, so there’s no need to force things. So going for mutual excitement and the win-win and to keep moving, not get stuck, that’s the ticket that gets ya there. Our next tunes are going to have broader scope and range, with new influences, challenges, and experiences… psyched for that!”

We all have influences so what are some of the artists or bands you looked to when recording this album?

Over what period of time did you write and record this new album? Are they all recent songs that made the final cut?

“Yes, the tunes have come from the last couple of years, we’re looking to make the best ‘now music’ we can… keep it fresh. There are a lot of others from this time also… and tons of new tunes.”

I guess an obvious question would be, how did you both begin to collaborate on a musical project together? What motivated you to want to work together?

“Michael and I have some history reading and writing poetry together, as well as collaborating at Earthstar Studio in Venice Beach. This album came about as the maiden voyage project at Michael’s home studio, Sing Love, in Venice, an opportunity to collaborate on a distilled batch of music where we could really let the influences that turned us both on into the music in a more focused way. Also our shared love of philosophy, poetry, spirituality, ceremony + ritual, magic, history, and humour. Definitely humour… having a lot of fun the whole time was and is the primary motivation. It should be a rush, man!”

You both have a lot of experience in music, working with a ton of other bands and artists. Do you think this experience benefited you when you started to work on this album?

“It is interesting the way that worked out. Past experiences didn’t influence the album as much. This Californiosos album process was a tunnel… we didn’t play gigs and nobody but us heard the music until we collaborated with additional people on the final mixing and mastering process: John X Volaitis and Nico Borromeo from Earthstar, as well as Matt Linesch of InfiniteSpin Recorders, and Reuben Cohen from Lurssen Mastering. Even then, nobody else had heard the music, and we were still living in a certain bubble with the album and our identity as a band altogether! It’s only once the music was released and we began playing shows with peers did the past experience catch up with this project because now we exist in the world and we are part of a great thriving musical community… fantastic!”

Is Californiosos going to be your full-time project now? Or are you going to continue to collaborate and work with other artists?

“One of the great things happening now in California is a collection of bands and projects, a kind of ecosystem happening. There is time to make multiple projects, and conceive of ways to share music together in beautiful settings, as well as to collaborate on a grand scale to make the best records we can together. Bands around now who you may see us jamming with soon on record or concert (as that becomes an option) are:

I know playing live is not really in the equation right now, but do you have hopes to take Californiosos on the road as a touring act?

“We were scheduled to do a West Coast tour with Circles Around the Sun, but the virus forced us to cancel. So we’re excited for things to pick back up. Hopefully, that tour with Circles will happen. In the meantime, we’ll be transmitting virtually and in other subtler ways. Love and Alohaaaa!!! xoFD” 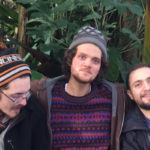 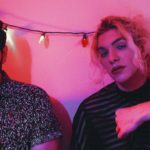