You better “Bow Down to the Sun” or it just might burn the living hell out of you! Brainswitch has arrived to sear you with their brand new music video for “Bow Down to The Sun,” a simultaneously mellow and aggressive track from their Sun Worship Kingdom record that was released on March 13th via Geenger Records. The video is on the down and dirty side, featuring the quartet performing inside of what looks like a filthy, old, abandoned warehouse that just so happened to perfectly fit the sound and atmosphere of the track. The “Bow Down to The Sun” video is also fitting in the way that it fits into the apocalyptic theme of the band’s new album, Sun Worship Kingdom.

The group offered some additional insight into the track and revealed that it actually also has a special guest star that isn’t initially apparent. “This is one of the first songs we wrote for Sun Worship Kingdom and it is certainly one of the favorites to perform live. It has that dark core vibe of the Brainswitch sound. Also, we are happy to have Music Centre Pavarotti children choir as guests on this song. We manage to shoot the video just before the Coronavirus pandemic lockdown. This is a second video from the new album and it is directed by band’s guitarist Goran Tiro.”

Natives of Mostar, Bosnia and Herzegovina, Sun Worship Kingdom was written as a concept record about a generation’s utopian experience in a dystopian environment. In writing this album, Brainswitch collectively used their big brains to really conceptualize something grander and something larger for what would be their sophomore effort. They have certainly delivered, with an album that sounds big, bold, and beautiful.

Aside from the band members, the record includes many guest appearances, such as Mike Armine from post-metallers Rosetta who contributed vocals for “Sometimes Comes The Mother, Sometimes The Wolf.” The album was recorded at many studios around Mostar with Mario Quintero of dream-sludge group Spotlights mixing the final version. It’s been a very successful year thus far for Brainswitch, with the band signing with Geenger Records in January to begin the year.

Alternative metal has never sounded so new, so fresh, and so good. Get your mind right and get tuned into Brainswitch. It’s the best thing your brain could do today. 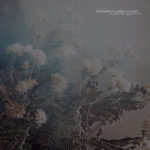 An Autumn for Crippled Children – ‘All fell silent, everything went quiet’ [Album Review] 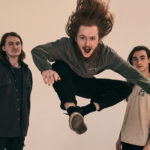