When Scottish metalcore shredders Bleed From Within burst onto the scene, the youngsters certainly came armed with the kind of material that would normally get people sitting up and taking notice. However, at the time of their third album, Uprising, in 2013, bands like Bring Me The Horizon were taking the genre to new levels. Couple the mainstream success of the Sheffield group along with a five-year wait for the Scots to release the follow-up, Era, in 2018, and it seemed that BFW had missed the chance to grab the recognition they truly deserved.

Well, two years have passed since Era and the Scots are thundering back with their blistering new album, Fracture and, while it doesn’t reinvent the wheel, opener “The End Of All We Know” is a massive statement of intent from the band. With a fire burning ferociously in their collective bellies, Bleed From Within has delivered the kind of album that will do some damage. Listening to tracks like the neck-snapping “Into Nothing,” it’s fair to say that the group has weighed in with the kind of record that puts them up there with the Triviums of this world. Speaking of Trivium, frontman Matt Heafy, lends his talents on “Night Crossing,” another banger of a metal track. With this level of guest featuring on the album, Bleed From Within clearly have no intention of playing second fiddle to anyone this time around.

A flawless display of crunching metal riffs, listening to Fracture, it makes it all the more frustrating that Bleed From Within has had to wait so long for their opportunity. Containing monster tracks like “Ascend” and the thundering “Pathfinder,” Fracture is as solid and hard-hitting as you could want from a metal album in 2020. There are no cheesy breakdowns or any of those early ‘00s metalcore traits, Fracture is just balls-to-the-wall, modern heavy fucking metal! While there is no shying away from the fact that the material doesn’t do anything to further the genre, for Bleed From Within, this is a release that needs to display their qualities as a metal band and, listening to the pounding “Utopia,” they’ve certainly proved their worth.

The thing about the timing of Fracture’s release is that it comes at a time when there is no outright claimant to the top spot in the world of modern metal. Although Trivium has released a blinder of an album in What The Dead Men Say, there is nothing on Fracture, that can’t give their Florida mates a good run for their money. Now is the perfect time in the metal scene for a band like Bleed From Within to stamp their name on the genre and, with Fracture, they’ve come into this fight swinging! 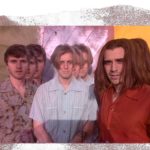 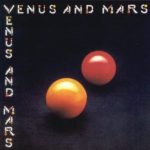