For just over a decade now, Holland’s An Autumn for Crippled Children has been at the forefront of the curious sub-genre known as “blackgaze.” Moulding the scathing and atonal frostiness of black metal around massively melodic, chorus-and-reverb worshipping shoegazing indie rock, blackgaze – itself a subset of the broadly defined world of post-black metal, confused yet? – combines two worlds that, at first glance, have nothing to do with one another. And, judging by the avoidantly mopey and grandiosely arrogant public relations tactics employed by each (we’ll let you decide which genre uses which) after being thrust into the public eye, neither wanted much to do with the public eye anyway.

Take a glance at AAfCC in particular and it would appear influence from both sub-genres goes beyond the musical. Since forming in 2009, the Dutch trio remains anonymous despite a prolific discography totalling fourteen releases thus far, including their newest and eighth full-length, All fell silent, everything went quiet (read our recent review). But the times they are a-changin’; this most recent release is being issued by one of metal’s bigger independent labels, Prosthetic Records, which results in easier access for the press/peanut gallery and the band is even hinting that their historical and air-tight moratorium on performing live might be up for consideration. Maybe. With this in mind and another awesome album of dulcet danger in the starting blocks, we caught up with the faceless nameless trio, who answered our questions via email as a single entity, to discuss the power of great songs, maintaining anonymity and enjoying easiness.

Regarding the band’s history, what are your backgrounds and when forming AAfCC was the style/sound an intentional endeavour or was it something you stumbled upon when you started creating together?

AAfCC: “It’s definitely something we stumbled upon. We originally set out to create some melodic, atmospheric black metal, combined with the ‘Peaceville Three’ sound. It just evolved into this strange thing that should not work, but actually works really well. Over time, we added things or left things out and it grew into what it is now. We all played in bands before and were friends already. We all had, more or less, the same music taste as well: ‘90s black metal, Peaceville Three doom/death sounds and indie/shoegaze bands of the ‘90s. The most important thing is to be true to ourselves.”

Was there a particular moment or experience that drew you away from genre tunnel vision and brought you to combining disparate musical genres?

“Not really. We just evolved along the way, tried some musical things, saw what worked and what didn’t work. In the end, we created our sound, I guess. I think the most important thing for us is that the music conveys emotion, feeling and atmosphere. There are many ways to do that.”

Was that combination of styles something that took a lot of trial and error work? Was it easy/difficult and when did you start to feel comfortable doing shoegazing black metal?

“After the first album (2010’s Lost) we kind agreed to let go of any genre restrictions. Also, some of us played in ‘indie’ bands, so that kind of songwriting felt pretty natural. Good songs are good songs. It doesn’t really matter if it’s captured in a black metal frame or a shoegaze frame. We just try to write good songs. The way we play them is determined by our roots and love for certain genres. So it was not very difficult. It just took the right frame, or lack of, mind.”

What do you feel AAfCC provides for you that other bands you’ve been a member of haven’t? Are you active with other bands outside of AAfCC?

The more and more you do this and the more you write songs in your style, how would you say the band’s influences, writing methods and creative approach have changed over the years?

“I’d like to think we’ve become better at what we do. I don’t think we get influenced by new things. Our influences are still the same (as when) we started this in 2009. At the same time, we’ve created so much music already. We are searching a bit, trying to find some new elements to incorporate. But the goal has not changed. We like to create good songs that trigger something emotional in the listener, or we try to process personal experiences in the music.”

What were the reactions from the public to your style initially and how have they changed over the years and albums?

“I think there was an underground following from the very start (MySpace!). I think people connected with the ‘feeling’ of the music and the ‘feeling’ has not changed, I like to think. It’s still as sincere as possible. We don’t do music for the fame, money, etc., we have successfully stayed anonymous. I think it shows and people pick up on that. Just raw emotion. Mostly the reactions are positive.”

As far as that anonymity goes, was hiding your identities something you wanted to do from the start? What is the reasoning behind doing this? Are you finding it more and more difficult to conceal your identities as the band goes on, people/fans get more inquisitive and technology kills privacy?

“We’ve managed so far. Time will tell how long we can stay anonymous. It was something we wanted to do from the start. We did not want AAfCC judged based on our other projects/bands. Also, we like the focus to be on the music and not the people. Since we don’t really mingle or play live, the chances are slim we will get exposed.”

Almost as an extension of your sound is the idea that AAfCC isn’t exclusively about darkness, negativity and other common black metal elements. How has demonstrating a sense of light at the end of the tunnel worked for you in the scene you’re in?

How long did it take to write All fell silent…? For a band that doesn’t play live, how do you feel that your album release cycles are different than typical bands that release a record then go on tour for a year or two? What do you use to separate the point the writing for one album ends and the next one begins?

“I think the album took almost six months to write and record. We usually get together after most of it is written at home already. We just arrange and re-arrange until we are all happy. We record, mix and send it to the label. We don’t rehearse often. I think every year we have a few months where we work on an album. After one is done, we take a break for months until we think it’s time to write and record another one.”

“We made some production improvements, I think. The sound is a lot clearer, but other than that there’s not much different than previous efforts. We also never have a plan when we start a new album. It’s always something that comes together rather spontaneously. One song will lead to another, etc. That’s how the different albums come to life. The goal is always to try to write the best songs we can, have the best feeling, melodies, etc.”

Lyrically, the album tackles some pretty non-metal (black metal or otherwise) topics, like on “I Became You,” for instance. The album was described in your bio as “a chronology of the human condition.” Do you view and conclude the human condition to be more of an overall positive or negative experience?

“Both! Always love AND death. In our experience, life is never always positive or negative, that’s the beauty of the thing and something you realize when you get older.”

“I think it’s something everybody experiences in their life: after something tragic, beautiful, something with great emotional impact… there’s that moment of dread and/or awe where everything just seems to stand still and you’re left in a cocoon of silence. That is what the album title/song is about. At least I have experienced this like that.”

What are the major differences you hear on All fell silent… when you compare them against your previous records?

How did Prosthetic come to be involved? What is the deal like and was there any trepidation about what the label might have in terms of requirements that might impact your aesthetic (like being forced to tour in support of the album, compromising your anonymity, etc.)?

“No, nothing of the sort. Otherwise, we would have simply declined. We got an email, discussed details a bit and that was that. Easy and simple, that’s how we like it.”

Has there ever been a discussion about ever playing live? Why haven’t you played live in the 10+ years of the band’s history?

“In the beginning, we just wanted to record some great music, do a couple of albums and leave it at that. Over time we thought about playing live, but life got in the way. Still, with our personal lives, playing would be possible but difficult to plan. We’ve gotten some great offers, but we still are a bit hesitant about playing live. One is the anonymity thing, the other is that expectations will be super high, almost impossible to live up to. Plus, we’d need to rearrange our lives completely to go on tour, etc. Maybe in a few years…”

What do you hope people who listen to the new album (or any of your albums, for the matter) take from the experience of AAfCC?

“I hope people think: ‘Fuck this is a beautiful song!’ I hope the melodies give people goosebumps, I hope people can relate to the feeling and atmosphere of the record and get something beautiful out of it.” 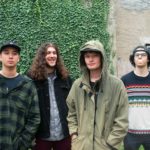 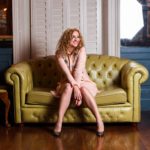