Bang! We’re cocked, locked, and loaded to kick-start your week thanks to Plastic Handgun, the experimental post-punk project from Mark Di Giovanni. The artist has arrived with his new single, “Curtain Call,” an atmospheric electronic track lifted from his sophomore record, Gatekeepers. It’s just another side you’re getting to see from the talented Di Giovanni, a marked contrast to his previous single, the moody, bedroom post-punk track “The Dark Plaza In My Dreams.”

The songs that compose Gatekeepers are all conjoined by a certain kind of ‘disconnected’ feeling which you can hear in the psychedelic aspects of “Curtain Call.” It serves as the perfect tonal and sonic follow-up to previous single “The Dark Plaza In My Dreams” which was written about the dissociative effects that a sleep disorder can have on an individual who is dealing with frequent nightmares. There’s an uneasiness to Di Giovanni as an artist, and it’s sewed all the way through Gatekeepers.

Now over a decade old, Plastic Handgun has been a fixture in the musical career of Di Giovanni. As a Toronto-based independent artist, Di Giovanni has been extremely active within the indie music scene, never backing himself into the corner of any particular genre. In the early days, Plastic Handgun was more of an outlet for experimental electronic music before moving towards a more structured post-punk and rock sound in recent years. This shift took about five years ago upon the release of Involuntary Memories in 2015. The album was an amalgamation of genres and sounds that was more directed towards the realization of an atmospheric and hypnotic sound. Gatekeepers has continued on this same path, but this time Di Giovanni is giving some credence to more of an art rock influence.

As a special accompaniment to our unveiling of the new Plastic Handgun single, we spoke with Di Giovanni where he told us more about the musical qualities of “Curtain Call,” this ‘disconnected’ quality of his music, and we also gained a little bit of insight into the Gatekeepers album.

“Curtain Call” is quite an ambient track and a little bit on the psychedelic side. What was going through your mind when you wrote this song?

“This song encompasses a lot for me, but at the root is the feeling of being trapped in an emotional hangover. There’s a certain resignation that comes with that, like you’re just going through the motions, so I wanted the song to sound hazy and entrancing, yet depleted.”

Whereabouts within the timeline of writing your new album Gatekeepers did “Curtain Call” come up? Is this a recently written song?

“This was the penultimate song that I wrote for the album, and one that really helped everything click into place. I finished recording it in February so it’s still fairly new.”

There’s a ‘disconnectedness’ to the song as well as the Gatekeepers album. If you could, please share with us your motivations for writing this album and what sound you were trying to create with it.

“I think the feeling of being disconnected has always been a central theme in my work. That being said, I made a conscious decision to be more direct with this album in hopes that it can connect with more people. There’s still a lot of tension there though; a lot of nervous energy that I need to expel, which comes out in the songs. I know it doesn’t exactly sound like one, but this is my odd version of a ‘90s alternative rock album.”

This sounds like a very independent album that would have been created mostly, if not entirely on your own. Did you write or record with anyone or is this completely your concoction?

“For better or worse, this was completely a solo project.”

With this being your sophomore album, we’re obviously still getting to know Plastic Handgun. Tell us a little bit about your background in music and how it eventually wound up here with this project.

“Writing and recording has been a steady part of my life for about fifteen years now. I’ve bounced all over the place in terms of genres, but for a long time I was making electronica instrumentals, which still influences the way I approach producing and songwriting. Over time, I shifted back to using guitars and a typical rock setup as a more appropriate outlet for these songs.” 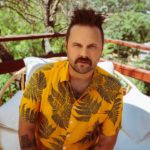 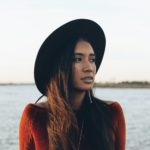 With Her New Single, Raye Zaragoza Redefines What it Means to “Fight Like A Girl”