Contrary to its famed origins as a secretive, exclusive club only for the trvly kvlt, black metal has grown to become one of the most versatile subgenres of metal. It goes with anything: shoegaze, NWOBHM, death, doom, synth, you name it. Proving this with aplomb is Wretched Empires.

Their debut EP, Bloom, is a short sharp shock of pure second-wave worship, all furious blast beats, abyssal vocals, tremolo riffs, and suitably murky production. But while the influence of the second wave looms large over the record, there are plenty of other ingredients in the mix. NWOBHM rears its denim-clad head in the guitar solos of both “Ghosts” and “Shadows,” but more noticeable is both the crust-punk edge on the riffs and bass, not to mention the murky production that mires the record in perfectly filthy distortion.

But soft, what light through yonder interlude breaks? It’s folk, and it’s beautiful. On both the instrumental track “Home?” and in the quiet moments on “Ghosts” and “Shadows,” the guitars of Will become softer, exhibiting some excellent folk melodies in the vein of Twilight Fauna. There’s a palpable, heartbreaking sense of yearning on “Home?,” which ties in nicely with the themes of the lyrics.

The personnel on the album – Tom on vocals, Will on guitars and bass, and Cody on drums – are alumni of two of the most explicitly political bands out there at the moment: Tom lends his fearsome bellows to Allfather while Cody and Will are former members of hardcore-crust-punk outfit Redbait. Will himself is responsible for mixing everything together, an impressive feat given that Tom lives in England and the others are out west in Missouri. But rather than the furious calls to arms of either of those bands, Wretched Empires challenge listeners to look inwards and think about who we are as people and how that can influence global politics.

For example, “Ghosts” invites us to reflect on the ongoing climate crisis: “Graveyards of skeletal forests/The stink of a dying land … We are the ghosts/The ghosts of broken earth.” Those skeletal forests are clear references to the forest fires and bleached coral reefs of Brazil and Australia, both of which are direct results of (or at least natural phenomena horrifically exacerbated by) man-made climate change. Long after humanity is gone, our ghosts will remain in the graveyards of skeletal forests – forests which we killed.

Meanwhile, the lyrics of “Bloom” exhort us not to bury our heads in the sand and ignore the truths of ourselves: “This is not who we are? This is who we’ve always been… Too Late We See The Truth of Ourselves.” Things are bad right now, and guess what? It’s our fault. Perhaps not on an individual level, but certainly on a collective one. However, I’ll offer a counterpoint. The song focuses on hateful politics, pushing listeners to interrogate their personal responses. But we don’t need to look too far for the solution. In the wake of Covid-19’s quarantines and lockdowns, mutual aid groups have appeared globally. There are plenty of people working to try to halt the climate crisis. Antifascism is a growing movement. Famed children’s tv presenter Mr. Rogers once quoted his mother as saying: “Look for the helpers. You will always find people who are helping” when news reports scared him. And it’s true. There are people who are helping. For all that we absolutely must look deep within ourselves and accept that we are responsible for the bulk of our planet’s current problems, the other side of that coin is that we are also the solution.

Our inherent gregariousness, that human urge to reach out and offer help to one another is what will save us if we allow the seeds of it currently being sown to truly bloom. Change the emphasis in the lyrics, and the opening question posits humanity-as-problem, while the follow-up highlights humanity-as-solution. The lyrics of “Shadows” are thus a defiant call to listeners not to forget this: “Hold your torches aloft/These roots cannot be lost.” Sandwiched between them is the pensive instrumental track “Home?,” a wistful, at-times mournful, but overall hopeful guitar solo that invites the listener to sit and reflect quietly on the questions asked of them.

In sum, Bloom is excellent. The furious riffs and anguished lyrics are sure to please even the trvest kvlt fan. With this debut EP, Wretched Empires are offering listeners a bright torch in the night, held aloft, saying “Come, follow us, we will find our way out of the darkness together.” This is the kind of black metal we need right now. 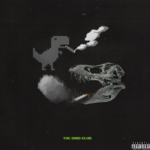 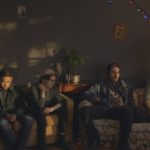