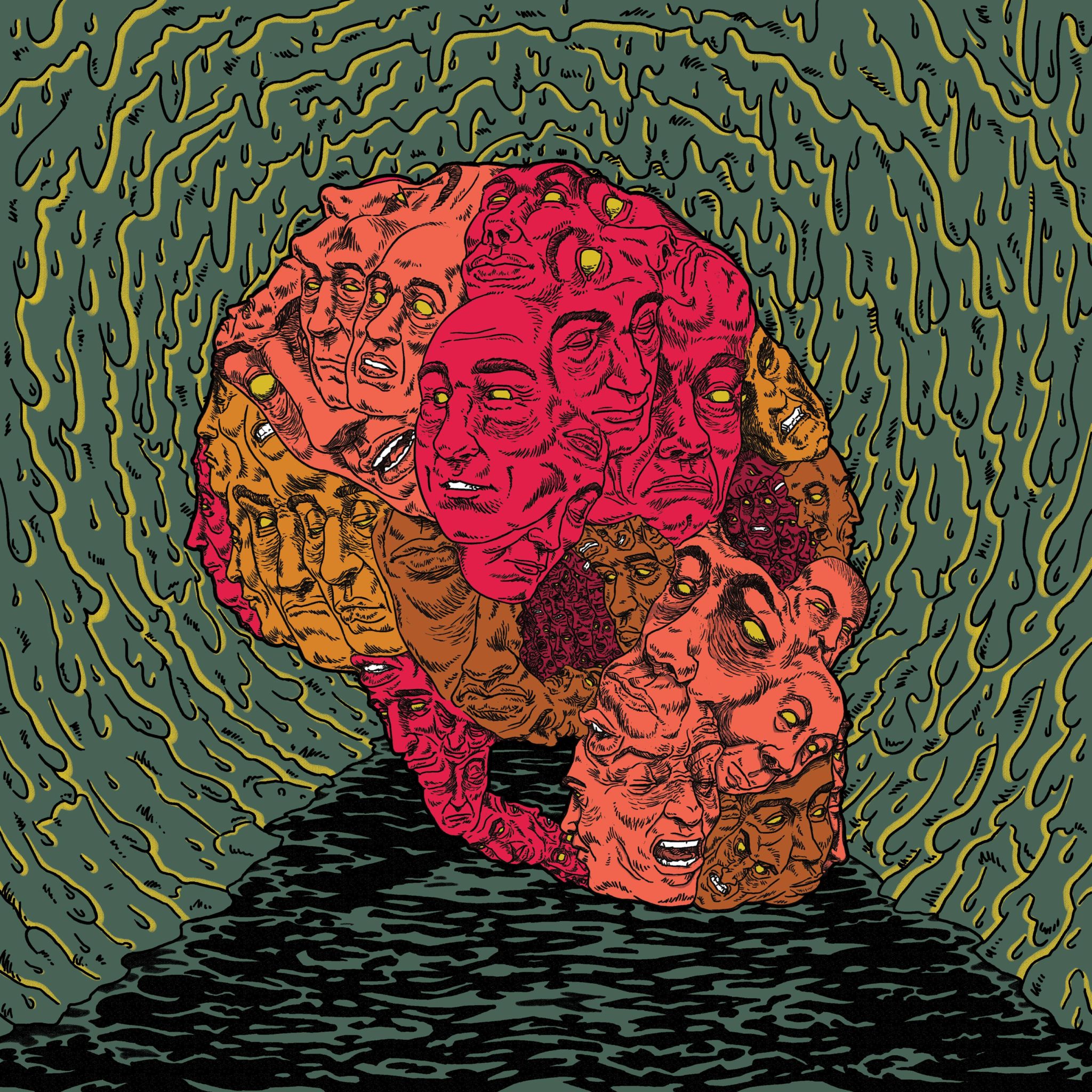 In these quarantined, crazy crisis times, one thing we could all do with is crushing new music to wrap over our ears until we can once again enjoy the sun, beer with friends, and long walks down the beach. Thankfully, the eclectic and rising name of sludge, WOORMS, has recently released their sophomore record – Twitching, As Prey – via Hospital/Sludgelord Records. Their 2017 effort, Slake, shook the brains of its audience with its diverse savagery, and we only expect the same in abundance this time around.

“Take His Fucking Leg” opens the record, and we’re met with Joey Carbo’s rugged, ground-down vocals which pair well with the distorted crunch of John Robinson’s bass playing. It’s a solid start – with Carbo demonstrating some interesting guitar work – if not a little repetitive and lacking a real kick one would expect from an outfit that takes doom as a solid influence. Whether this is down to the production or the song itself is unclear, but an opening burst feels missing from the start of this record. As such, one would get quite a surprise listening to this after the shock, slam, and success of WOORMS’ debut, Slake. Thankfully, this somewhat underwhelming start is not a portent for what is to come. In fact, it’s the complete opposite.

From here on, Twitching, As Prey certainly picks up and you begin to understand WOORMS’ rather unique, unabashed and honest sound. There’s no room for messing around; WOORMS is half sludgy swamp demon, half psychedelic and maniacal beast which takes more than one listen to fully comprehend. This is demonstrated well in “Unicorn Corn” and kind of makes my point – Carbo’s odd, almost Primus-like lyrics and waltzes with similarly trippy instrumental licks in between dragging, distorted, sludgy riffs leave you enveloped in this rather peculiar approach to metal. “Beauty is a Trick of Light and Sorrow” follows a unique path, with evangelical preaching and organs preceding a sorrowful guitar passage which leads into their signature sludge sound. Of course, organs pop up every now and then for good measure. Referring back to this honest sound, it’s clear that WOORMS are doing whatever the hell they want and loving every second of it.

WOORMS takes on a Clutch-meets-Melvins approach in “Escape Goat,” which is definitely more on the right path in terms of impact. Aaron Polk’s drum beats punch and jangle the eardrums as a hypnotic cymbal looms in the background behind Carbo’s increasingly manic vocals and lyrics, e.g. “assholes and roses smell the same to me.” These elements also, at times, shift towards doom-infused with rather psychedelic instrumental influences (see the latter half “Silence and the Saints” for an example of this – Kyuss meets King Gizzard). This all makes for a very tasty – and surprisingly dark – combination indeed, which works to staggering effect.

It’s been mentioned a couple of times now that WOORMS are quite… peculiar. This is meant in purely positive terms as there is no other band currently out there who blends the madness of the likes of Primus and Melvins, with the sheer force and grind of sludge alongside the reliable jam of good old-fashioned rock to create a truly unique beast in Twitching, As Prey. This peculiarity is shown all throughout, but “Fire Is A Good Servant” – the record’s interlude, for lack of a better word – takes it all to a new level as random noises and voices collide to create a rather jarring but entertaining auditory experience and acts as a nice break between the barrages.

Just when you think the sludge element is beginning to tire a little, WOORMS picks up the pace a little in “Line,” which has the potential to be a touring hit. Its sweeps and catchy drum beats make for an energetic and foot-tapping hit which, given the pace of the rest of the record, really stands out and shows that WOORMS are far from a one-genre act. Hell, Carbo’s vocals alone demonstrate this, with each track showing a different part of his vocal chords, and exploring something we can relate to and get pumped up about. “Fire is a Bad Master” also truly pushes the boat out of what one could begin to expect is WOORMS’ ‘sound’ as it delivers a strong smack of subwoofer electronica to the skull – (if only Death Grips went metal from time to time…?) – bordering on electronic noise and creating a rather haunting atmosphere. From this, you can tell that WOORMS has really taken their time with Twitching, As Prey to dig deep and come up with something truly unique.

Twitching, As Prey is quite possibly one of the most innovative and musically thoughtful releases of 2020 this far. Its nods toward sludge and the psychedelic and ability to blend the two in such a way, while also taking a peculiar approach to lyrics and general songwriting, make it a beautifully nasty attack on the senses. Its elasticity and ability to simultaneously shift between styles yet ultimately sticking to the same road makes it a diverse and formidable beast and a real nod to creativity. It should be said that Twitching, As Prey is not a one-listen record; revisits are required to fully appreciate what’s been put together here.

1. Take His Fucking Leg
2. Escape Goat
3. Unicorn Corn
4. Fire is a Good Servant
5. Silence and the Saints
6. Beauty is a Trick of Light and Sorrow
7. Line
8. Fire is a Bad Master
9. Because They Looked Like Crosses
10. God Botherer