Witch Taint turns the key in the ignition of the Scooby-Doo mystery machine with Emperor riding shotgun and burn out in search of the bad guys playing those Hanoi Rocks guitar riffs on Sons of Midwestern Darkness. If it weren’t for those meddling kids, this musical crime would be solved. This release is so badass it should be taken seriously, but because it sounds like Steel Panther and Immortal ran into a haunted house with a case of beer, a dozen hookers, and leftover Chinese food, it’s simply another parody. As folklore has it, Witch Taint is the creation of ‘Matthias Backwards,’ comedian/musician Phil Costello, and ‘Lance The King of Black Metal and About 500 Hundred Other Things Most People Can’t Handle’ comedian Dave Hill.

These guys shit-talk a lot of classic death metal, but, in contrast, it’s the epitome of a Lord of the Rings quest: one ring to rule them all! “Black Metal is the music of the Gods, and Death Metal is pussy music for children who still live with their mothers.” After the Cheech and Chong-like interplay, they vocalize, “The scary Glen Benton put a cross on his face, if you ask me, he should be working at Subway.” The running joke is so hysterical you almost don’t need a punchline – the entire album is a laugh factory. The in-between song banter is what makes this album. When Satan himself proclaims he never had sex with your mother, so you’re not legitimately his children, he suggests you go into the guitar solo. Ad astra, “You cannot go through life being grim, extreme, brutal, kvlt or any of that stuff all of the time.”

Besides the twin team comedy, there’s also happy birthday candle wax drippings on the influenceable nipples of King Diamond, Alice Cooper, Steely Dan, ABBA and the Bee Gees, which infuse the obvious musical standards. This is standout black/death metal, rock and roll joke/funk that pulls the stage curtains wide open on what formulates Witch Taint. I’m normally not one for comedic music, but Sons of Midwestern Darkness hits home when everyone’s needing a bit of uplifting. The whole release is so blown out of proportion you can only LOL and not take things so seriously.

So, right about now, let’s forget all responsibility, kick back with a few Scooby snacks, and chill with Sons of Midwestern Darkness, because, in life, we have less time for Satan. With all the crazy changes in the world, just remember to laugh at yourself and each other, because, if you can’t, nobody else will. Love, Frodo, Scooby-Doo, and Cheech and Chong. Let’s dance! 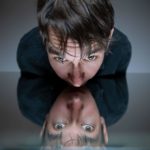 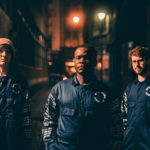