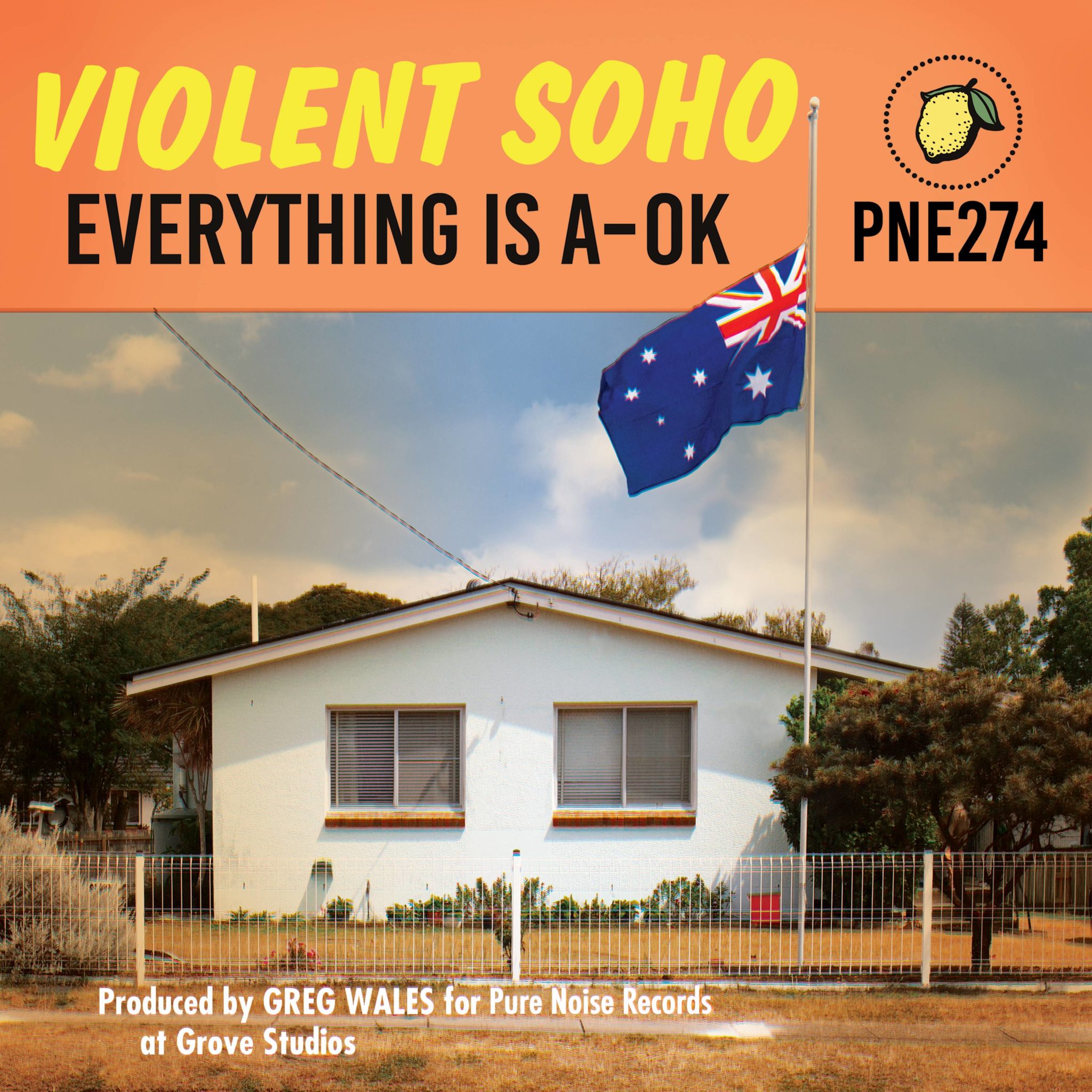 The climb is no less significant for a star reached overnight or one that develops a craft over years to construct a career well-deserving of stardom. Mansfield grunge rockers Violent Soho have spent the greater part of the last two decades designing their makeshift ladder to success, and their most recent bout, Everything is A-OK, is a sturdy rung defining this significant moment in their career.

From launching into public conversation with 2013’s anthemic Hungry Ghost, their next release, WACO, saw the number one slot on both the Australian iTunes and ARIA charts pushing the band to new heights. Violent Soho quickly became a household name, but they still had more to prove than just being likened to a second-rate Smashing Pumpkins. After joining the Pure Noise Records roster, the group, no longer pressured to prove themselves, set out this year to put together what might be their most honest piece of work to date.

Despite the current pandemic damning us to a regressive slouch as we are forced to spend time alone at home, the music on Everything is A-OK sees the guys reach a lyrical and instrumental breakthrough in fear of growing complacent – giving listeners a tinge of hope during these trying times. But make no mistake, the band’s bold “Jesus Stole My Girlfriend” attitude is not lost to their past. In the lead single “Lying On The Floor,” vocalist Luke Boerdam demands “like a cigarette break / I just need a complaint” carrying a melody reminiscent of Cobain’s flannel-tinged angsty vocal nuances. With the quiet verse / loud chorus dynamic, the group borrows tricks from Nirvana’s catalog of hits and creates an instant flashback to a ‘90s living room TV set with MTV cranked on high.

Overall, Everything is A-OK is an honest self-reflection from feelings spanning the band’s career. The album features several standout tracks bound to be staples in their live set, including “Pick It Up Again,” “Vacation Forever,” and “Shelf Life.” Catchy guitar riffs and driven drums combined with unique storytelling provides a cohesive piece of work with high replay value. By showcasing the gruelling attitude some hide away from the light, this allows listeners a glimpse into the Violent Soho’s promising future and is justification this album is something destined to be akin to their own In Utero.

Everything is A-OK Track Listing: