In Belle and The Dragon, you have a band that you may not be aware of, but one you likely will be paying more attention to from here on in. The names behind the group may sound familiar to you, but the music they make may not. The core of the band is composed of Flyleaf guitarist Sameer Bhattacharya, bassist Pat Seals and P.O.D. drummer Wuv (or Noah Bernardo). From that, you may assume that this is some sort of supergroup coming together as a cash grab, but think again. The members have made it clear that Belle and The Dragon’s music may confuse some who are fans of the aforementioned acts. The plan isn’t to live up to listeners’ preconceived expectations; it’s to make more progressive art detached from the constraints of their other projects.

Released in January, Birthrights is Belle and The Dragon’s debut record, a collection of tunes wading between alternative rock and light pop, a far cry from the heavy guitars and breakdowns of Flyleaf and P.O.D. The album wasn’t exactly approached in such a deliberate way to stray towards a different path, it just ended up going that way. Working with producer Dave Hidek (Flyleaf, Zao, Sting), the band wrote and recorded each song as an individual entity, with the only goal to make each song as good as possible. That allowed for the freedom to experiment and try different types of instrumentation. Essentially, Birthrights is just a record of good songs, no strings attached (unless you count guitar/bass strings).

In yet another edition of UnCovered, we spoke with Belle and The Dragon’s Sameer Bhattacharya about the vintage-looking cover artwork, or photograph, of their debut record, Birthrights, where the photo came from, and the details behind how it became the cover.

The new album’s cover is a photo of yourself and your dad from the ‘70s. Help us understand the album’s lyrical content/theme and how it ties to the image?

Sameer Bhattacharya: “This is a great question. The cover photo was taken around 1986. I found it in a shoe box of photos my mom gave me years ago. For me, it encompasses the idea of familial, cultural, and ideological inheritance. No one gets to decide their genetics, where they are born, what ideas dominate their community, or how they are raised. Those decisions are beyond our control.”

Were you considering other images for the cover, or was this the only one, and why?

“There were a couple of other images I thought would be appropriate. I was taking a walk on an overcast day in North County San Diego where I live when I saw these palms trees shooting up into the dark gray clouds. The picture I took captured the loneliness of those trees and that affected me. I wanted to use that as the cover and call the album Paradise. That was before I came across the photo that would become the official album cover. There was a photo of me and my parents on my first birthday that I considered.”

Set up the scene for this picture; Where were you? What were you doing there? What was the weather like? Who snapped the photo?

“I think we were somewhere between Holland, Texas and Houston. I can’t remember what we were doing other than doing what every other family in Texas does that time of year which are the obligatory bluebonnet pictures. My mother snapped the photo, and there is a complimentary photo that my dad took of my mom holding me too. The weather looked like it was a beautiful spring day in Texas. When I look at these photos I can smell the bluebonnets and feel the air.”

Check out our gallery of original photos, drafts, and more: 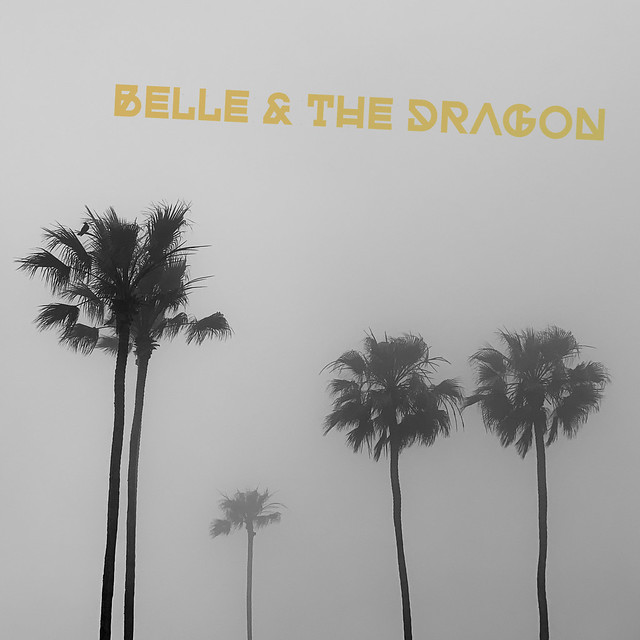 “The artwork set the tone. It puts the music in context, jump-starting what we might imagine in our heads when we hear the songs.”

“I know what I see. I hope the audience will project themselves into the artwork and experience something that is personal to them. I want them to think about the inheritance and expectations thrust upon them unconsciously.”

“I remember seeing the video for ‘Untitled #1’ ( Vaka) by Sigur Rós and thinking that was the most beautiful thing I had ever seen. That was when I fell in love with Floria Sigismondi’s work. A few years before I had bought a U2 music video collection on DVD and it had a lot of commentary by Anton Corbijn as he explained his work and I fell in love with his, Tarik Barri.”

“Non-digital art requires more supplies and real estate, but you can take a chisel to something or sling paint around. Digital art has a different learning curve of having to learn the ins and outs of programs, CPU usage, and rendering times, but can achieve phenomenal results. There is no wrong or right way to create art as long as we’re creating something. Most people don’t create anything out of fear of being critiqued or frustration of learning how to use the tools. Art is art. Create stuff, good or bad.”

“It depends on how stubborn I am with an idea. But generally I work with people whose opinions I trust.”

“My favorite thing about the album cover is that this powerful image of me and my dad will live forever in the archives where people all over the world will be able to experience it.”

Did the artist work on any art for the album besides the cover?

“I designed this cover. It is my first.”

Do you have a favorite album cover of all time?

“It’s Blitz! by Yeah Yeah Yeahs is probably my favourite cover of all time. It’s simple, yet full of energy. Very cool.” 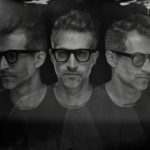 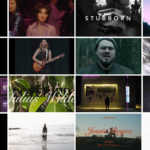 15 Indie Music Videos to Entertain You During Quarantine