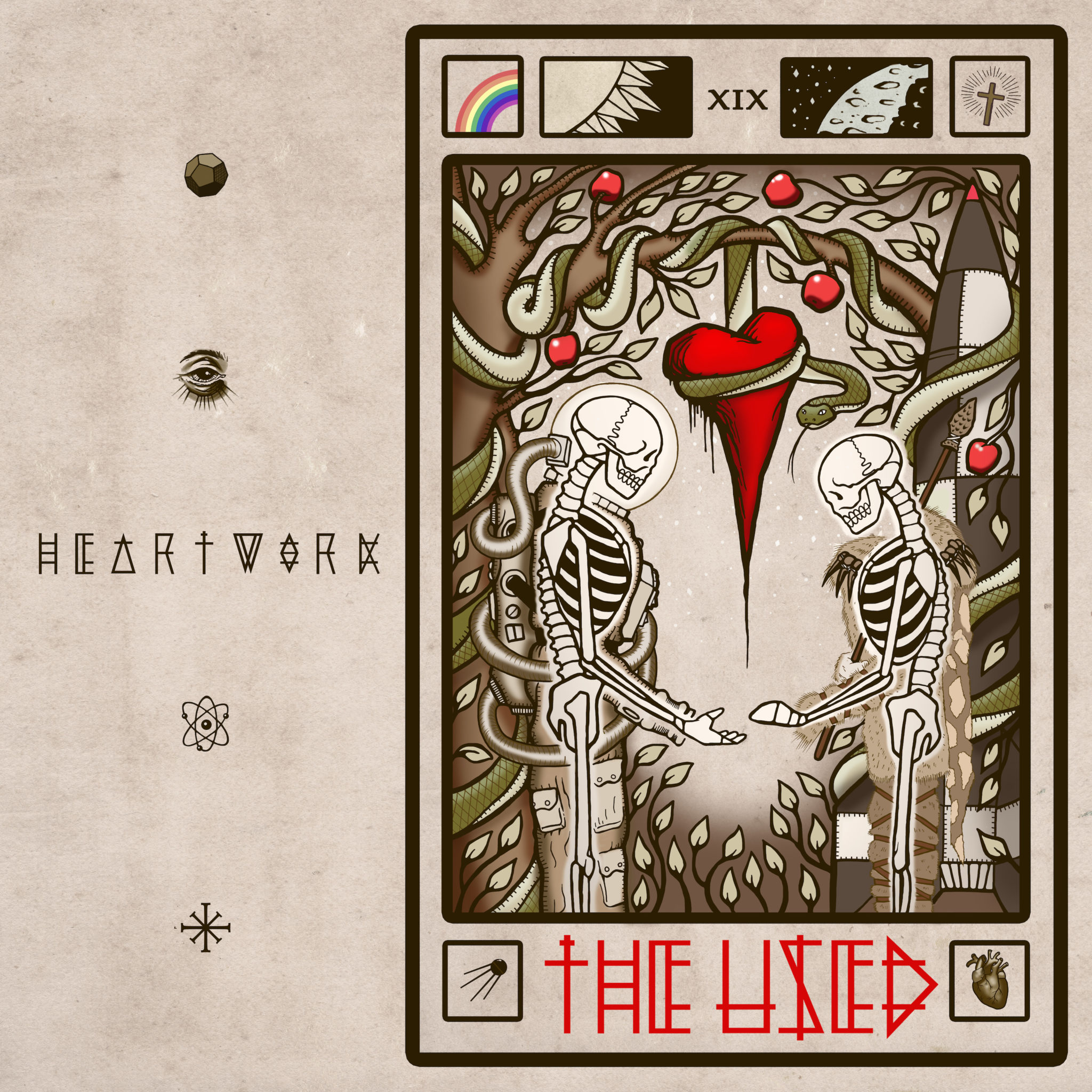 Many artists fade into obscurity as they navigate the scene, but few have managed to fight back the innate creep of irrelevance such has Utah alt-rock/post-hardcore poets, The Used. Originally dubbed “Dumb Luck,” the band’s rise to be prominent players in the Vans Warped Tour scene and beyond is nothing short of luck. The Used’s climb began in 2002 with the release of their debut album under the same moniker. Since then, they have played countless sold-out shows, joined Vans Warped Tour and numerous festivals, and have had records reach gold and platinum status. With hit songs such as “The Taste of Ink” and “I Caught Fire,” the group’s music has filled the ears of disenfranchised punks for nearly two decades…yes, you read that right. Can you believe their debut self-titled album has been out for almost twenty years? Feel old yet?

Known for their expertise in illicit storytelling, the band delighted fans by teasing their plan to revisit their eponymous 2004 record, In Love And Death, with their new full-length release, Heartwork. The decision comes as a welcome one, as In Love And Death achieved platinum status after selling approximately 1,000,000 copies and is revered by critics as their best record to date. Over the years, the group has explored a variety of stylistic decisions ranging from mid-2000’s post-hardcore to hip-hop rewarding listeners with an unequivocal uniqueness-fighting the begrudging staleness typically brought on by time. Heartwork follows suit and is filled with a wide range from emo-pop to post-hardcore.

Bert McCracken on Heartwork: “The new album plays on the emotions, the sincerity, and the vulnerability of the first record and In Love and Death, with a little bit of the flair from Lies for the Liars. Standing in the streaming circle pit with Kesha and Halsey, the album is just as modern sounding. John Feldmann’s production is THAT professional. It sounds really good! Those are two really random examples, but I think if you listen to both of those records, the songs are all over the place: dance, pop, actual punk rock riffs and drums. I think music is so all over the place right now that The Used fits in perfectly.”

The album is a hefty sixteen-track bout featuring a handful of guests including two-thirds of Blink-182 (Mark Hoppus and Travis Barker), and Caleb Shomo of Beartooth spanning several tracks making up most of the second half of the record. Of the features, Shomo’s vocal work on “The Lottery” offers a strong juxtaposition to that of McCracken’s, resembling the band’s work on previous albums, and quickly became a personal favorite. The group is also joined by Jason Aalon Butler (Fever 333) to unleash hell in the lead single, “Blow Me.” The two frontmen create a unique balance using McCracken’s pop influence on song structure with a tinge of terror similar to Butler’s previous project, letlive.-an immediate throwback to emotions my first time listening to the 2007 release, Lies For The Liars.

The album’s title track features McCracken reciting a dissonant poem, deep in emotion, and fragile in delivery. While I was a little disappointed there wasn’t a breakdown to follow his narration, like “I’m A Fake,” this goes unnoticed as the rest of the album does not shy away from presenting emotions at face value—something the band has always done well. One song that caught my attention in particular, is the drum and bass-driven “1984 (Infinite Jest).” Expecting a breakdown before the chorus, the track instead relieves instruments for a diner-style snap of the fingers followed by the sounds of a ticking clock before being rejoined by McCracken for an acapella escapade-instantly warranting a replay.

The Used played a vital role in shaping my taste in music during my teen years. It’s not only an honor to write about their work on this album, it gave me the opportunity to revisit their catalog and relive many forgotten memories (good or bad) from my youth. Needless to say, I added a majority of their songs to my daily rotating playlist. Stylistically, the record is unique in its offerings: varying instrumental elements well-designed to encapsulate and ensure each listener will find something to sink their teeth into. In “Paradise Lost, a poem by John Milton;” McCracken states “…can’t bring myself to cut ties…won’t let me shake the shadow,” and it’s clear the group refuses to allow their past to die, and it’s with good reason. Heartwork is the perfect sequel to In Love And Death. This album is not just a subtle nod, but a fair homage to their former selves-even after sixteen years-and is sequential for the band’s continued growth as narrators for the brokenhearted.