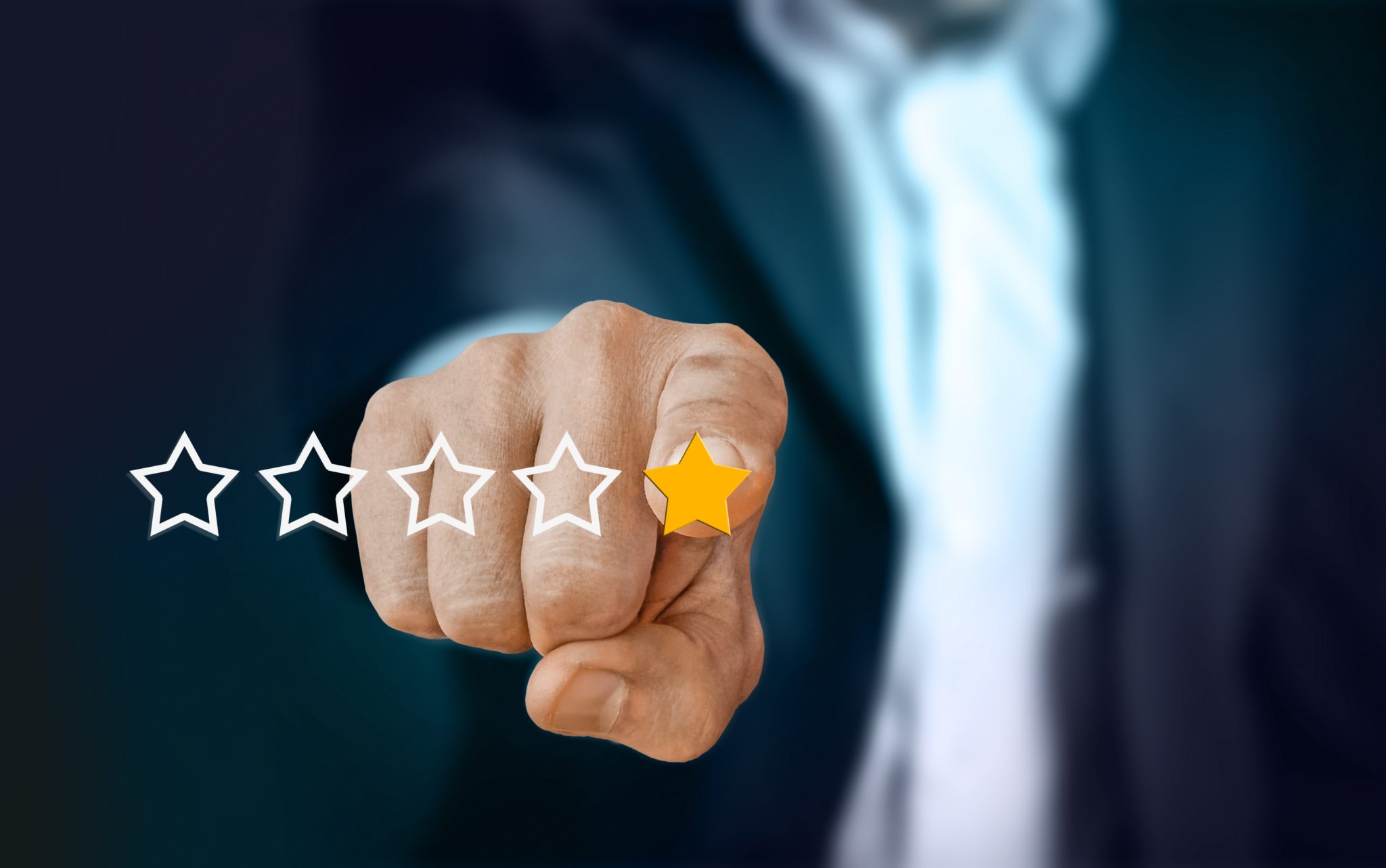 The Efficacy of Rating Systems in Music Journalism

Numbers are important. We see them in binary – the concrete which cements the efficiency of code, computers and computations – and we see it in the delicate scales of finance and shares. They are the foundation of most of the modern concepts we experience on a day-to-day basis, with these concepts expanding and becoming more dominant as time and technology progress. However, sometimes they can do more harm than good.

Critical journalism, especially in the fields of music and film, has seen an awkward dependency on numbers for years. We see them all the time – ratings in publications such as Kerrang!, Metal Hammer and so on giving a number out of X for a band’s latest recording, evaluating the success of their efforts in the form of an ambiguous Likert scale. So, what are the potential issues with that?

A Likert scale is a gradient for measuring participant responses and was brought to popularity within the field of psychology. One of the most famous uses of a Likert scale is via the Five Factor Personality Test (AKA the “Big Five”), whereby an individual’s personality is measured in terms of openness to experience, conscientiousness, extraversion, agreeableness, and neuroticism. The result is defined by the individual’s scores in a questionnaire, where they answer each question with a score between 1 and 5.

In music journalism, the image of a Likert scale is represented in these star/number ratings which range from 1 to 5 or 1 to 10, dependent on the publication’s preferences. Let’s use 1 to 5 for the sake of this article, where 1 is the poorest score one could receive, and 5 the best. So, in the context of music journalism, one could argue the following ‘scale’ for a publication’s rating system of 1-5 points:

(NB: This is a fabricated example, and does not reflect any publication’s ratings)

To begin with, let’s think about the use of these scales to determine the success of Band Name’s new record, “This Is the Second One We Made.”

From my time as a psychology undergraduate, I’ve learned that systems such as this bear little to no efficacy for concrete, objective measurement. Scales such as the Likert (1-5) are really quite arbitrary, as there is no definitive point in which 1 moves on to 2, as the ‘gap’ between them is mostly subjective. This is because a 4/5 album to one reviewer can be massively different from that of another, and there is no true way to define the gap between number ratings. It can certainly be argued that an album is a 1 out of 5, but at what point does that 1 move on to 2? Is there a definitive criterion? Typically, the answer is no.

This is an issue as the rating system for ‘grading’ an album is based on ambiguous and relatively nonsensical approximations of numbers, which ultimately bear no impact on the reader bar mild classification:

“Have you heard album Y? It only got a 2/5, so it must suck! I won’t bother listening to it after work!”

Now, we get into the real issue of the use of rating systems such as these in music journalism. Let’s bring back Band Name’s record. They spent a lot of time writing, recording, and mastering their sophomore album. Upon its completion, they felt victorious, satisfied and proud. Critics, on the other hand, had a few things to say:

One review written by Mr. Cree Teeq provides thorough, honest feedback and suggests the record is promising, however, falls flat on vocals and there is some blending throughout, or production hides the bass. Many good things are mentioned about the record; however he offers Band Name a rating of 2/5.

The issue of subjectivity comes into play right off the bat with this rating. Where do the merited 2 points come from, and where do Band Name lose 3? How would one summarise what a ‘2/5’ album is, and how could it be considered ‘Poor’ if there are a lot of positives to discuss? It’s practically impossible, as there is no definitive and universal criterion for journalists to use for each step of the scale. Music journalism is also a very quintessentially objective practice, in an area which is predominantly subjective. Therefore, the use of an arbitrary number system to summarise a 500/600-word critique on a subjective piece – nowadays at least – is outdated.

There are a number of issues that arise from ratings such as these. To begin with, when the review reaches Band Name, they will read the article and may feel levels of understanding, appreciation, and of course, response to their negative feedback. However, the little number at the bottom of the screen – 2/5 – immediately places the band in an ‘area’ of success (‘Poor’ on our scale), and their effort in an area of worth.

These areas of ‘success’ and ‘worth’ for the band become apparent when we look at how albums (and on a broader subject, film and literature) are typically promoted in media. We pay all of the attention to the 4/5, 5/5 works, and see very little of those who don’t hit these marks. For the artist on the receiving end of a 2/5 rating, one could imagine that it has the potential for quite a crippling effect on their self-esteem. In lieu of this rating, a constructive, critical review would (while certainly still being negative) provide positive feedback, as well as criticisms that allow the artist to flourish as opposed to whither.

This leads to the next area of effect – the journalist themselves. As a freelance music journalist, I am fully aware of the time and effort that goes into writing up a fair, balanced, and high-quality article, irrespective of the size of the band or the weight of the record being released. All jobs are approached in the same manner, and an appropriate level of research into the artist (including but not limited to their previous work, interview quotes, etc.) is required to gain as full an understanding as possible about the artist’s most recent effort. If their entire piece must be summarised into a number out of 5, and that number is the main point taken from it, what is the point of their writing in the first place?

So, what should we do about this? Arguably, the removal of rating systems entirely could cause issues for promotion and labels, therefore one of the ways in which we could strive for a more well-rounded approach to music journalism is by establishing a universal rating system for pieces which is accepted by whichever publications wish to use such a system. This system would have definitive criteria and boundaries for giving a piece of work a specific ‘score,’ in a similar way to a university grading system for example.

This, unfortunately, also breaches the region of ‘subjective’ and problematic, as there will always be different classifications associated with numbers on a scale such as this in the context of critical writing. To associate words with a number in such a way dismisses the importance of the written word and distracts the reader from the quality of written work which provides the important information.

Due to this, more emphasis should be placed upon the writing of the journalist over any kind of number response. A 500/600-word article provides the artist with significant feedback, praise, and criticism for their work, while simultaneously promoting them/giving them a small bio, none of which can be said about a subjective number rating. This has many benefits to both the musician and the journalist (i.e. their written work is appreciated and distributed), and as such, we should strive for the quality of written content over the quick fix of a rating to share our critiques.

A dependency on the quick and easy, and a distraction from the detailed, is all something we must be careful about in contemporary critical journalism. We live in a technologically simplified age where information is rapidly spoon-fed, regurgitated, and sent off to other places faster than a blink of an eye. New releases, artists, and songs pop up in abundance daily, and as such, we tend to skim the information presented to us for fear of overwhelming. This skimming, while rather convenient, has the potential for detrimental effects on both journalists and artists. Not to mention that the core of this issue surrounds our global politics, news, and understandings of the world.

With this article, I intended to shed light on some things to consider when music journalists give that little number out of X, and maybe even to consider whether there’s any point in that digit at all. The words matter less when there is a simple number to place a band into a specific box, and as such, the removal of these ratings would allow artists and audiences to focus on the constructive content that matters and allow journalists to be aware that their work is appreciated. A little number says nothing; words say everything.