“This is it… the wait is over… it’s time to ride like you’ve never ridden before… BIG and DIRTY!”

Sometimes band names just leave you in no uncertain terms as to what you’re going to get, as is the case with Northampton quartet The Big Dirty, whose social media handle is @thebigdirtyrock.

Describing their sound as sex rock, the Northampton rockers music does exactly what it says on the tin. Big, loud and larger than life and you can hear it on our exclusive premiere of their new single “Dirty Rider”.

Speaking about the new single, the sleaze-lovers simply stated: “Our new single, “Dirty Rider”, has finally wheel spun its way into people’s auditory systems! Get ready for an eargasm of epic proportions!”

Before adding: “Get the mop and bucket ready! Dirty Rider by The Big Dirty has started creating havoc on people’s nether regions!”

The Big Dirty formed in 2018 with a common goal of revitalizing the Sleaze Rock genre with beefy riffs, pumping drums, face-melting guitars and vocals so catchy they’ll be forever stuck in your head, they’re paving the way for the resurgence of sleaze rock.

With an ever-growing fanbase and growing support within the industry, the band will release their much-anticipated debut album, The Sex on July 7, 2020.

Big. Dirty. Rock. Promising to “go harder than you did on Prom Night,” wrap your ears around their new single and you’ll agree that these Northampton boys and their music tick all of those boxes. 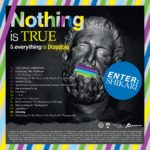 Enter Shikari – ‘Nothing Is True & Everything Is Possible’ [Album Review] 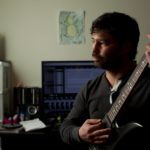