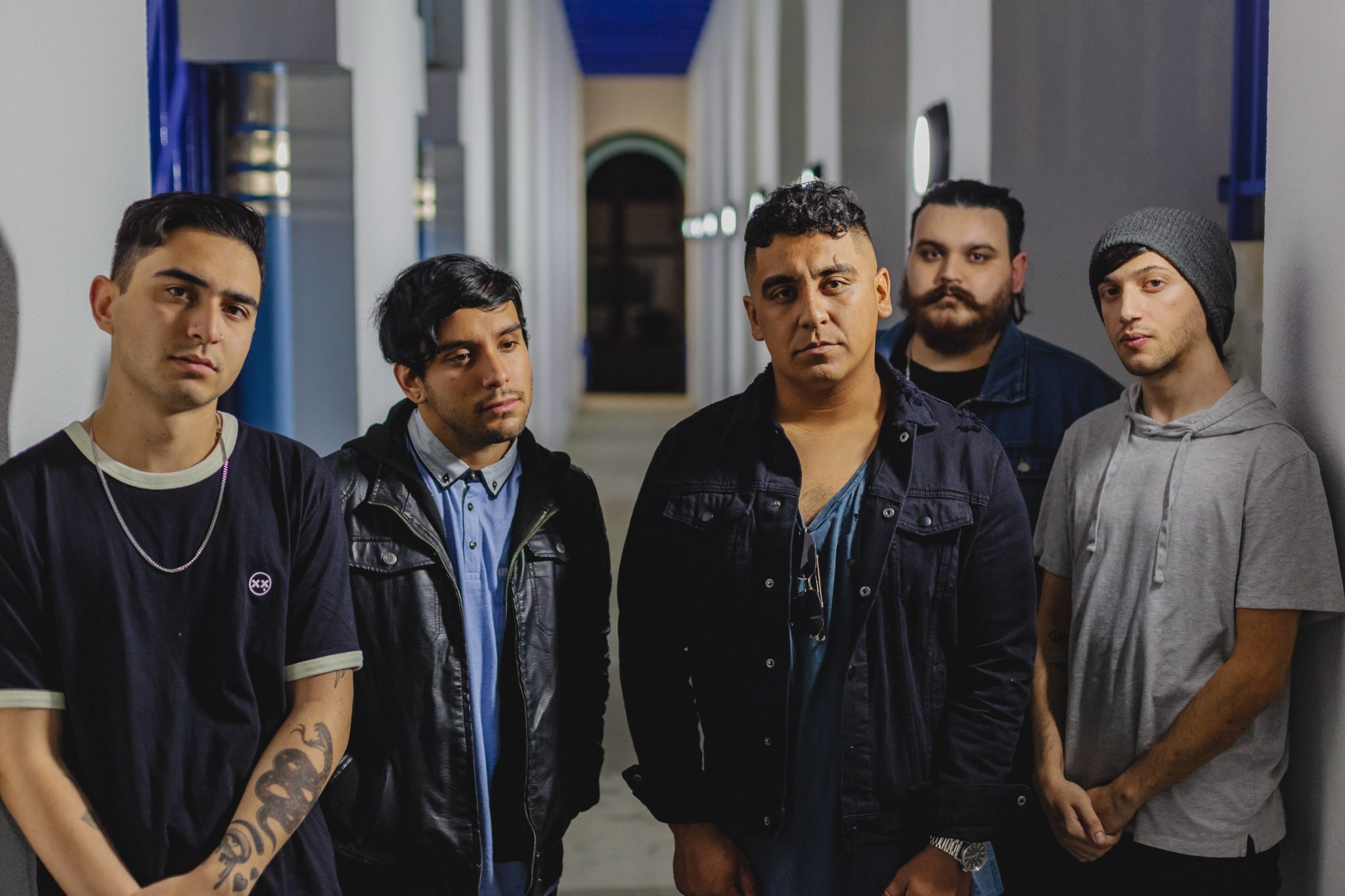 Redeem/Revive Have “Somehow” Once Again Topped Themselves [Video Premiere]

2020 is more than just a regular year for Redeem/Revive; it’s a time to refuel and refocus, not only on new music but also on a whole new era for the Southern Californian band. With the spring upon us, Redeem/Revive are here with their brand new single and music video for “Somehow,” a sharp return to form with a deadly guitar riff that’s bound to get you hooked. The video takes you to an old warehouse where you see individual snippets of each member passionately giving it their all on their individual instrument. For a group that hasn’t released a song since 2017, “Somehow” not only efficiently reintroduces you to Redeem/Revive, but it’s the perfect single to effectively announce to the world, “we’re back!”

“We’re very excited to cover new territory and personally for me, grow as the lead vocalist,” commented lead singer Aldo Escobedo. “We’re pleased with the new musical direction we are headed. It has been a breath of fresh air for everyone in the Redeem/Revive camp.”

Obviously, Escobedo has a lot to do with that new musical direction since he is the most significant change to Redeem/Revive since the release of their debut album, Free Minds, in 2017. They first united late in 2012 after the dissolution of the members’ previous bands. What followed was their first single “Empathy” and their debut self-titled EP in the fall of 2013. The demand for the group began to rise in their vicinity after the release of that EP which meant that the fans were starting to respond, coming out in droves to their sold-out local shows. Eventually signing with Stay Sick Recordings, they finally released their debut album Free Minds in 2017, a monumental achievement for a DIY band who’ve done it all on their own while remaining pure to their musical character.

In light of the release of “Somehow,” Escobedo’s change of role, and an overall new purpose, we spoke with Redeem/Revive guitarist Kriss Ceballos about the new single, its accompanying music video, and what’s kept them going since it all got started.

It looks like you shot the music video for “Somehow” in quite a dingy, beaten-down old factory. Tell us about the setting of the video shoot, what the process was like and how long it took.

Kriss Ceballos: “We always try to have our music videos go in some way with the theme of the song. “Somehow” is about feeling alone and lost so we wanted the location to reflect that. It took us one full day of shooting because of how many times we had to film the same person. It was the first video we did where we’re not all in the same shot and we had to film all our parts individually. Coincidentally it fits with the overall theme because the location was so small that we could only have the performer and one cameraman in the room. Instead of having multiple cameras to cut time, each performance had to be done about 8-10 times back to back in order to get different angles and edit them together.”

How did “Somehow” come along musically when it was being written? What was the first aspect that you came up with that eventually built its way up into being this song?

“The first part that was written was the clean arpeggiated guitar you hear in the intro. The final product sounded completely different than that initial demo. We kept that guitar but we built everything else around it. Once we had mapped the whole song out including the vocals I knew it needed something to really make it pop. That’s where that first heavy riff comes in and just smacks you in the face. Originally the song was much more mellow and slow-paced. After hearing that riff over and over again I knew it had to be repeated so I got the idea to put it over the chorus to see how it fit. There was some worry that it would distract from the vocals but after the first listen I was in love. I’m glad we made those changes because initially, it wasn’t as hard-hitting as it is now.”

The guitar riffs on “Somehow” are quite infectious, and really bring the “rock” element to this track which made me think of how accomplished you all are as musicians despite your youth. How have you managed to become such great musicians at such a young age? Has it just been a ton of practice and trial and error?

“Oh man, none of us feel young at all. I love hearing that. I’m joking haha, we’re all still in our 20’s but we’ve been in the same band for so long that I think we just know how to play off each others’ strengths and mask our weaknesses. Truthfully, it’s been a lot of trial and error but there’s a huge internal vetting process that we go through with anything we work on so we try to catch all our errors before we release anything publicly.”

Since the beginning of Redeem/Revive about seven or eight years ago, you guys have come a long way and you’ve done it all by your own efforts and determination. What do you think has motivated you to keep you going and working away at pushing the band forward?

“Our fans one hundred percent! We all have full-time jobs so everything we’ve done has been a labor of love. We’ve never had very much support within the industry so we’re used to doing things ourselves. We’re very lucky and fortunate to have regular listeners and a fan base that continues to support us through it all. We’re very goal-oriented so there’s always a means to an end. We’re looking forward to reaching new fans with these upcoming releases and at the same time giving our longtime listeners something we know they’ll love.”

So, “Somehow” is a one-off single for now and your first new song in about three years now. There’s got to be more music ready to unleash sometime soon I’m guessing?

“Of course! We’ve got about 5 or so solid songs that we’re polishing up. I just want each song to be given the level of attention they all deserve so we’ll be releasing each of them individually as stand-alone singles. There’s a plan and a process, it has just taken 3 years to see the light at the end of the tunnel. I love what we’re making right now and I’m incredibly excited for everyone to listen to it. I don’t think anyone’s going to be disappointed. “Somehow” is just the beginning.”