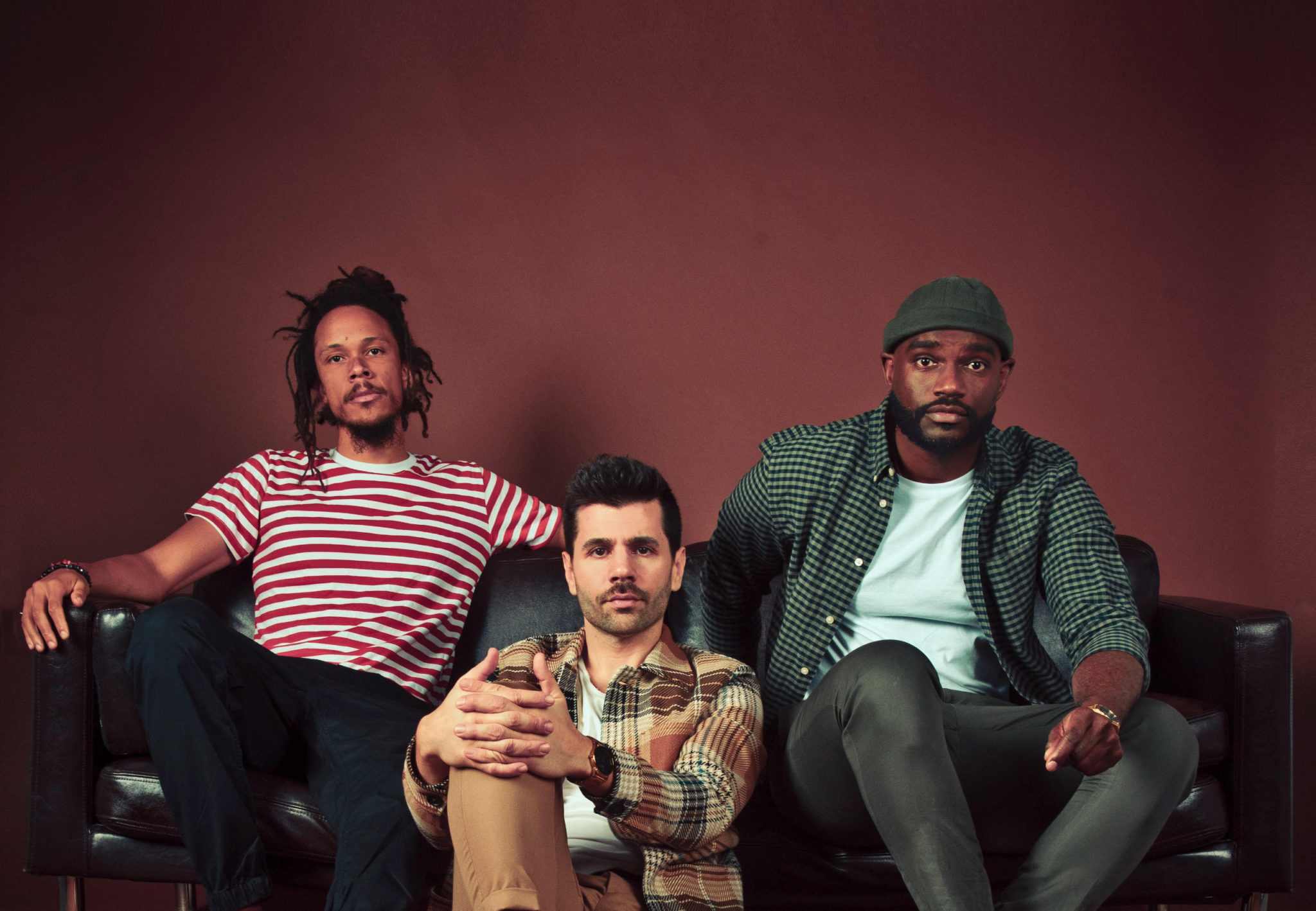 In the wake of our current COVID-19 pandemic, which has shaken the modern world like never before, it’s nice to know that we have groups such as RDGLDGRN (Red Gold Green) to shine some massive light in what many believe is a very dark time. When the crisis began reaching a fever pitch, this trio performed two livestream concerts with proceeds going to Capital Area Food Bank’s COVID response efforts. The shows ended up going over extremely well, garnering a lot of praise and enthusiasm ultimately motivating the band to release a live album of those streams (due on April 17th). With such uncertain and discouraging times, it’s reassuring to know that we still have both compassion and music to help in comforting us all.

That said, it was a move that one would expect from RDGLDGRN, with each member of the trio no stranger to trying times. Red is African American, but was raised as a global citizen, Gold and his family settled in the United States from Romania when he was five, and King Green is the son of Haitian immigrants. They were all fortunate enough to find a better life in the U.S. and even more fortunate to meet each other. With a combination of hip-hop, rock and go-go music, the guys take significant influence from their own personal histories and project it into their music. Their dedication and hard work has not gone unnoticed as they’ve previously collaborated with the likes of Dave Grohl and Pharell Williams.

To accompany the live album, RDGLDGRN has also released a new animated music video (today) for their latest single “Everybody’s Living in a Trap.” To coincide with its release, they’ve been ever so kind to join us today for a guest blog discussing the video’s origins, including the influence of Japanese culture on this new clip and how the song has taken on a greater meaning in light of our current pandemic.

On the myth of Yuki-onna and the message of “Everybody’s Living In A Trap:”

– We’re huge fans of manga and Japanese culture overall. So when we got to know Bullpen and hear about their concept for an animated story about the Snow Goddess or Yuki-onna, we got really excited. This was a true artistic collaboration where the animators built the lyric elements directly into the animation. We love the idea of our words appearing within the context of animation and were honoured that they took such care with the typography and flow of the video.

To really grasp the full scope of this song and music video it is worth a deep dive into the myth of Yuki-onna. In medieval Japanese spiritualism, there were a plethora of spirits or “Yokai” representing both ancestors and natural forces. One of the most popular and beguiling is the Snow Goddess Yuki-onna. She usually is referenced as an “Ara-Mitama” who brings bad luck or ill-fortune. Yuki-onna would lure people into the woods in her white kimono or sometimes naked and then leave her victims to freeze or push them off cliffs. In our video, the peasant wanders up a path following Yuki-onna and then trips on a rock. When he arises, in the spirit realm, he is surrounded by the frozen victims in her world of white.

To us, the metaphor of a malevolent spirit that lures victims in is very apropos in these crazy times. The song is not only about the idea of “death by distraction” but also about our willingness to be lured into the traps of our own making. So as we all shelter at home, we need to be mindful of the traps we set for ourselves locked into social media and the echo chamber of the internet. Even though we are “safe” cordoned off from the virus, each of us are really concerned about what we turn into isolated in these fake worlds of our own making.