Pop singer-songwriter Goat has delivered yet another bleating good time with his latest single “All of My Friends,” the quick follow up track to his recently-released album Yesterday’s Tears. Just listening to a couple of tracks will be evidence enough to prove that this is one damn talented musical animal. Goat has had time to hone his sound and skills, with a musical history that now dates back to the 1980s. He may not be a new artist, but he’s an extremely adaptable one, continuously modifying his sound from album to album while always staying current without sparing his immense level of creativity.

“All of My Friends” is a fun track with a funky vibe that’s common of some of the material on last year’s Yesterday’s Tears. The song has that addictive quality that makes for a fun listen without delving into the cheesy customs of radio pop songs. With a few words to say about his new single, Goat said, “‘All of My Friends’ is a happy, friendship, celebratory singalong song. When we were recording the music, we had everyone that performed on the album and anyone that stopped by to say hello throw down their musical two cents on the tune. Some of these fine friends of mine passed away after the recording and I remember and honour them, and friends everywhere, with the track.

“In the universe with the release of ‘All of My Friends’ as a single, you are ALL considered ‘All of My Friends.’ A special thanks to Chris Whitley, T Bone Wolk, and Jeff Golub. T Bone Wolk’s banjo exploded while he was playing on the tune! That’s a great memory! With love and the Good Of All Things.”

Goat’s history as a musician is long and rich, including periods where he was signed to Interscope Records and recording a jazz record with Dizzy Gillespie’s closest collaborators. We spoke with Goat for a few minutes to talk some more about “All of My Friends,” Yesterday’s Tears, and just how he got that damn name Goat!

I really like the piano riff that’s featured on your new single “All of My Friends.” There’s really nothing better than a nice slick, piano riff to add some real dynamics to a song. How did you come up with that riff?

Goat: “I love that New Orleans ‘Second Line’ voodoo and the energy that goes into those spontaneous celebrations. And there’s nothing like a good old fashion second line beat, complete with flag boys and all. The last time I was there, I caught the Riverboat Queen for a ride on the Mississippi River and came upon a piano and fell into the ‘All of My Friends’ lick which drives the groove along forever.”

How does “All of My Friends” match up stylistically with the other songs on your new album Yesterday’s Tears? Is it fairly similar to what you hear on the rest of the record?

“There’s not much of a match at all, actually. ‘Alien’ is on there, as is the single ‘Yesterday’s Tears,’ ‘Say You’re Gonna’ and ‘Gypsy,’ all of which are very rock inspired. The other tunes range from a blistering blues track, aptly named ‘The Blues’ and some jamming instrumentals as well. ‘All of My Friends’ was written way before I wrote most of the songs on the new album, and it’s roots are more pop and hip hop influenced.”

“Heaven,” your previous single, is a fairly long song, clocking in at a little under seven minutes. Having longer songs is fairly common for you as an artist, with the new album Yesterday’s Tears mostly featuring songs between five and eight minutes. Would you say it’s intentional of you to write longer, more drawn out songs, or do they just end up that way?

“Well, without the pressure of ‘radio singles’ and writing songs specifically for the radio format, which dictates lengths and edits of songs, I have abandoned any preconception of how long a song should be. Letting go of that mentality I’ve found to be liberating, because I love long outros.”

Yesterday’s Tears has been out about seven months now. In hindsight, are you happy with how it turned out and how it has been received by your audience?

“I have zero hindsight and I have never been looking for happiness. Contentment would be a luxury. It’s kind of hard to be received by your audience right now, due to the social distancing, but I’m glad I can still share my music through my site and socials, and with friends like V13! Respect and love to you for your support. I look to expand my audience exponentially, goat by goat. Just always gotta keep hoofing it.”

You’ve probably been asked this so many times but I couldn’t find the answer to this, so I’ll go ahead and ask you. How did you develop the moniker Goat? It’s certainly humorous in tone to say the least.

“I will do my goat darnedest to explain myself. Simply put, Goat stands for: the ‘Good Of All Things’ Point Finale.

It’s roots, though, go a little deeper. There was a time when my little, almost teenage self, worked at Thistledown Horse Racetrack (located in Cleveland, Ohio) in the summer. On the first day, it was cold and rainy and I was entrusted to the utility crew, all of whom immediately tried to kill me. I was dared to get in a corral and just pet the goat on its head once. In the middle of this soggy mess of a corral was a big mountain of horse poop. The goat released its fury on me and my nuts and knocked me all over the place. It didn’t miss the poop either. Then, when I crawled out of the corral, I went all windmill on these six or seven unsavory workmates and they all got a good punch in on me. Guess that was enough for them on my first day. I went home and explained to my dad what had happened and he instructed me to go after the biggest and baddest of the bunch first thing on the next day. I did. I threw Paul off the back of the pick-up we all rode around in. That was hysterical. Then they really wanted to kill me, but they didn’t and it was an interesting summer.

So, in regards to your question, those racetrack workers originally laid the moniker ‘goat’ on me. I made the mistake of telling that story when I was signed to Interscope making my first record, which wound up on Ruffhouse. Goat is a baaad name. The Good Of All Things is the real.” 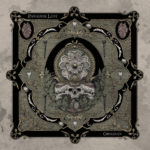 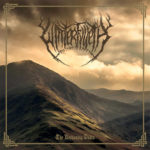