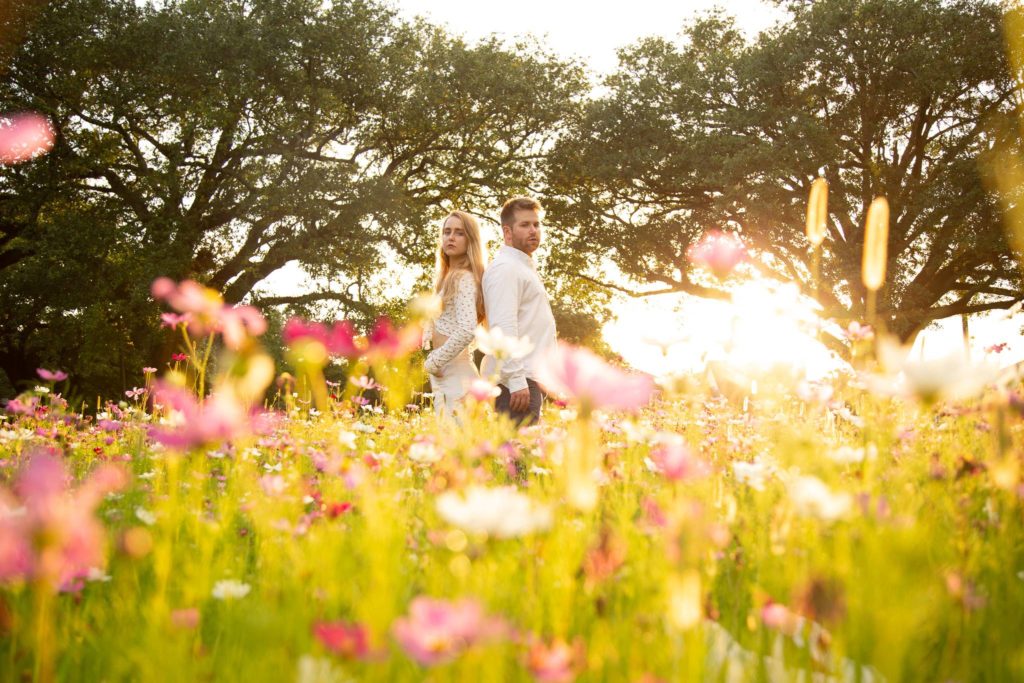 Whether you’re a late bloomer, yet to really begin the blooming process, or are already in Full Bloom, you’ll find something to enjoy from Tansy’s new record. The New Orleans band are set to release their new album, Full Bloom, on April 24th, with a title not just pulled out of thin air for no particular reason. Instead, the album’s title and the general theme are a look at the inevitable change and transition that occurs in all of us as human beings. It can be a stressful period in life, but it’s not necessarily relegated to a particular age range nor is it restricted to only taking place once in a lifetime.

The band sheds more light on this theme of growth in Full Bloom. “So much of the album focuses on being in a transitional phase of life and growing as a person. While those kinds of themes are always important, we think they’ll really resonate with people in times like these. Full Bloom is the culmination of over two years of hard work by us and the rest of our team, so we are really excited to finally be able to release this music and introduce Tansy to the world.”

Full Bloom’s well-orchestrated, mature sound may lead you to believe Tansy is a veteran band when they were actually conceived of only about two years ago. Will Feinberg and McKenna Alicia decided to form Tansy together, quickly recording and releasing two debut singles, “Certainty” and “Dreaming” which received a positive response from the press for their jazzy soulfulness. With the momentum provided by the response to these singles, Feinberg and Alicia set out to record a debut album and Full Bloom pays tribute to this search for themselves as a musical entity over this time frame.

Musically, Tansy has discovered their sound by borrowing from New Orleans presently popular jazz sound, which opened up many doors towards collaborations with several other local musicians who contributed to Full Bloom. To get ourselves, and of course you, the interested reader, more familiar with Tansy, we spoke with the artists about Full Bloom, the song that most resonates with him, and what lays ahead for the group.

What’s next for Tansy?

McKenna Alicia: “Despite its title, Full Bloom is just the beginning for Tansy, we have a lot more growing to do for sure. Since the beginning of 2020, we’ve been writing a new song each week and releasing it on our Instagram for ‘Tansy Tuesdays.’ We live in different cities (McKenna in LA, Will in New Orleans) so ‘Tansy Tuesdays’ is a great way for us to keep in touch musically and keep the ball rolling creatively. All the videos are about a minute long so really they’re just snippets of songs, but even from these ideas there’s definitely enough for a new album. We’re planning on at least recording a few of those songs this summer and releasing an EP this fall so definitely look out for that! We also had planned on doing a tour sometime this fall, but a lot has changed since then due to the pandemic. But this is still something we are planning to do once there is a little more certainty.”

As this is your debut album, How does Full Bloom represent you as a band?

McKenna: “Musically we both prize beautiful, flowing melodies and rich harmonies and I think both of those really form the backbone of our sound. We both come from a jazz background and that music and the harmonic sensibilities that come from that are definitely present throughout the album. As people, we both have pretty warm personalities too, and I think we both value kindness, vulnerability, love… the beautiful things in life. So, as Tansy, we want to represent those emotions and feelings with our music. The world can sometimes be cold and harsh, but with Full Bloom we’re offering an alternative; that life can be rich and beautiful and among the dissonance, there can also be harmony.”

What does the album’s title reveal about the impacts and themes present in the music?

Will Feinberg: “While the album title is definitely referential to our band name (Tansy is a type of flower) and this being our debut album, it is also about blooming as a person. Both of us have gone through significant transitional phases in the last couple of years, and this album is about each of us growing up and gaining a greater sense of clarity about who we are. There are a few songs that refer directly to this process, like ‘New Day’ and ‘Certainty,’ while others reflect more on the role love, both gained and lost, can impact these phases.”

Is there a particular song, or even lyrical line, that sticks in your mind from the album?

Will: “There’s a lot of little parts of the album that stick out for us, but one, in particular, is ‘Love, Despite.’ It’s such a sweet song, even though it’s about reminiscing on a lost love it strikes this perfect balance of wistful and joyful. There’s this refrain in the song that comes between verses and once again at the end where McKenna hums the melody and Will whistles it and that’s a really beautiful, unique moment on the album.”

If you had to choose one song to represent the album, which would it be and why?

McKenna: “If there was one song it would have to be ‘New Day,’ the first song on the album. Musically, it starts off really calm and warm. The energy builds and the instrumentation of the song gets bigger until the last part where there are these stacked vocal harmonies behind the main vocal line. The album kind of grows like that where it starts off very soft and beautiful and by the end of the last song the sound has grown into this ocean of horns, synths and vocal harmonies. Lyrically, ‘New Day’ also deals with a lot of themes from the rest of the album like growing up, transitioning to new phases of life, and gaining a better sense of self. It’s about viewing each day as a new day, a clean slate, and embodying that in how you view the things around you.”

How has this debut album shaped you? Shaped your sound?

Will: “Musically and professionally this is probably the most ambitious thing either of us has ever done. Both of us have made albums with other bands and projects before, but this is the first for Tansy. Even with that experience from other bands, it’s definitely a scary thing to say ‘I want to write all these new songs and make that our debut album’ but having completed it, it definitely gives you the confidence to keep going, to keep creating.

As for shaping our sound, the actual process of making Full Bloom has absolutely been impactful. When you’re making an album, ultimately you’re not just making music, you’re making choices about what you want to sound like. We’re both really musical and creative people and it’s easy for us to write new stuff, especially together, but when you’re making an album you’ve got to make tough choices on what to keep. So making this album has absolutely sharpened our sound, made it more definitive. Even since the album, we’ve been writing a new song every week and I think we have a clearer direction on where our sound is going. Every time you write something you’re revealing something about yourself, so I think it’s important for us to really listen deeply to what we make, not just create blindly. Making this album embodied a lot of that process, it helped us hone in on our sound and grow as musicians and creators.”