It’s kinda wacky if you think about it. Back in 1980, if you were to revisit the popular music from 1940, you’d likely discover dated-sounding, archaic classics from Bing Crosby, The Andrews Sisters and Jimmy Dorsey. Conversely, in 2020, when looking back 40 years to 1980, much of the music — particularly from the New Wave of British Heavy Metal (NWOBHM) stills sounds fresh, current. Much of that can be attributed to the origins of music — conceived in the streets, concocted by frustrated young working-class blokes.

Few examples of this observation are as obvious as the early records from the legendary East London militia, Iron Maiden. A bold stylistic creation — one that merged metal, punk and prog with a splash of pop appeal, the self-titled major label Maiden debut dropped worldwide via EMI, Harvest and Capitol 40 years ago this week (4.14.80). Can you believe it? And for long-haired, rock-starved teens like myself who were growing weary of the day’s status quo — the Nugents, the Aerosmiths and the like, this record was a breath of fresh air — a vivid glimpse into the future of metal music. And it couldn’t be ignored. The album cover alone made it an easy sell. Ah, Mom is REALLY gonna hate THIS one!

Lyrically creepy (especially in today’s P.C. world), “Prowler” sets the stage perfectly, accelerated by Dave Murray and Dennis Stratton’s dizzying guitar riffage and accented by rock-ribbed wah-wah effects. The  urgent record opener is followed immediately by one of the band’s mightiest early masterpieces — the Steve Harris / Paul Di’Anno-penned epic, “Remember Tomorrow.” Punctuated by Harris’ warm bass lines, the melodic verses feel comforting, only to surrender to bone-crunching bridges and heart-stopping instrumental passages. Frontman Di’Anno delivers one of his most convincing Maiden performances ever — proving to be a master storyteller and a versatile powerhouse vocalist.

To truly appreciate the significance of Iron Maiden, it’s important to point to the timeline. In 1980, the last embers of the disco craze stilled smoldered, while the synth-driven new wave movement was igniting. Combining so many underground elements with often dark themes should have been a recipe for commercial disaster. However, the music was authentic. And the band was hungry — possessing integrity and undeniable street cred.

Of the album’s numerous highlights, “Running Free” has the guts to be transparent, while smart enough to wield a hook — Just sixteen, a pickup truck, out of money, out of luck. I’ve got nowhere to call my own, hit the gas, and here I go. Punched up perfectly by drummer Clive Burr’s punk-inspired tom chug and polished with a pop sheen, it’s an arena-sized fist-pumper, to be sure. Equally noteworthy, Harris’ seven-minute opus, “Phantom of the Opera.” Oozing death-defying musicianship and laced with haunting lyrics, it remains a staple of the Di’Anno era.

Maiden members have criticized Wil Malone’s production effort over the years; however, the record was honest and pure — meeting with massive international success. Within five years, and after five studio sets, Iron Maiden would become one of the biggest bands in the world. But, while the Maiden brand would be defined fully with swashbuckling frontman Bruce Dickinson at the helm, their sweat-soaked, street-smart debut slab still deserves mad props for helping to propel them into rock’s stratosphere. A timeless, metal treasure. 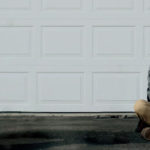 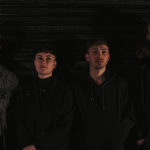