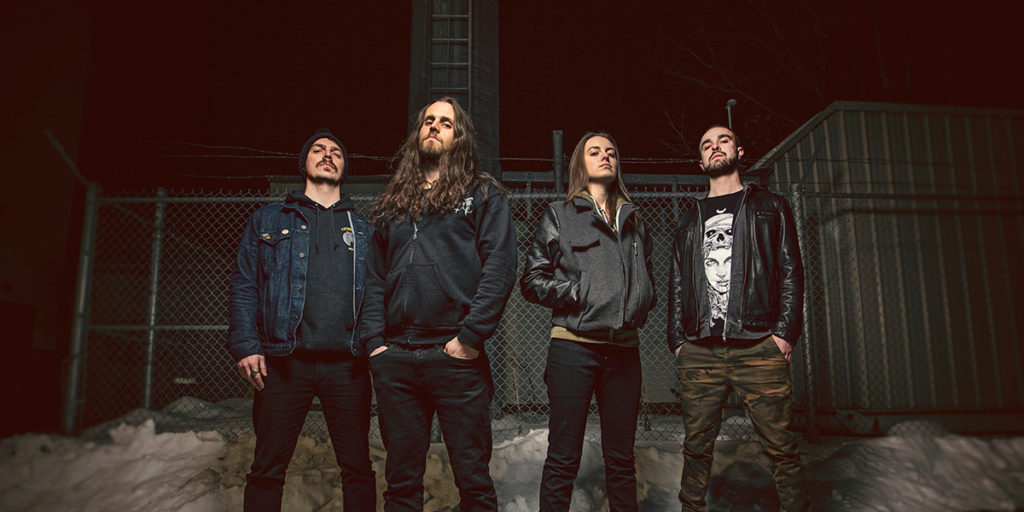 We got a “Recipe for Disaster” for you today; you got that notebook handy? Ok, mix one-part thrash, one part death, one part technical, and finally a sprinkling of melodic metal, and voila, you’re done! We can’t take credit for this recipe though, as it belongs to Calgary, Alberta heavy metal connoisseurs Illyrian, and it can be found on their brand new album The Entity, Unknown, released last July. The record is the band’s second release, showcasing more of their classic approach to blending high-level musicianship with moshpit inducing, bone-shaking guitar riffs that are certain to give you a stiff neck.

“Recipe for Disaster” is a song that was written with a video in mind right from the get-go, according to Illyrian themselves. “‘Recipe’ was a song that we wrote with a music video idea in mind from the beginning, specifically this sort of tongue-in-cheek sing-along concept,” explained the band. “I think the idea surfaced when we were in the studio recording our debut album, Round 2: Fight!, chatting about hilarious music video ideas, and someone brought up the idea of doing like a late ‘90s cable-television, live audience cooking show where the chefs were actually cooking and serving up humans. We found the idea of having the lyrics be this kind of sing-along recipe highly amusing, and I think we even came up with the name ‘Recipe for Disaster’ in that initial conversation too.”

The guys added further colour, and continued, “While we never had the opportunity to do that music video idea the justice it deserved, we’re still very glad we decided to cultivate the idea (leave it in the oven a little longer?) and turn it into a song that we think captures that goofy, but morbid, concept we envisioned for this track. We hope you enjoy listening to it as much as we enjoyed writing it, it continues to be a real slice for us.”

Illyrian are ready to step their metal game up to a whole other level, thanks to the late 2019 addition of guitarist Kelly Hägg to the band, marking a return to full capacity after they played as a trio for over a year. With Kelly’s signature style, Illyrian is operating more effectively than they ever have and are completing work on a forthcoming new EP. You can expect to see Illyrian leading the pack of the Western Canadian metal scene soon enough.