Hamilton post-hardcore act Tall Talks are premiering their first piece of music in almost two years, “Backwards Knees.” Accompanied with a music video that you can check out below, this new single begins a journey that has been a long time coming for the band, having never been able to find the stability to go full force until now.

“We’ve been trying to be a band for five years,” explains vocalist Kolin Revill. “We’ve been playing shows for a few years but we have never had a solid enough lineup or batch of songs to really solidify us. 2019 was our first real year as a band, getting any sort of direction or traction going. We recruited Marco in fall 2017 as a failsafe/replacement for our other guitarist at the time, who has since surfed off into the æther, never to be seen again. (Personally, I think he might have something to do with the Lake Ontario Gaasyendietha sightings but nothing is confirmed yet).

Anyways, we ended up liking the idea and sound of having 3 guitars so much that we ended up just keeping them both. When our old guitarist turned into a tree machine, we found our collective favourite member, Owen. He was a pure innocent prog metal nerd but he liked a breakdown in one of our demos and wanted to play music badly enough to give it a shot, but he’s about to go to grad school in Quebec. He’ll still be in the band, but won’t be playing any shows with us for a while after. We technically have five members but, unofficially, we have like eight people who play, write, record, and rehearse with the band (One more and we can just do Slipknot cover sets instead).”

As mentioned, being two years since their last release, a three-song demo, this new track is a big step in the right direction for the group. With all the struggles to get things going, it seems like the band has finally figured it out. This is a theme that doesn’t stray too far from the message Revill is trying to portray in this latest single.

“The lyrics and video for ‘Backwards Knees’ go hand-in-hand. The song is about not having any direction in life nor the motivation to find any, and then when you think you’re moving forward you’re hit with setback after setback. (Even when I think I know where I’m going, I can’t fucking get there cause my knees are on backwards and I can’t even walk straight).

We picked it as the first single cause it definitely highlights a lot of what the band’s gone through the last 5 years. Every time we tried to get somewhere or start the ball rolling we ran into some obstacle or another; be it a member leaving, gear getting stolen or locked in a stranger’s storage unit, struggling to afford/find rehearsal space etc., but we’re still going with whatever this is and now we have nice music to release finally.”

The group took on Orrin Alexander, who has made videos for other acts from the province such as Perfect Limbs and Colin Wylie, as their director, who captured the essence of the band for their first video.

“For this video I just wanted it to feel like a representation of the band and their sound,” explains Alexander. “So it’s this lo-fi video, it has some grain and it’s got some light leaks and other visual ‘gimmicks’ you could say… but it’s primarily a performance video. I was going for more of a feeling than ‘look at all these things I can do.’ But I think it’s really fitting and I’m excited for people to see it!”

Tall Talks don’t have any shows coming up, although keep an eye out for a full-length from the group coming out this summer, consisting of songs dating back to their formation in 2014. They are also already working on a follow-up that Revill says “could be due for late 2020/early 2021, maybe sooner if we don’t have anything to do other than sit at home and write music for the next 6 months.” 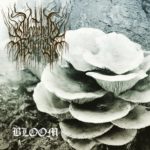 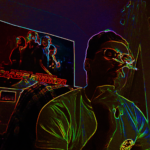