FVLCRVM, a Slovakian producer, musician and DJ, released his latest album, Words, Loose, Meaning, on April 3rd via the Universal Music imprint, Mom I Made It. While the electronic artist can presently be found in a studio recording new material for an EP due this summer, FVLCRVM continues to promote his latest release and, today, unveiled the music video for the single “Meaning.”

Commenting on the new clip, he notes, “I was asked by the unknown Japanese startup SHITEN to test their virtual reality media player 2 years ago among some other people. Being disconnected from reality to listen to music sounded like a neat idea so I thought it would be nice to make some songs and present it in a music video to help them spread the word. I had no idea they decided to sell an unapproved beta version of the device in a vending machine to gather more data. After the testing went wrong for all the participants including myself the company vanished and there’s no one to contact. Most of us experience random disconnections from reality even without the device on and this side-effect doesn’t seem to fade away.”

Enter Shikari’s Rou Reynolds on the New Album, Science, and His Musical Vision 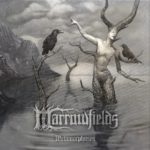