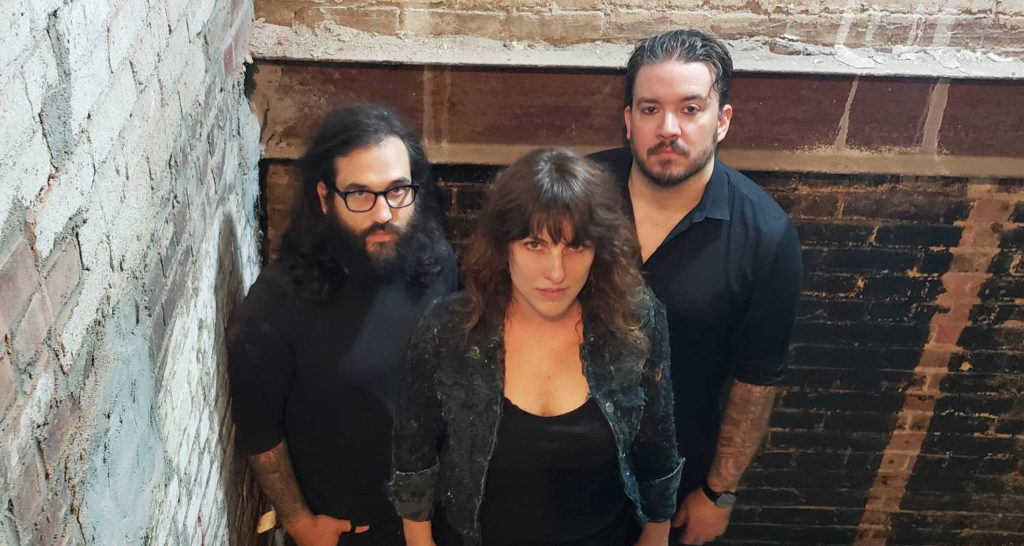 Brooklyn-based trio, Castle Black is, much like the rest of us, doing whatever they can to stay sane during these times of COVID-19. Thankfully for all of us, the alternative rock band recently unveiled a music video for their single “Dead in a Dream.” The temporarily-take-me-away-from-here worthy clip can be seen below, as well as the artwork for the group’s latest release, November 2019’s five-song Take Her My Life EP.

Filmed and directed by Jeff Allyn Szwast in Brooklyn during August of 2019, the video is a definite help during these socially-distanced times. Frontwoman Leigh Celent notes, “Having this video, which is like a relic of a time now seemingly so far in the past, is really special for us, because we are now living in a vastly different environment. We could not make this video now. We have no idea when things will be even slightly back to normal to make another video, let alone to get back to playing shows and to recording an album. The recurring lyric in ‘Dead in a Dream’ – ‘take me back in time’ – has taken on new meaning in this new world. This video, for us, is a brief jaunt back in time, a brief reprieve from everything horrible that is happening.”

Elaborating on the video’s filming, Celent added, “Jeff moved to Georgia almost a year before this video was shot. We had to perfectly time filming dates with Jeff’s one trip back to NYC to pick up some of his stuff. We also had to work around very limited band availability, but we managed to make the most of the daylight that we had for the outdoor scenes, as everything else was filmed inside the apartment. Speaking of the outdoor scenes, I had to learn to shoot that bow with some level of authenticity and Scott revealed himself as a true archery teacher that day, ready with a crash course lesson for me while Jeff set up his camera!”