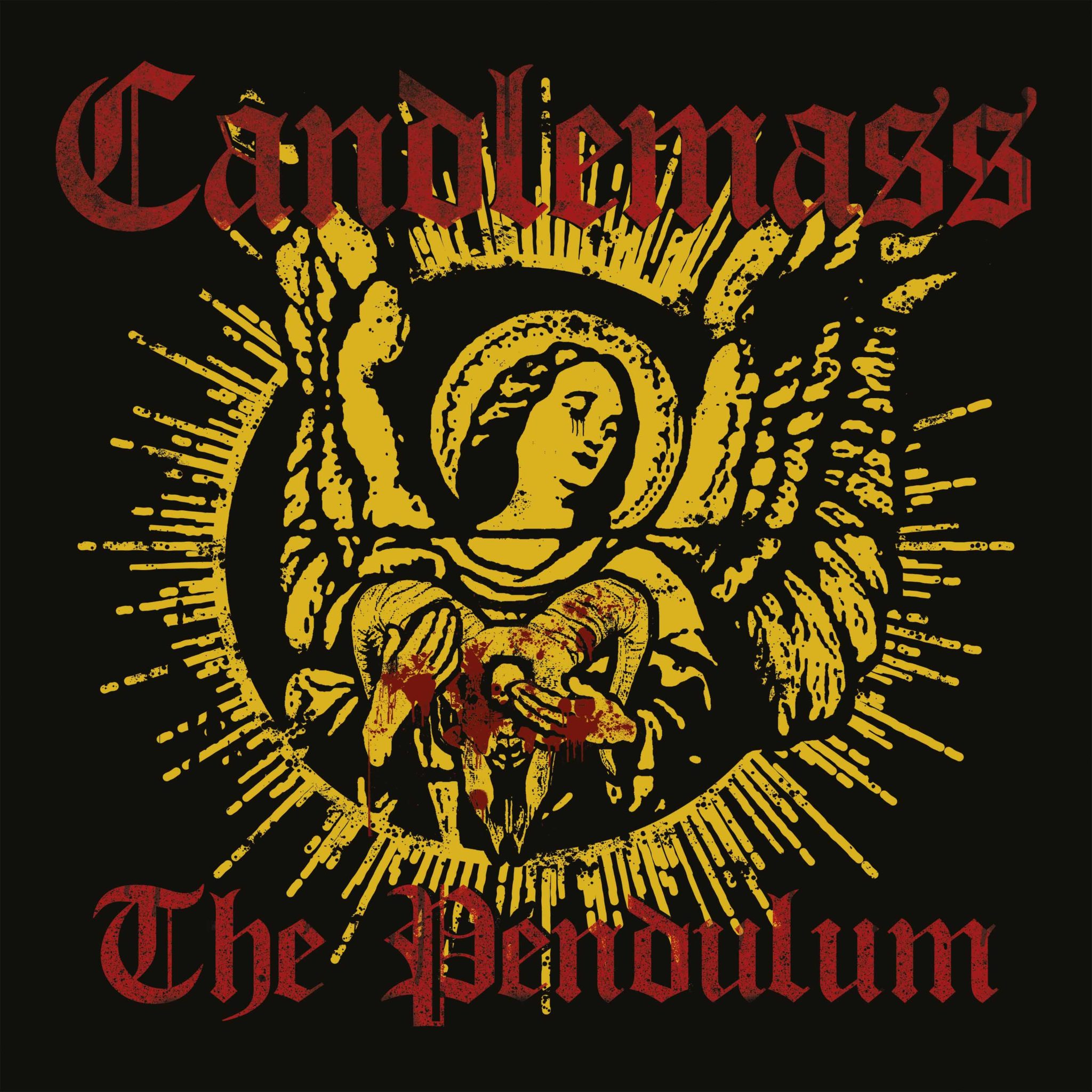 When Candlemass first crept from the undead crypts, the world expected another Exodus, Flotsam and Jetsam meets Destruction release of blasphemy. What twisted into form was this weird conglomeration of Yngwie-influenced guitar playing, old school Black Sabbath with a vocal Messiah who is now considered God (no pun intended). A legendary band, now iconic, paved the path for a wave of thrash metal and stoner rock icons. But, at some point, the group fell between the cracks of lacklustre purgatory and hijinks devastation.

A pendulum: “Is a weight suspended from a pivot so that it can swing freely. When a pendulum is displaced sideways from its resting, equilibrium position, it is subject to a restoring force due to gravity that will accelerate it back toward the equilibrium position,” and this is what’s found in these unused, cutting-room-floor tracks recorded during The Door to Doom sessions. These mystical, musical meanderings carry a very heavy Dio-era Sabbath premonition, which, of course, is not a bad thing. With all these Dio-Esque bands running around, why not let Candlemass wear the crown of thorns? It’s dark but uplifting and sometimes intimidating, as they continue to be the purveyors of symmetry found between the forces of good, evil, dark, light, and all things that make you wanna rock and bump in the night.

There are beautiful acoustic intros and interludes found on tracks like “The Pendulum” and “Sub Zero” that save your soul from the tension of your wings being ripped from your body by the man dressed in “black coat, white shoes, black hat” before you decide ascension or dissension in this gliding whirlwind of life and death. But, by the time “Aftershock” kicks in, it’s pretty apparent the decision has been made for you.

Everyone is releasing EPs these days, but this pinball is a quintessential, cut-to-the-chase, no-frills fixation, finding one swinging in favor of doomy damnation and a perfect juxtaposition between Masters of Reality and Heaven and Hell. And, while the world is burning and people are reaching for the light, you can still find fun swinging on an eclipse, because you never know which side of The Pendulum you might find yourself hanging onto.