If you’re bored, and maybe also rich, well, we’ve discovered your official anthem. Baron Minker, an experimental artist who thrives on the musically unthinkable, has released his latest music video for “Anthem of The Rich and The Bored,” which can found on his yet-to-be-released self-titled album, due on June 5th. A complex song, “Anthem of The Rich and The Bored” is rather hard to describe, except to say that it is about as experimental as it gets. It has a trippy sound and vibe to it, which is reinforced by the colourful new music video.

The sole purpose; however, is not to just make you feel like you’ve gone to a club and you’ve had way too much to drink. Thematically, it’s the only political-type song that you’ll find on Minker’s new record, directly targeting society’s elites who abuse power and view certain classes of people as only a means to an end or of lesser importance. It’s also out to get those so-called religious big shots who thrive and make a living off of misleading people. This isn’t territory that Minker frequently traverses, but he’s pulling no punches with this one.

The musical territory that’s covered on Minker’s new record is about as vast and deep as you could find. With a propensity for weirdness and absurdity, there really is no stone left unturned with such imaginative landscapes that you’ll sometimes wonder just how someone could dream up such out of the ordinary ideas. One thing is for sure, though, and that’s that you’re always deeply entrenched in some big, textured sounds, a far cry from your typical indie rock album.

Aside from the political waters of “Anthem of The Rich and The Bored,” Minker has invested a lot of urgency and attentiveness into this album, while all the way sticking with a 1970s psychedelic vibe. And really, how good is it to hear an artist pushing musical boundaries into places you would never, ever have thought about? To accompany the premiere, we spoke with Minker about “Anthem of The Rich and The Bored” and its associated music video to find out how it all came together.

You stated that the song is also maybe your only political-leaning song. Why did you feel the time was right to go a little more political with this song specifically?

“I see the song being about mental health and how it ties into brainwashing we endure to see ourselves as expendable. I was going through a litany of health problems that were severely affecting my mental health and causing a loop of depression I know too many people can relate to. The song starts out from the perspective of waking up amidst a profound dissolution of what the governmental and religious structures have wrought on society and your own sense of sanity. There is a lot of anxiety spilling over on this song and this is my own personal take on how I’ve dealt with feeling dehumanized by such an impersonal system. By looking at it from the absurd perspective of the controlling entity it was a lot easier to write about how I felt and regain a sense of self-empowerment.”

The music video is quite trippy and also quite original I’d say. Tell us about the video creation process. Who did you work with for the video and how was the concept developed?

“Well, I actually did the music video entirely myself. I have a quite insane DIY method when it comes to anything creative surrounding my music. I’ve been an artist my whole life and professional for over half of it and just love making things as I see them. I started falling in love with musicians who had singular artistic visions and did most everything themselves. I take that concept to an absurd level and try and do every last thing by myself. I was smack dab in the middle of another video idea with drone shots and costumes and the help of other people when the mandatory quarantines started happening. I didn’t want to lose momentum so I decided to work on this idea instead that would be all animated while I was alone in my apartment for days on end. It was just a product of having to use what I had at my disposal in order to just make something happen. While people I know are being smart and buying survival gear during all this I’m ordering green screen leotards, because why not?”

There’s quite a psychedelic aspect to the video, reminiscent of the ‘60s and early ‘70s. Did you want the video to go that more psychedelic route to fit in with vibe of the song?

“I know a lot of the Adobe programs pretty well so I just took that knowledge and applied it to this. I was playing with this newer program that a lot of YouTubers use for live streams where it animates their movements real-time onto a puppeted avatar and thought ‘Why not use this to put myself in this video in this odd-ball way?’ It wound up really fitting the vibe of the song. I’m a huge fan of ‘60s and ‘70s psychedelia so a lot of my art direction is aimed towards drumming up feelings of those eras. I just had a blast with it and I think it shows in the end result.”

It sounds like the production process behind “Anthem of The Rich and The Bored” was likely quite challenging and time-consuming. Is this a song you toyed with for a long time to get it exactly to your liking?

“The funny thing is this song, in particular, was the easiest song from A-Z I’ve ever produced. It practically fell out of me all at once. It was maybe a year into the current administration when everyone was still in this daze like they’d just been hit by a truck, myself included. I’d been going through lots of medical issues and had lost my insurance for the umpteenth time in my life. I hadn’t played guitar in a long time and I just started this song out of nowhere. I literally played the first 20 seconds and stopped, grabbed my handheld recorder and that first take is in the finished version. I just built the song around that improvised guitar idea. I’d never had a song come through me so effortlessly. I just got out of my own way, I suppose.”

Personally speaking, is politics something you tend to try to stay away from, both personally and professionally? Or is it an active interest of yours?

“While I am most certainly political in my personal life, I don’t feel like my place is to tell people how to think but rather just to remind them to think in general. I perceive my audience as being more than intelligent enough to know where they lean on most specific subjects and all I intend to add to that is more encouragement to look deeper, both inwards and outwards. This song is to me the most transparently political song on the album but I feel like it’s more about waking up to who controls you when you wake up every morning. Is it a lover? An employer? The government? I leave it up to the listener to insert what resonates with them. It’s about dehumanizing each other on the micro and macro levels and what that does to us, as a collective.” 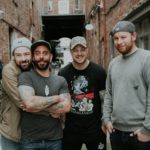 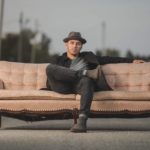