If you were recently on a first date then chances are you’re one of many that probably didn’t get a last kiss goodnight, so we’ll try our best to fill the void with the new lyric video for “Son of a Gun” from Baltimore-area group Last Kiss Goodnight. This is a brand new tune from a brand new band who just released their debut studio album, Immortal, this past October. Immortal really started to get the ball rolling for the quintet, resonating with listeners due to its blend of melodic American alternative rock, an ode to the hard rock and alternative music of the ‘90s like Stone Temple Pilots, Smashing Pumpkins, and Alice In Chains.

“This song is about getting back on the horse,” commented lead singer Ray Patricks. “Kind of like, ‘what does not kill you makes you stronger.’ I love old Western films. Unforgiven is one of my favorite movies. I wanted the lyric video to highlight the song and story of the song without adding too many moving parts. The cowboy and the embers flying around on the screen help to emanate that feeling.”

You may have never had Last Kiss Goodnight if drummer and band founder Robert Lasky had not gotten tired of playing in cover groups. When he did, he turned towards an online app used by musicians to connect with one another which led to a meeting with rhythm guitarist Dan Strod. They found some chemistry as writing partners which then helped them connect with some well-respected local Baltimore musicians that they had seen play in bands over the last few years.

If you love the catchiness and melodic qualities of “Son of a Gun,” then you’ve found the latest band to add to your list of favourites. 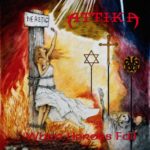 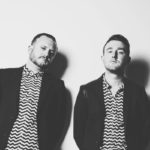