We mostly all feel this way, we just rarely have the guts to say it. Luckily, The Federal Empire is here to say it for us: “I Never Liked Your Friends.” Yes, that’s the name of the alternative rockers’ latest single from their recently released new record, Road Through Hell (Sumerian Records). The Federal Empire is composed of Chad Wolf (of the platinum sellers Carolina Liar) and Grammy-nominated songwriter McKay Stevens who’ve come together for the common purpose of rockin’ out, which is exactly what they do on this new album.

Road Through Hell is a long time coming, twelve tracks that were actually written and composed about five years ago now. The record tells an honest tale of what the duo feel that we all experience on this ‘road through hell’ we at times all walk. The guys felt that it was a perfect time to release the album, as they see the dozen songs as being more relevant today than when they were written. The album’s recording began when the artists were both going through the toughest of times, but there’s happiness underneath all this apparent misery because the “only way to heaven is the Road Through Hell.”

Rather than go through the motions of a regular Q&A, we spoke with Chad Wolf about all things cuisine in our newest Art of The Meal interview. Read on for details on Wolf turning to vegetarianism, eating on the road compared to at home, favourite restaurants, and his pick for strangest food he’s ever eaten.

Chad Wolf: “I’ve been a vegetarian for about seven years now. I did thoroughly enjoy my time as an omnivore but my health was on the decline so I made the switch. I don’t miss the meat I miss the celebrations around certain foods. Like a good steak and red wine those types of meals were always associated with some major milestone!”

“It’s interesting what happens when you have been a touring musician for a while. If you get lucky and get to be a priority like Carolina Liar was back in the 2000s you get to go to the best restaurants in every town a radio station is playing your song…. it spoils you in the greatest way possible. So because of that experience, I take food very seriously every time I get a chance to eat. On the road, I always look for the best thing I can afford. Even if it’s just something small from a great restaurant or hotel, it’s worth it.

A lot of times we’re in a hurry when we are on the road so with the need for vegetables I have a few fast food spots I can count on and then there’s always a Whole Foods now if there’s not some local mom and pop type space that has great reviews. At home, I cook almost every meal now. Especially with being on lockdown and then even before that I would generally cook all of my food. The one exception is cheat days with my kid! We will straight murder some Dominoes, soda and cheap nasty ass chips.” 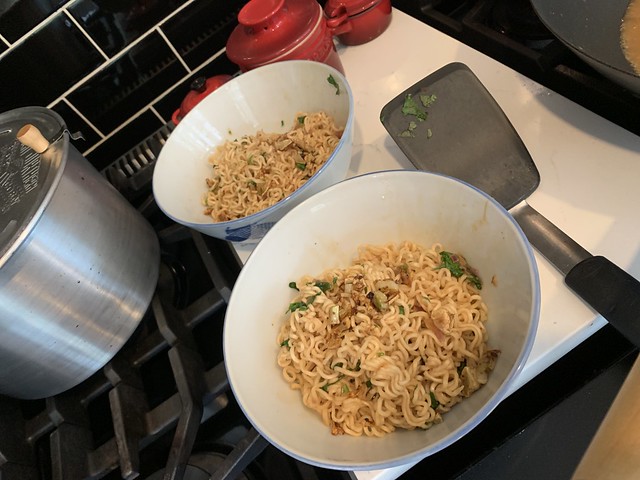 “I prepare most of the food that I cook. I occasionally buy substitute meat or products that way we eat something else and I’ll deconstruct that into something else that I’m feeling for the day.”

“I’m a total food whore. If I had enough hours to work out to compensate for all the food out there I would honestly never stop eating and cooking. Just need to blow this record up so I can afford to keep up with what I want to devour.”

“Hands down favorite is H.O.P.E. I’m madly in love with the owner but she doesn’t know that… it could be because the food is so absolutely perfect. There’s a lot of overpriced vegetarian places in Los Angeles but one thing that kills here are places like Jumpin Java and Something Vegan. I live in Laurel Canyon so my local is a place called PACE. It’s some of the best Italian food I’ve ever had just 150 yards from my front door.”

“Portland, Oregon and my home Charleston, South Carolina. The food in those cities will make you want to leave where ever you live and take up residence no joke.”

“Food for the rider is pretty simple. I ask for a veggie tray, some avocados, turmeric, garlic spread if possible, hummus, pita bread, some good cheese and some wine and we have the makings for a house party!!!”

“I have been treated to some absolutely great wines and whiskey, the more local the better. That’s the thing about this destination lifestyle. When you’re not on the road and traveling getting to play and bring some joy to friends those local bottles bring back memories that really do remind you that your work meant something special to someone. Special enough for them to go out of their way to spend money and time on you. It’s humbling and gratifying all in the same taste.”

“Yes, so many of the ideas came from bar talk. We have a song that’s absolutely insane called ‘Bad Habits’ and it’s all about that part of life and then there’s one that’s not released called ‘Women, Wine and Whiskey.’ The concept is that moment when you know you’ve started the drink that’s gonna lead you into weakness… For me, personally, the things that have screwed me up the most are women, wine and whiskey but good god I have an unending passion for those things. There’s an endless well of inspiration sitting down for food and a drink!”

“Honestly not that long. I’ve gotten down with the Jack fruit and being a southerner I was never afraid of eating pork. My grandmama and aunt Gayle used to keep some fried fat back on the kitchen table of their houses as a snack so southern BBQ was a birthright. So I started making a sauce with vinegar and slow cook that fruit down until it shreds like real BBQ pork grilling that is pretty easy! I’ll get some Carolina gold sauce on that too if I’m in a hurry!”

“So, I was a picky eater for 20 years and once I got to LA next door to me there were some proper hippies who cooked and coming from a closed-minded way of eating those guys just forced me into what was really up. They would not lay off when it came to trying things. LA food culture is epic and they did me a great service pushing me into what I’ve become.”

“Funny enough being a picky eater as a kid growing up in the South, snakes, squirrels, and alligators weren’t the things to snub. Thinking back to that space my grandma used to make eggs with pig brains … nothing really tops that one.”

“I’m a sinner when it comes to pizza. One thing I love is just a simple Margarita but then when the time is right I’ll set myself up with a white sauce pesto blend five cheese including blue, cappers, cilantro, jalapeño fennel seeds, pineapple and some caramelized onions. My ex-wife and I always referred to it as a stoner’s delight.”

“I’ve always cooked. I loved the chemistry and magic that it still holds. It’s a lot like writing a song and then producing it and finally playing it. There’s an idea or a concept, you construct it and then you serve, share and engulf the moment that comes from that creation that didn’t exist before and will soon disappear. It’s the perfect model for living life in that moment.”

“My favourite chef would have to be Maud from H.O.P.E. right now. I don’t really follow anybody else the way that I should. I know that could take my cooking to another level.”

“Right now I have access to some great tools. Viking range and some great cast iron pots and pans. Solid knives and a pantry of spices. Honestly couldn’t ask for anything better.”

“Are you kidding? Hell yes, I did! You know what it was super great at was French toast and reheating noodles. I shit you not the French toast you can make from that will change your life.”

“Fast food has started to really get better. I know Del Taco has some healthy options but Carl’s Jr. and the beyond burgers! That’s my jam for when it comes down to quenching that fast food itch.”

Finally, how do you usually get your groceries? In-store? Online delivery?

“I enjoy going to the grocery store, I miss it so much right now. I still shop at a 99 cent store for produce once a week and there’s almost always a surprise in those stores. Being in Los Angeles there’s some great world market grocery stores too and then here there’s a ton of farmers markets each weekend. With the virus outbreak, I’ve been getting produce delivered. It’s cool but not the same experience.” 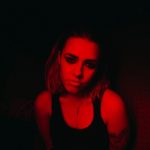 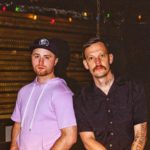 Need a “Fix”? Get Yours with Body Salt’s New Music Video [Premiere]