A young woman wise well beyond her years is pop songstress Em Rossi. The 21-year old just released a new single titled “Got This Feeling,” her own recap and tribute of the night her mother and father fell in love while they were both students at California Polytechnic State University. The accompanying music video for the song was released at the end of the March, which features Rossi cheerfully walking the night streets of Los Angeles. Shot in a grainy, old-fashioned film format, it helps to express the hopefulness and upbeat nature of the lyrics, not to mention the artist feeling good about life while looking to have some fun.

Part of the reason that Rossi is feeling so happy these days is that she has finally made peace with her past. She lost her father at a young age which brought down an avalanche of emotions that she’s had to come to terms with in order to move on. Thankfully, time has brought both healing and personal freedom. Now firmly set on living in the present, Rossi has chosen to move forward, rather than spend a lifetime looking back.

Having lived in the Bay Area, Los Angeles, and Orange County, Rossi knows her way around California and has, in turn, developed quite the taste for Californian cuisine. In our latest Art of The Meal interview, Em Rossi discusses her eating habits, favourite hometown restaurants, her fave celebrity chef, the strangest food she’s ever tried, and much more.

Em Rossi: “I don’t follow a particular diet. My family has always had an ‘everything in moderation’ approach. I absolutely hated meat as a kid though. I think it was a texture thing. I’m much more into seafood and I do avoid dairy.”

“I’d say the main difference between when I’m traveling and when I’m at home is the number of meals I have in a day and how big those meals are. When I’m at home, I eat the usual three meals a day. However, when I’m busy working on music I don’t like being distracted. I’ve gone through full-day sessions and been so focused that I didn’t even realize I hadn’t eaten since that morning. I’ll have something in the morning like oatmeal or eggs and then have one big meal later in the day that’s pretty much lunch and dinner combined. I really try to focus on eating as nutrient-dense foods as possible while traveling so that I don’t get sick or rundown. I’ve also been known to pack my own oatmeal packets and almond butter jars.”

“Nothing else but In-N-Out.” 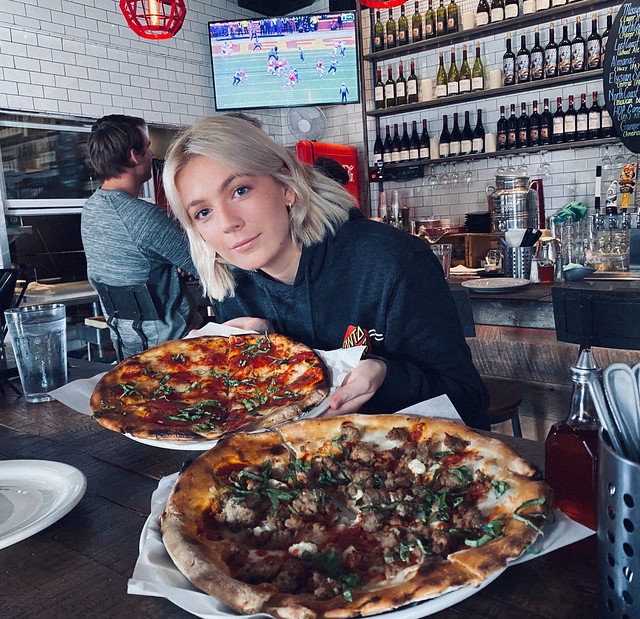 “I’m a pretty basic eater so that definitely follows through in my culinary skills. I also eat a lot of the same meals that are quick to make such as oatmeal, smoothies, roasted vegetables, and salmon done in the oven. Very complicated, intricate work if you ask me. I would definitely love to spend more time cooking for myself. I also love baking with my mom. Honestly, I’ll get so busy keeping up with everything during the work week that I just want something fresh and easy by the end of the day. Trader Joe’s is my life. Over the weekend my mom, family friends, and I like to get together and go out to restaurants or picnic around the local beaches.”

“I have yet to do any hardcore traveling. However, San Francisco will always be near and dear to my heart. As someone who grew up near the city but never got a full grasp on it from being so young, I feel like it’s still uncharted to me. It’s a great city for me to visit and have my wits about me and yet still feel like I have a lot to discover.”

“Cookies or pizza. Honestly, any dessert will make me happy. On the day I publicly announced my signing to Sony Music, I was in San Francisco to perform and share the exciting news at the headquarters of the music app Smule. I’m the first U.S. independent artist to be discovered and signed through the app. To celebrate, Smule surprised the team and I with cookies from a local bakery. I honestly think they were some of the best cookies I’ve ever had! As you can see, there were a few already missing before I was able to take the photo.”

“I’m originally from Petaluma, California. I now live in Orange County. All across the Bay Area there are so many incredible restaurants. Partially being judged by nostalgia, a few favorites of mine in Petaluma are Brixx Pizzeria, Mi Pueblo, Zazzle, Brewsters, Lagunitas Brewing Company, Chinatown for take-out, Sugo Trattoria, and Keny’s Donuts.

Brixx was the first place I ever performed at, in public, which was completely unplanned. Almost every Friday night my family went to Mi Pueblo. The staff and owner are some of the sweetest people you will ever meet. I think I ate a million bean, cheese, and rice burritos. Like I said, basic eater. I was just recently back in town a few weeks ago and went to Zazzle. I could remember the taste of everything on the menu that I ate there when I was ten. The nostalgia hit me so hard I could’ve cried of happiness.

Almost every Sunday, my brother and I would beg and plead our parents to drive us to Keny’s Donuts. I unfortunately can’t remember the owner’s name, but a single woman wakes up at 4 am every single morning to prep and the run the entire shop by herself. I remember standing there at eye level of the donuts, slowly getting taller every year and starting to see more doughnut variety, and looking up at my dad as he had the sweetest conversations with her every single time we walked in.”

“The day my latest single ‘Got This Feeling’ was released, my older brother came by and completely surprised me at the house. My mom also returned home from ‘errands’ with a two-tiered cake, fully decorated with the song title on it. I didn’t expect it at all. My brother’s girlfriend and a close family friend then came over and we spent the entire weekend together barbecuing and hanging out. It’s not often that my family gets to be together. Over the last six years, it’s mainly been my mom and I moving multiple times to places where we don’t know anyone and having our heads down in music. Getting the chance to be with them on a scary milestone day like that really meant a lot to me.”

“The meat thing took me a LONG time to break. I remember being twelve and my parents saying that they were making grilled chicken or steak for dinner. It would feel like the world was ending. I think what helped me was finding an interest in seafood. I still eat a lot of meat-free meals out of preference but I’m much more comfortable with having meat every now and then.”

“I love veggie or the classic Margherita pizza!”

“I’d say I’ve yet to experience anything very strange. I am totally open to it. I ate eel sushi with a friend in San Francisco once. I think what was more shocking was how much of an embarrassment I was at trying to eat with chopsticks and not drop my food. You knew it was a bad sign when even the waiters were laughing at you. I am much better now… although I haven’t been tested in a while. Back in the Bay Area, I had raw oysters at Hog Island Oyster Company. My dad bet that I couldn’t swallow the largest oyster at the table in one bite. It did not end well.”

“My mom studied at The Culinary Institute of America in Greystone and became a certified pastry chef. It was amazing getting to go behind the scenes a few times and be in the kitchens. She worked in a number of bakeries for years after my brother and I became older. I definitely became interested in baking while watching her. Since she was so interested in food overall, it transitioned into exploring different cuisines and restaurants as a family. I think because my family has always valued good food and memorable experiences, it’s made me interested not only in culinary arts but so many other mediums as well.”

“I love watching Jamie Oliver’s cooking channel on YouTube. I really admire his passion for simplistic, quality food. On the baking side, I’m a huge fan of Jemma Wilson who runs the London bake shop Crumbs and Doilies as well as Christina Tosi of Milk Bar.” 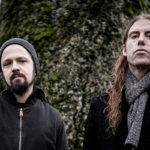 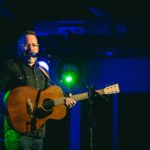