A sub-genre we are rarely afforded the opportunity to delve into is K-rock, the burgeoning Korean rock music movement featuring in its ranks, bands such as Bursters, a group dedicated to maintaining a harder edge and image as they begin to expand rapidly beyond their home of South Korea. The quintet gained the necessary traction when they competed on the televised talent show Superstar K6, placing sixth but also holding the honour of being the first-ever rock band to ever compete on the program.

Bursters just released their sophomore record, Once and for All (Evermore Music), towards the end of March, displaying more of their own, eastern take on the metalcore genre. It’s the follow-up to their 2017 debut, Live In Hope, which quite rapidly had them rising the ranks of the rock world in their native country. They have made such progress in their homeland that they have been referred to as “the new face of Korean Rock” by Kerrang! last year, among other publications and observers.

Rather than talk about the same old musical topics, though, we recently caught up with the band for our latest 190 Proof interview wherein we discuss topics such as their worst hangover, what city was home to their best drunken memory, and their drink of choice.

Gyejin Lee: “So I’m someone who always gets a bad hangover after drinking. But the worst one most recently was after we filmed ‘Smell the Rot’ music video for our full-length album. For nine days straight, I drank every drink I’d wanted but had held myself back on. I think I went a bit overboard because I was in bed for two days afterwards like a corpse. Yeah, it was hard to get through at the time, but that’s certainly not going to stop me from drinking.”

Daegun Noh: “There are so many drinking games in Korea but my favorite is the ‘Noonchi’ game (note: In a group of people, a person says ‘one,’ then another jumps in to say ‘two,’ and so on. If two people say the same number at the same time, they must drink). Whenever I drink with the band, this game ends the quickest but also gets us the drunkest. It’s a short, but strong game.”

Junyong Ahn: “It’s definitely soju (note: clear, distilled alcohol drink) or beer. To be exact, soju or ‘so-maek’ (mix of soju and beer). Bottom line is, soju can’t be out of the picture. Soju is a drink that’s pretty much the representative drink of Korea. It’s strong but not overbearing so it’s great to drink comfortably with your friends. ‘So-maek’ is also good because beer makes it easy to swallow and there are a lot of different ways to make the mix – it’s a fun drink. But our drummer Taehee always says let’s drink just beer so other members give him hell for it all the time. Anyways, over the years we’ve been together, soju is the drink we drank together the most.” 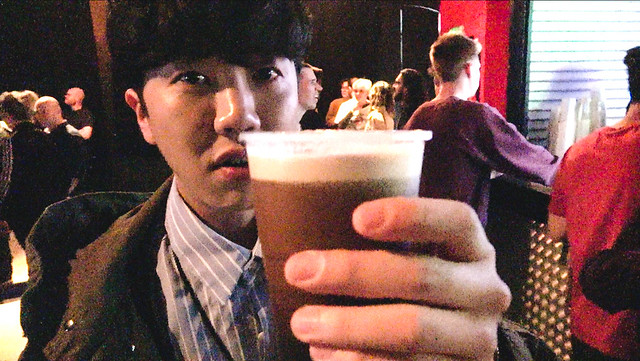 Daegun Noh: “There’s this one memory that was the worst for me but the best for the rest of the members. The other members suggested that we drink more, but then they all got drunk the quickest and ran away, leaving me behind to pay the whole tab. I’ve never seen my band members run that fast since our days in school together.”

Taehee Jo: “London. The rest of the band would agree. On the last night of our UK tour last year, we went to a pub near our hotel in London. I guess we were already in a good mood since it was a sort of wrap-up for the end of our tour, but it was also a new experience for us because everyone in the pub were all chatting with even strangers comfortably and drinking while standing. Very different from how it is in Korea. I also learned that in the UK, people usually drink early in the evening first and then go home for dinner. So that left a big impression on us because first, the atmosphere in that pub was great, and two, it was so different from Korea’s drinking scene.”

Gyejin Lee: “Bacardi! Because it’s strong. When I drink, ‘I don’t drink just enough,’ I drink to get hammered. If I’m not going to get hammered, there’s no reason to drink at all. So I usually drink and drink until my drunkenness is done justly.”

Taehee Jo: “There’s a traditional-style drinking hole we go to as the second place or the third place of the night, or for when the menu kind of doesn’t work out among the five of us. It’s a chain pub called General Nokdu. How the place looks, both exterior and interior, aren’t all that trendy or anything but the food is all Korean style dishes and all damn good. It’s a place you wouldn’t have to worry about hanging out at for too long. In the past, we used to go trying new places all the time, but nowadays, it feels better to have a comfortable go-to place to frequent.”

Taehee Jo: “I’d choose beer. Imagine it, you work hard all day on some hot summer day and arrive home late, then take a shower and open a cold one while at your desk or on your bed. That first mouthful is so refreshing. For me, that feeling from beer is the same kick I feel after a crazy fun performance. I want my life to be like that, a musician like a beer at the end of a day, a comfort or a thrill.”

Junyong Ahn: “It hasn’t changed since I started, actually. Ever since I became an adult, my catchphrase has been ‘Want to get a soju?’ and it’s the same even now. Even on days when band members don’t feel well enough to drink, we just say ‘It’s fine, it’s only hard up to the third drink.’ I think because of that easy-going mindset, soju fits our band the best. Expensive, luxurious drinks, not so much. Soju is the drink for when we want to say what’s on our minds really honestly, or get rid of stress, or just have a good time, the drink you’d get when you ask a friend out of the blue, ‘Wanna drink?’ It’s practically the official drink of Koreans, so I recommend you give it a try if you happen to be in Korea.”

Hwanhee Jo: “It’s beer for me. Since soju is a Korean drink, honestly it’s pricey when you buy it abroad. But with beer, the prices are always reasonable whichever country you’re in, you know. Favourite beers among our members are Stella Artois, Tsingtao Pure Draft, Becks, etc.”

Daegun Noh: “Soju, or ‘so-maek.’ It’s rather low-key, but that’s why you end up gulping down a lot of it and get drunk quickly.”

Junyong Ahn: “Yeah, again, gotta say ‘so-maek.’ It’s good to drink cold, and I also don’t have to pig out so much on the food because ‘so-maek’ fills me up. So yes, ‘so-maek’ has obliterated me the most.”

Hwanhee Jo: “One time, I got insanely drunk with the band and fell asleep inside the pub. Then we went outside and I just sprawled out completely on the road like I’m going to bed. I was so glued to the road the members practically carried me home. That’s just one example… way too many to count.” 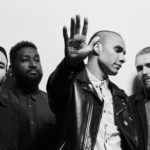 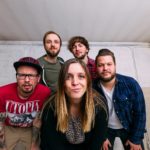