Heartracer didn’t just pull their name out of a hat; there’s actually a very important meaning behind the otherwise very rock n’ roll name. The band is named after lead singer and keyboardist Chris Cosby’s tachycardia diagnosis, a condition that causes the heart to beat very fast with slowdowns occurring at random times. Fortunately, Chris is still able to write and perform with at full efficiency, but the condition has certainly played an influence in their songwriting and overall approach to their art.

Chris formed Heartracer a few years ago, along with his brother Chip, in Richmond, Virginia. They are now a well-rounded quartet capable of writing timeless hooks, emotional breakdowns, and lyrics that will resonate with many a listener.

Heartracer recently released their brand new single “Darling,” a song full of emotional jump-starts and comedowns that navigate the difficult space of love. There are moments of rejoicing at certain points, which are then rivalled by wanderings among the ruins. There is vulnerability, but then hopefulness. It’s basically an emotional trip with some rather personal lyrics delivered by Chris’ unmistakable vocals.

Rather than dwell on the music, though, we decided it would be a good time for a change of pace. We recently spoke to Chris about his alcohol beverage preferences, and he delivered with a very detailed look into his favourite types of booze, writing while drinking, and some more off the wall, fun questions. Enjoy!

“Honestly I’ve never really understood drinking games. Drinking to me is fun in it itself. Typically when I drink more than anything I just want to have a good conversation. As they say in Ireland ‘a piss and a chat.’”

“For sure. Anything to slow down the logic side of your brain helps with the creative process. It really can depend; for whiskey, I love Templeton Rye Whiskey, Yamazaki, High West. My wife is from Belarus so we have some great vodka we brought back to the states. Also, they make a moonshine there called ‘Samagon’ which is basically home-made vodka. It’s super strong but super clear. Speaking of clear I also love a good chilled tequila with a lime every once and a while.”

If you had to name your band after an alcohol/specific drink brand, what would you call yourselves?

“How about The Templetons? (laughs)” 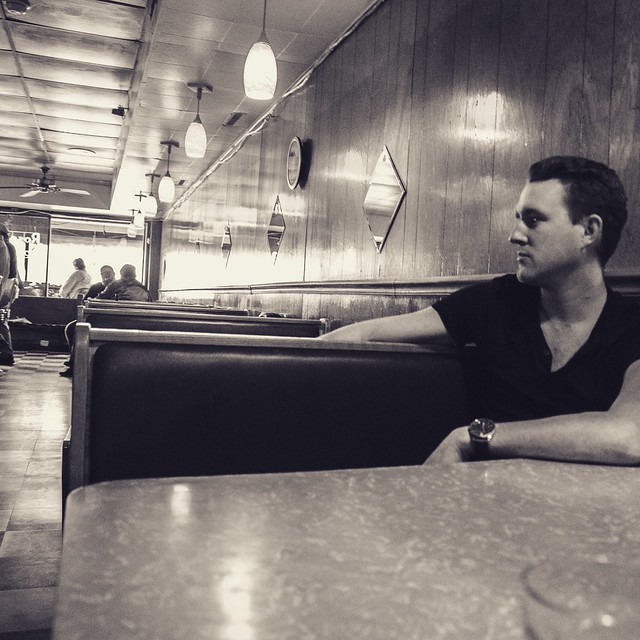 “There’s a drink my cousin John turned us onto called the ‘Boo.’ It’s Crown Royal, coke, and a splash of Red Bull. It’s a great pre-show drink.”

“Probably Raleigh, North Carolina. I started talking to a fan at one of our shows. She basically professed that she was an escort but I had a few too many and when our drummer decided he was going home with her I probably should have mentioned that detail (laughs).”

“Nothing terrible, maybe a forgotten lyric or two or maybe the drummer forgot his drum sticks. Nothing game-breaking yet!”

“This might be more of our worst drunken memory but Wilmington, North Carolina for sure. We were told we could park our car and trailer in a bank parking lot across the street from the venue. When we decided we would go out after the show we Ubered and decided we would get our car the following day. Obviously, we were not thinking clearly as the bank would need their lot during the day. Because of this, our vehicle and trailer with all of our gear were towed and we had to pay about 300 dollars to get it back.”

“Beer should definitely have some head. The best beers I’ve ever had have been in Germany and the Czech Republic. They have a saying in Czech that you should be able to drink the beer with a spoon.”

“Probably the ‘Boo’ I mentioned earlier. There’s something super ratchet and southern about it but at the same time has a high energy kick. Definitely have to be careful with this drink because of my tachycardia.”

What’s the worst (or best) dive bar you’ve ever visited?

“My brother Chip frequents a dive bar in Richmond called The Rose Marie Inn. He likes it because in many ways it’s one of the only bars left that has a local establishment feel. You always see the same regulars there and there is a camaraderie to that. Also, it’s tough to find a bar in America that isn’t for watching sports with one hundred TVs splattered all over the walls. If I go to a bar it’s to drink and socialize, If I want to watch TV I’ll do it at home.”

“I’d probably introduce them to wine first. It’s a pretty ancient drink and has influenced our culture probably more than any other.”

“I started primarily with beer but now I enjoy red wine.”

Ever been hit on stage by someone throwing their drink/bottle?

“Fortunately not. However, the city of Richmond is notorious because the legendary reggae artist Toots from Toots and the Maytals was struck by a thrown bottle on the head and now can no longer perform. The kid that threw that bottle was still in high school. If I had seen him throw that it wouldn’t have ended well for him. I think he’s getting jail time though.” 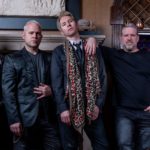 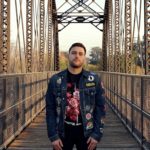