If you’re three cheers too late, then you really have to get with the program! Three Cheers Too Late may be the most perfect-ever name for a pop-punk band and that’s exactly the genre within which you can identify this New Jersey quartet. New single “Home Again” serves as the opener for the group’s brand new sophomore EP, a rousing, energetic track that kicks your energy into high gear for what’s to come.

It also acts as the beginning of an emotional story that you’re taken on inspired by singer Anthony Santiago and the loss of his grandmother with whom he was very close. After her passing this past November, Santiago became motivated to put his feelings into music, describing how his family now is left to learn how to get along without her presence. It’s a moving story and one that will resonate with anyone who has recently lost anyone close to them.

“I just took what I felt and put it on paper,” Santiago said of “Home Again.” “The main thing this song accomplished for me was taking part of what I felt inside and helping me get it off my chest so it wasn’t weighing on my conscious as much. I hope that when people listen to this song it helps them understand that life is short, and to always let your loved ones know how you feel before they aren’t here anymore. Love with all you’ve got and know that a house is only a home because the people you love are there.”

The new EP serves as the follow up to Three Cheers Too Late’s debut EP Don’t Expect Me, which featured the well-received skate punk single “Kicked In.” The song helped lay the groundwork for not only their future direction, but it also acted as a heads up to the punk community which helped secure tour dates alongside Carousel Kings, Sundressed, Stickup Kid, and We Were Sharks. The new EP can be best summed up as a display of courage in an otherwise difficult year. If you’ve recently been through a similar experience, then you’ll find a lot to relate to on this truly immersive work. 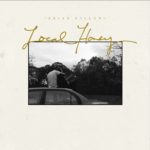 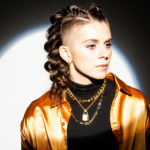