Theory Of A Deadman, along with W3apons, made a stop at Toronto’s Rebel in support of their “Say Nothing” tour, and latest album of the same name, released at the end of January.

Saskatoon rockers W3apons started the show tonight, and this powerhouse trio kicked some ass. It was a fairly short set only five songs, but they certainly did set the mood for the evening! The band even played a Rage Against The Machine cover which really sparked the crowd’s enthusiasm.

After asking “Are You Ready for Fucking Theory of a Deadman?” lead singer and guitarist Jordan Welbourne alerted us that the band was getting to their last song of the evening. W3apons’ setlist included “Off The Top Of My Heart,” “Best I Ever Had,” “Broken Promises,” “Bulls On Parade,” and “She Was The One.”

When the lights came on to do the stage change-up, I took notice of how packed Rebel was for this show. A quick flick of a flashlight by the roadcrew signals that it was time for tonight’s headliners to hit the stage. 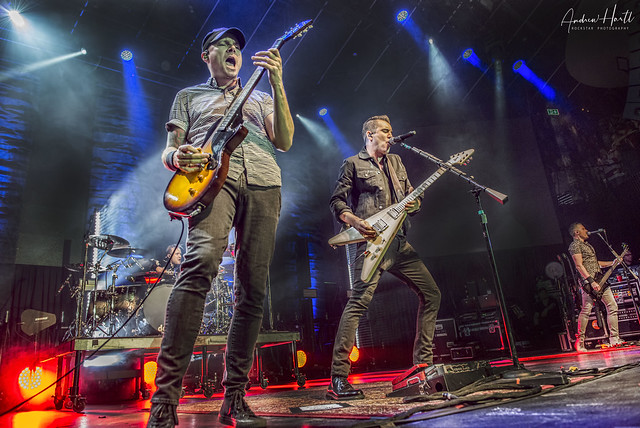 Delta British Columbia’s Theory of a Deadman (a.k.a. Theory) sauntered out onto the stage amid cheers of approval, from a seemingly female-dominated audience. Lots of happy guys in the crowd I would assume… nudge nudge.. wink wink… say no more.

After the first song or two, frontman Tyler Connolly, who was noticeably sporting a bandage on his forehead, mentioned that he had a bit of a mishap before the show backstage. “There was a lot of blood, and it hurt a little,” said Connolly. “And since it is legal here… I had some T.H.C. Tincture, and now I don’t feel a fucking thing!” The crowd roared their approval, and the band ripped into their next tune.

The band in itself is exciting to watch because they actually look like they’re having a blast on stage. I think that the crowd fed off of that, which in turn makes for a memorable concert experience. And in the end, isn’t that just what we want a show to be? Judging from the number of sold-out shows and packed venues on this tour, I think their formula is working. 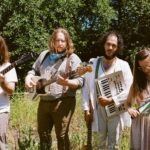 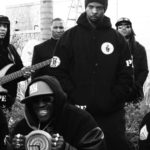