Theodore is a musician’s musician. Both a multi-instrumentalist and a composer, he is a lifelong student of music, learning piano and traditional Greek folk while living in Athens. This pushed him into a career in songwriting and composition, a long but rewarding path that sees the artist return with his newest single, “The Lisper,” and its accompanying lyric video. A sweet and delicate love song, it builds slowly, from Theodore quietly singing the words without much instrumentation to, about halfway through, when a full-on barrage of classical arrangement begins, before returning to a delicate state. It’s atmospheric and one can’t help but be gripped by the emotion in both the music and Theodore’s voice.

Not only is “The Lisper” a love song, but it may be the first that Theodore has ever composed. As he explains, “‘The Lisper’ is a song that I was fighting with for some years. It’s probably the first love song I ever did and definitely the brightest. It’s a song that celebrates pure love, in the way that we all dreamed about it as children. The lyrics present the whole experience of falling in love. Musically, the first part of the song is calm, sweet and a bit reluctant. And the ending feels like a parade shows up like fireworks hit the sky. Which is exactly how it feels when you get the first positive signs from your loved one!”

As a professional musician, Theodore’s career really began to take off after he studied Music Composition in London in 2011. His 2016 debut album, It Is But It’s Not, was released in 2016 and was performed live at Abbey Road Studio 2 in London. He creates his sound using a mix of classical, piano-driven compositions and then adding in electronic elements that even borrow from the ‘80s era of synth-wave. Vocally, he relies on a more haunting, yet beautiful style of singing which can at times mellow, hypnotic, and stirring. With such talents, Theodore has also gotten involved in writing for theatrical pieces like Matina Megla’s Window and Vladan Nikolic’s film Bourek. He has also been commissioned to compose a new score for The Cameraman, a universally-acclaimed 1928 silent comedy from legendary director Buster Keaton.

From a musician’s point of view, there are very few as widely accomplished as Theodore. Music is his life, his hobby, and his career. It’s a safe bet that he’s writing away at something right as you’re reading this right now… 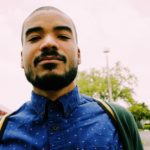 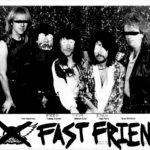