Would someone shut those noisy crows up already? Ok, maybe we don’t want that in this particular instance… Coming to you from the beautiful surroundings of Charlottetown, Prince Edward Island, The Noisy Crows are a rock-driven trio capable of creating those melodies we all can’t help but love. As a new band, they haven’t yet had the time or opportunity to create a massive discography of material, but they’re well on their way with their new single “Do You Ever?”

With musical tastes spanning far and wide, drummer Josh Macneil, bassist Curtis MacDonald, and singer and guitarist Josh Buttery find a way to make it all work together, staying true to a common musical vision to which they’ve all agreed. With that in order, they are happy to get moving, putting the work in, and become well-recognized for their abilities and most of all, their music. You can find more of the group’s music via Spotify.

“The song is asking questions that a lot of people ask after the end of a relationship,” commented the band regarding “Do You Ever.” “Asking ‘Do You Ever’ feel these things that I’m feeling. ‘Do you ever miss me,’ ‘Do you ever wake up and forget that I’m not there?’ Or am I the only one who feels like this? Towards the end, it also asks ‘is this something that’s here to stay?’ Will I always ask myself these questions or will this pass? Which I feel is very relatable and something that most people go through at some point in their lives.”

With such a relatable song and such relatable individuals, we spoke with The Noisy Crows to hear more about “Do You Ever?” the band’s long-term goals, and just what is happening in the P.E.I. music scene these days?

“Do You Ever” is a fast-paced, rock anthem with lots of melody to it. What was the process in terms of coming up with the guitar riff and song structure?

Josh Buttery: “Writing this song was actually very different from the way we usually do thing. I actually wrote the lead riff that you hear in the chorus before I wrote anything else. I recorded the lead part on my phone and then played it back to myself while I figured out the chords behind it.”

What can you tell us about this song from a lyrical standpoint?

“Lyrically the idea behind the song is pretty basic. The words stemmed from when I first moved into my own apartment after a breakup. There was a couple of times where I’d wake up and still be half asleep and I’d sort of forget where I was and forget that I was by myself which prompted the opening line ‘do you ever wake up and forget that I’m not there’ and the rest just sort of flowed from there.”

We don’t speak to a lot of bands from Prince Edward Island so this is a bit unique for us. What’s going on in terms of rock n’ roll in P.E.I. nowadays? What are some of the bands or musicians you really enjoy from the area?

“We’re all really into Calm Baretta. Josh (Carter) has got some wicked lyrics and they have a big emotional impact while staying really fun and easy to dance to which I think is a really great combo. Little Cities is another band from Charlottetown that we like and have played a lot with. They’re more on the pop-rock side of things and they’re really starting to make waves. Not to mention all great dudes.”

Do bands either from outside of the Maritimes or even from the U.S. ever come to Charlottetown to play? Or is it mostly the local scene that you rely on for exposure to other musical acts?

“It definitely happens, but not as often as we wish it would. P.E.I. has a really great supportive music scene full of awesome local talent so we have lots of great shows happening that’s mostly island artists. The fact that it costs just shy of 50 dollars to cross the bridge to leave the island makes it a little more risky when you add gas money to come here, especially for smaller bands from elsewhere in the Maritimes.”

With the band still new, what are you hoping to accomplish with The Noisy Crows for the rest of this year? What are some of the more immediate goals you have in mind?

“We head back into the studio at the end of April which we’re really excited about. I think the next thing we’ve got to check off is a music video, along with playing some shows off-island.” 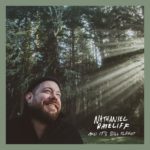 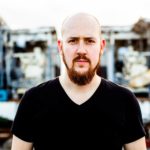