You may not be having a great time, but you could still stop being such a “Downer,” ok? Jokes aside, there are no downers here today. Quite the opposite in fact; we’ve got the latest video from The Desert Island Big Band and it’s just rad! “Downer” is the latest music to come from the mind and heart of Stefan Jurewicz, a solo artist whose most recent track “One (Isn’t That What You Want?),” dropped in November 2019. With further plans for more music in 2020, thankfully, this artist’s catalogue is bound to keep growing.

While many songs are composed with a very specific reason in mind, Jurewicz really hasn’t a clue anymore as to how “Downer” actually was written. As he explains, “Over time I’ve forgotten what exactly happened that spurred me to write the song, but I do remember having a particularly awful fight with someone I cared for, sitting down in my home studio, and grabbing a friend’s guitar that had been lent to me for another session. The chords and first two lines poured out immediately, and before I knew it I was grabbing microphones and laying down parts and ideas. I forgot about the song for a year or two, and revisited it once I’d moved into a new place, where I finished up the last of the production (though most of that initial session is still in the final version). Despite forgetting where it came from, that chorus line ‘I don’t wanna be a downer, but I’m not having a great time’ still resonates with me, because it’s got just the right amount of humour in it while still retaining a really simple yet potent message.”

That hint of sarcasm that Jurewicz just alluded to is an aspect that is ingrained within the fabric of his music. Along with the screaming guitars, biting sarcasm has also become a fundamental aspect of how he expresses himself musically. Over time, Jurewicz has learned to push his own personal boundaries and not hold back from what he is trying to express. The Desert Island Big Band is all about embracing discomfort and voicing opinions without any restrictions attached. By putting it all on the line, Jurewicz has been better able to connect with his audience on a more emotional level which, in turn, has helped him establish a closer relationship with those who are endeared to his talents and realism.

To accompany the premiere of “Downer” we spoke with Jurewicz about the music video, his own involvement in the creative process, and his expanding back catalogue of music.

For the new video that accompanies “Downer,” you went the artistic route with a more ambiguous and interpretative music video. Who did you work with to create and produce this video?

Stefan Jurewicz: “At the risk of sounding cliched, I hired a dream team of people to work on this video. Dominic Llanos of K Collective was the videographer on the shoot. I’ve known him longer than I haven’t at this point, and I’ve had the privilege of watching him grow into the absolute force he is now. His work is objectively phenomenal, and I’m lucky to be able to work with him as often as I have in the past.

The dancer in the video is Jasmine Van Schouwen, who I’ve also known for a number of years. Dom and I were throwing around concepts for the video, and when we settled on having it dance-oriented I knew exactly who I wanted to call. I was blown away by the amount of work she put into prepping everything, and she was very involved in the creative process as well; constantly bouncing ideas back and forth with me.

Finally, I hired Brandon Smith to take behind-the-scenes and promo shots, many of which I’ve already been sharing. Since I met him he’s been my go-to photographer for just about anything. He has such a calm energy, and never fails to deliver an incredible product.”

“Having the history with Dom that I do I’m happy to let him take the reigns a lot of the time. I tend to be a bit of a control freak otherwise, but we’ve got a working relationship that supersedes that. He was the one who pitched the idea for ‘Downer,’ and it really didn’t change much from there.”

How do you feel the video helps emphasize the feeling or impact of “Downer” as a song? Do you feel like it says something more about the song?

“As I alluded to earlier, Jasmine was a huge creative force behind this video. She asked a ton of questions beforehand to get a better understanding of the song, and because of that she added a ton to it. When the camera starting rolling and she launched into her choreography I got chills seeing what she’d done with what I’d given her. It’s one thing to try and put feelings into words, but seeing a human body move with that same intensity was something I’d never really experienced before. I truly feel like I connected with my own song in a different way after seeing her take on it.”

You stated that you don’t even remember how or why you originally wrote “Downer.” What motivated you to revisit “Downer” after it had been on the shelf for a couple of years?

“Every so often I like to do a deep dive through my hard drives to see what might have slipped through the cracks. ‘Downer’ was one of those songs that, while maybe not being the most impressive outright, seemed to have potential. After a little finessing (read: proper production) it really proved itself to me.”

“At this point, I think I have five to six songs finished and ready to be released, with about the same amount in the pre-production phase.” 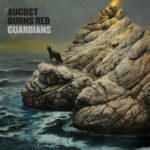 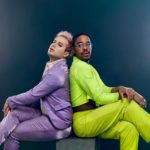 Fab The Duo Talk Personal Freedom, Working with Mariahlynn, and Creativity Amidst Covid-19