It’s not often that you get a combined presence of classical/orchestral sounds and indie-pop in one act, but that’s just the essence of The Brilliance. The duo is just releasing their brand new single “Give Me Doubt” which serves as the title track to their brand new EP, due for release on March 13th. It acts as a quick follow-up to their sophomore album Suite No. 2: World Keeps Spinning: An Antidote to Modern Anxiety which dropped last year. Consisting of songwriter David Gungor and composer John Arndt, the two come from very different musical backgrounds and seamlessly mesh their individual styles together to create a more advanced, mature form of indie-pop that has no trouble differentiating itself from the rest of the pack.

There is a lot more to “Give Me Doubt” than it may seem on the surface. As Arndt so eloquently states, “Fundamentalism always leads to violence because it can’t acknowledge experience or truth outside of its own perspective. With absolutism, we only see fragility and not commonality. Many times we find ourselves making the same mistake many fundamentalists from history have made… Alienating those who do not agree with us politically or philosophically. So if our own views blind us from seeing the dignity and humanity of those who we disagree with, ‘give me doubt.”

More than just collaborators, Gungor and Arndt go all the way back to childhood when they grew up together in Wisconsin. Despite their closeness, the two now operate with each other from a distance, all the way between Minneapolis and New York. Their songs often feature a wide range of guest appearances, including singers, rappers, cellists and even full orchestra arrangements.

The Brilliance recently released its two-part Suite series with the Dreamer Suite released in November 2018, followed by Suite No. 2 just this past January, a concept record that looks into the deeper causes of modern anxiety while searching for methods of coping with such overriding feelings of dread. The album features a full orchestra and choir which lends presence to a very wide musical spectrum.

There’s a lot of beauty in The Brilliance, and brilliance in the beauty. That’s about the perfect way to sum up this eclectic musical duo. 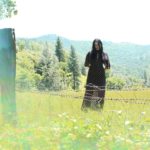 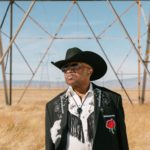